The U.S. & China on Climate Change at the U.N. General Assembly 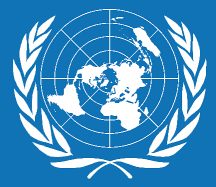 This past week the U.N. General Assembly in New York was filled with wave after wave of speeches and meetings dedicated to limiting global climate change.  With the December Copenhagen conference less than three months away, the question remains – has there been any progress?

On Tuesday, September 22, both President Barack Obama and President Hu Jintao (pronounced Who Jin-Dao) separately addressed the General Assembly, each discussing their country’s commitment to a global climate change agreement.   Their rhetoric was considerably more conciliatory, signaling that perhaps the two largest polluters of greenhouse gases are finding common ground.  The substance of their speeches though, indicated that there still remains a large division between these two critical countries.

This past summer saw many important countries digging in their heels on climate change.  In July and August, both China and India adamantly stated that they would not agree to any type of defined targets that would limit their greenhouse gas emissions.  In June, the U.S. House of Representatives narrowly passed a climate change bill which received notable criticism from both sides of the aisle upon its passage, questioning the bill’s ability to pass the Senate.

But on Tuesday, President Barack Obama reinforced his Administration’s commitment to limit greenhouse gases, indicating his willingness to push his Democratic colleagues in the Senate to pass a climate change bill.  In response to the E.U.’s recent promise to assist developing nations both financially and technically in battling climate change, President Obama also committed the U.S. to help.

President Hu Jintao’s speech was heralded as a huge step forward for the Chinese.  President Hu affirmed his country’s 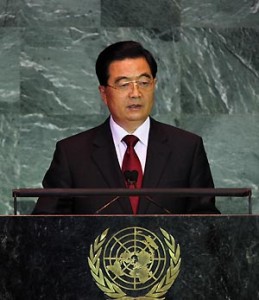 India also seems to be moving in the direction of targets.  In an interview with the Financial Times on Tuesday, India’s environment minister, Jairam Ramesh discussed the possibility that India could adopt legislation increasing its energy efficiency and thus having “implicit targets.”

Divisions That Could Hamper an Agreement in Copenhagen

Target: What is in a Word?
The press has largely been positive to President Hu’s discussion of “mandatory national targets for reducing energy intensity,” heralding such a step as China’s “first commitment to climate change targets” and that China “pledges to lead effort to combat climate change.”

While it is true that this is a step forward for the Chinese – never before have they used the word “target” in reference to climate change on the world stage – in no way is this a “carbon emissions target.”  In fact, China has been using “energy efficiency targets” domestically since 2005.  As John Romankiewicz explained on the Green Leap Forward, in China’s 11th Five Year Plan passed in 2005, the Chinese government established a 20% reduction target in energy intensity from 2006 to 2010.  While this is a laudable goal, it still allows China to increase its carbon emissions since there is no cap – the calculation is relative to the percentage growth of GDP.

Additionally, a focus on energy intensity only marginally impacts carbon emissions, a fact not lost on President Hu in his speech on Tuesday.  After committing China to set targets to reduce its energy intensity, President Hu vaguely addressed carbon emissions by noting that China will “endeavor to cut carbon dioxide emissions [inaudible in original speech but likely “as a percentage of”] GDP by a notable margin by 2020 from the 2005 level.”

China has certainly taken a step forward on approaching some form of targets.  Furthermore, by even mentioning targets, China implicitly commits to making those targets measurable and verifiable as Julian L. Wong from the Center for American Progress noted, something that China in the past was not willing to do.  So there has been progress which China should be rightly commended for.  But at this stage, to limit global warming to the U.N. target of 2º Celsius, the world community needs to push China to agree to carbon emissions targets.

Obama Adverse to China Being Defined as a Developing Nation?
Central to the requirement of carbon targets is the definition of “developing nation” and this was perhaps the greatest divide between the U.S. and China, and could possibly stall progress in Copenhagen.

For purposes of climate change negotiations, China has repeatedly portrayed itself as a developing country.  In his speech on Tuesday, President Hu dedicated around two-thirds of it to discussing the special circumstances of developing countries, implying that China is one such nation.

Under the previous international climate change treaty, the Kyoto Protocol of 1997, China was defined as a developing nation.  China is keen to keep this definition in Copenhagen for two reasons: (1) emission targets are not applicable to developing nations, and (2) developing nations can avail themselves of financial and technical aid provided by developed nations.

It is the second reason that appears to be more important to the Chinese.  In prior climate change negotiation simulations that global power participate in as practice for Copenhagen, the Chinese representatives do not budge unless there is an offer of technical or financial assistance from other countries like the U.S. or the E.U.  President Hu’s speech reiterated the importance of such assistance to the Chinese: “developed countries should take up their responsibility and provide new, additional, adequate and predictable financial support to developing countries…” 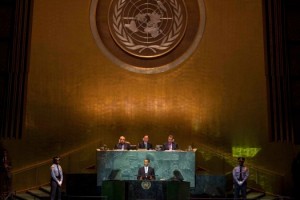 appeared to disagree with President Hu that China is such a country.  In his speech before the U.N., President Obama put China and the U.S. on the same level in assisting developing countries: “These [developing] nations do not have the same resources to combat climate change as countries like the United States or China do…” (emphasis added).

This division between the two countries regarding the developmental status of China could do one of two things: (a) completely derail any agreement in Copenhagen that includes both the U.S. and China, or (b) provide the compromise necessary to have the two largest emitters of greenhouse gases agree to a climate change agreement.  U.S. policy makers should look to the latter.  Agreeing to provide financial and technical assistance to China might just be the push necessary to get it to agree to carbon emission targets, a necessary goal to limit global climate change.

For a transcript of President Barack Obama’s address to the U.N., click here.

For a transcript of President Hu Jintao’s address to the U.N., click here.