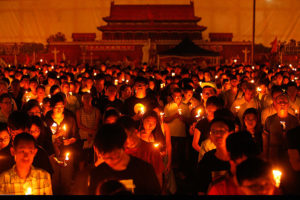 And that is why those outside of China must never forget June 4, 1989 and continue to memorialize and investigate the events. Someday, the Chinese people will be free to remember their history as they choose to; not as the Chinese Communist Party tells them to. When that moment happens, the Chinese will be able to access the memories that the rest of the world has temporarily maintained on their behalf.

In that regards, China Law & Policy has dedicated this portion of its website to its interviews (Talking Tiananmen) and writings (Writings on Tiananmen) on the 1989 Tiananmen crackdown.  Click on the links below to go to either section.  We welcome others to freely use these interviews and writings but would appreciate a citation that the work is originally from China Law & Policy.