For students of Chinese language, Pleco has become indispensable and has made communicating in Chinese much easier.  Unfathomable fifteen years ago, Pleco  – an electronic Chinese-English, English-Chinese dictionary – has completely revolutionized the way students learn Chinese.  Now, every student has a Pleco app on her iPhone or Droid and can easily look up an unrecognizable character by tracing the character on the phone’s screen or taking a picture of the character with the phone’s camera (known as OCR technology).  No longer is there a need to look up a character in a dictionary by identifying the radical and counting the stroke order, saving an inordinate amount of time and frustration.  But with this ease, do students of the language lose anything?  On February 1, 2012, China Law & Policy sat down with Michael Love, the founder and CEO of Pleco, to discuss the impact of his dictionary on the Chinese language, the future of Pleco and the obstacles Michael faces as an internet company in doing business in China. 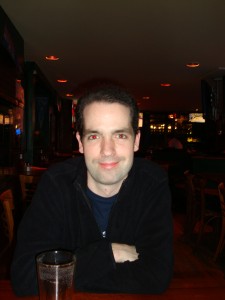 Click here to listen to the interview with Pleco founder and CEO, Michael Love
Length: 27 Minutes (audio will open in another browser)