China’s Social Credit System – What is it and how different is it from the U.S. system? 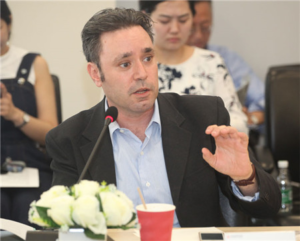 China’s social credit system has been getting a lot of press in the West, and most of it bad.  It has largely been described by the Western press as “dystopian” and “Orwellian”; it has been compared to the British television show “Black Mirror” and the Hollywood blockbuster “Minority Report”- stories of technology out of control.  It has been used to show what could come to the West if we are not careful with our technology.

But, as Jeremy Daum, senior research scholar at Yale Law School’s Paul Tsai China Center, and the founder and chief editor of China Law Translate makes clear in this October 2018 interview with China Law & Policy, China’s social credit system is far from the boogeyman that the Western press would have you believe.  And there are aspects of the system that are not that different than what we have in the United States.  So to find out the “T” – the truth – on China’s social credit system, reading/listening to this interview is a must.

Listen to the Interview with Jeremy Daum:

Click here to open a PDF of the Transcript of the Jeremy Daum Interview.

If the length of the interview is too long for one sitting, check out our “two-part breakdown” of the 1 hour, 8 minute interview: