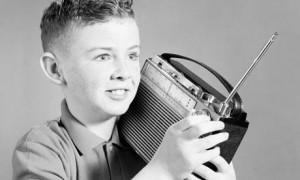 Be Cool, Listen to Our Podcasts!

You Heard it Here First…..

China Law & Policy is pleased to introduce its podcast series.  Listed below are interviews with various experts on subjects that impact U.S.-China relations.  Please click on the title to go to the page for the interview.  Each page will include an audio of the interview as well as the transcript (unless otherwise noted).  This page will be periodically updated as we interview more China hands.

Ideas for an interview?  Email China Law & Policy at: elynch@chinalawandpolicy.com

China’s Social Credit System – What is it and how different is it from the U.S. systems?
With Jeremy Daum, senior research scholar at Yale Law School’s Paul Tsai China Center, and founder and chief editor of China Law Translate
October 24, 2018
Length: 1 hour, 8 minutes

Talking North Korea At the Outset of the Trump Administration
With Jenny Town, Research Analyst at the Stimson Center & Managing Editor of 38 North
March 26, 2017
Length: 37 minutes

Protection of the Mentally Ill under China’s Criminal Procedure Law
With Zhiyuan GUO, professor of law at the China University of Politics and Law
March 17, 2010
Length: Transcript only