And Things Just Got More Awesome: CECC To Host Hearing on Rights Lawyers 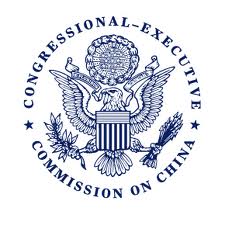 For those not in Washington, D.C., the hearing will also be broadcast live on the CECC’s website.

The hearing will also be archived on the CECC’s website. 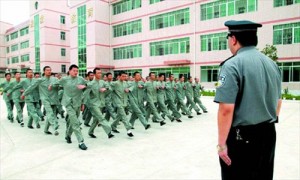 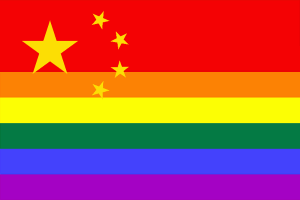 Asia Catalyst and the Leitner Center for International Law & Justice :
China’s Comrades: New Developments in LGBT Rights
Social and political attitudes towards sexual orientation and gender identity are changing rapidly in China.  Vibrant new LGBT networks have sprung up around the country.  At the same time, activists report widespread discrimination against LGBT people, and Chinese media have reported on several hate crimes in recent years.
Discussing the significance of these changes will be:
RSVP IS REQUIRED: http://chinascomrades.eventbrite.com/#
Date: Wednesday, Nov. 7, 2010
Time: 4 pm – 5:50 pm
Where: Fordham Law School, Room 312
1.5 NY CLE Credits Free to Public Interest Lawyers ($90 for all others – please view RSVP page to arrange payment)
RSVP IS REQUIRED: http://chinascomrades.eventbrite.com/# 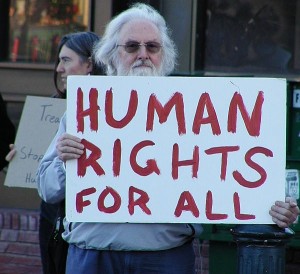 NYC Event – How are Legal Services Administered In China – Mar 12 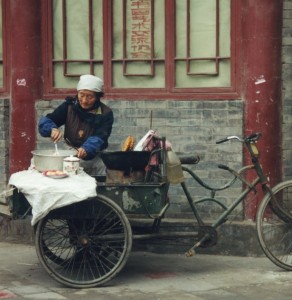 Light refreshments will be served at the China Chat!

Hopkins Nanjing Center and Asia Catalyst are sponsoring an informal “China Chat” about legal services organizations in China.  Lawyers from the All China Environment Federation and from the Beijing Migrant Worker Legal Aid Station will speak about their work, cases they have brought and obstacles they have faced.  We read about the work of many of these lawyers in the New York Times and the South China Morning Post, but rarely is there an opportunity to hear directly for the lawyers doing the work themselves.

RSVP is required to this exciting event: skrumm@asiactalyst.org

Directions:  Take the #1 subway to Franklin Street, walk one block west to Hudson and two blocks south to Jay Street, make a right. ECFA is on the left-hand side going toward Greenwich.

Light Refreshments will be served! 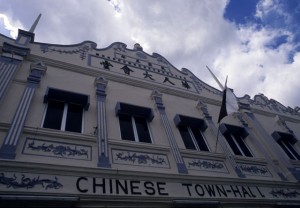 Since 2007, the National Committee for US-China Relations (NCUCR) has hosted a “China Town Hall,” a national day of awareness of the U.S.’ relationship with China.  As part of this Town Hall, the NCUCR organizes events throughout the country, hosts a webchat with a prominent China person (last year was US Ambassador to China Jon Huntsman), and encourages the local events to invite their own local guest speaker for a live conversation.

For the 2011 China Town Hall, NCUCR will be hosting a webchat with President Carter’s National Security Advisor Zbigniew Brzezinski.  Although it was President Nixon who was the first U.S. president to visit the People’s Republic of China (PRC), it was under President Carter that relations with the PRC were normalized and recognition of the Republic of China (Taiwan) was cut.  Dr. Brzezinski was in the middle of all these decisions.  More recently, Dr. Brzezinski has commented on the US-China relationship in a January 2011 N.Y. Times op-ed (see criticism of his opinion here). 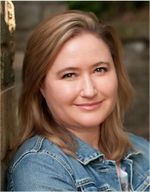 Fordham Law School, with the local guest none other than internet freedom guru Rebecca MacKinnon.  Now, I have never seen Prof. MacKinnon speak before, but in following her blog and her twitter feed, I have a feeling her talk is not to be missed.

BUT for the Fordham event, you NEED to RSVP – the event is free but RSVP is required.  Please RSVP here: http://cthnyc.eventbrite.com

For a listing of China Town Hall Events in your neighborhood, click here: http://www.ncuscr.org/cth 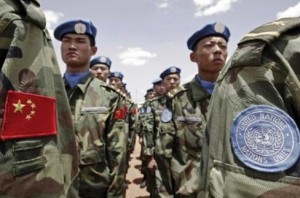 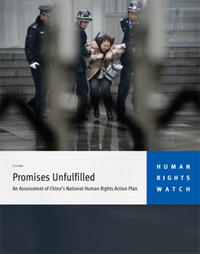 In April 2009, the Chinese government released its first  National Human Rights Action Plan (2009-2010) ostensibly to better protect the civil rights and civil liberties enshrined in the Chinese Constitution, such as the right to a fair trial, the right to question the government and the need to eliminate torture in police interrogations.  With such a bold plan, the question remains – how did China do in fulfilling the promises of its first Human Rights Action Plan.

Human Rights Watch (“HRW”), in its recent report, “Promises Unfulfilled: An Assessment of China’s National Human Rights Action Plan,” attempts to answer that question and to explain how a country which promotes economic freedom has seen a recent regression in terms of civil liberties.

HRW China researcher Phelim Kine will present the findings of “Promises Unfulfilled” in a discussion at Seton Hall School of Law in Newark New Jersey on February 9, 2011.  Hosted by Chinese legal expert and Seton Hall Law Professor Margaret K. Lewis and with participation from the Open Society Institute’s China Program Director, Thomas Kellogg, the discussion should prove to be an interesting conversation of an issue that was front and center at President Hu Jintao’s recent visit to the U.S.  RSVP is appreciated (http://law.shu.edu/chinahumanrights).

And just as a shout out to HRW – their reports are pretty amazing and there are only a few other organizations that are able to produce such accurate and informative reports regarding what’s happening on the ground in China.  Phelim Kine is not to be missed!