It is no easy feat to try to write a book that captures the soul of a society that has seven thousand years of history. But in The Buried: An Archaeology of the Egyptian Revolution

, Peter Hessler has done just that – providing a fascinating snapshot of where Egypt has been and where it likely is going.  As someone who devoured all three of Hessler’s previous award-winning books on China, I was not at all surprised that Hessler was able to pull this one off.  China, with its five thousand years of history and equally turbulent modern times, was certainly the perfect practice.

After serving as the New Yorker’s China correspondent from 2000 to 2007, Hessler decided to move his family to Egypt.  His goal was simple: to write about the archeological digs at Egypt’s various burial sites.  But just before his move in 2011, hundreds of thousands of Egyptian students took to the streets in the wave of peaceful protests that were sweeping the Arab world earlier that year.  In Egypt, the “Arab Spring” resulted in the overthrow of Honsi Mubarak, Egypt’s authoritarian leader for 30 years.  And it is in this post-revolution euphoria that Hessler moves there.  Unable to ignore the new history being written before his eyes, such as the election of a Muslim Brotherhood president, the military-sponsored massacre at Rabaa and the eventual coup of the newly-elected president, The Buried eloquently weaves the country’s ancient history with its more recent, tumultuous present.

Documenting the events that made up the Egyptian Arab Spring was a simple task – Hessler’s just being there was enough.  But to access the underlying culture and communicate it without judgment, is a much more difficult endeavor, especially for someone who is visibly non-Egyptian.  In an effort to overcome his outsider status, Hessler committed to learning Egyptian Arabic.  And as with his books about China, The Buried highlights Hessler’s true talent once he has mastered enough of the language: his ability to tell the story of a society through the eyes of ordinary people.  Sayyid, the local garbage collector, provides insight into Egypt’s devoutly Muslim, working class and the efforts they take just to live.  Rifaat, Hessler’s irreverent – and at times hilarious – Arabic teacher, portrays those highly educated Egyptians frustrated that Egypt is still muddled in its development.  And then there is Manu, likely the most tragic of all.  A highly intelligent, talented young man, but because of his sexuality, is constantly subjected to physical violence, police harassment, and societal abuse. It is through these memorable characters, and the humanity that Hessler capture’s in each, that allows the reader to truly understand  their struggles in a country that still has a long way to go to be responsive to its people’s needs. 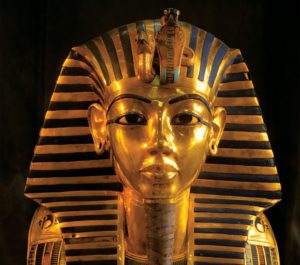 But it is Hessler’s comparison to China that provides the most insight into Egyptian society.  Hessler first stumbles upon Egypt’s Chinese community while visiting a market in some random town in southern Egypt.  What he finds is not a merchant selling Chinese tea, chopsticks, or some other Chinese knick-knack.  Instead, it is women’s lingerie.  That chance encounter leads Hessler to uncover the Chinese’s monopoly on the women’s lingerie market in Egypt.  And with Hessler’s fluency in Mandarin and competency in Egyptian Arabic, Hessler completely unlocks this fascinating world – the selling of lingerie in such a conservative culture.  But it is also through these Chinese merchants’ eyes, outsiders from a country with an equally long and authoritarian past, that we begin to realize just how far Egyptian society has to go to have a true revolution.  What perplexes the Chinese merchants the most – many of whom are married couples, working side-by-side – is the status of women in Egyptian society.  There is little judgment in their tone; just the recognition that this seems to hold Egyptian society back.

The Buried is another Hessler masterpiece, offering a nuanced understanding of a complex culture that has been in existence for thousands of years.  While Egypt is not yet the economic powerhouse that China was when Hessler was covering it in the early 2000s, The Buried eloquently shows many Egyptians hungry  for that type of change but leaves you wondering whether, with the continued governmental corruption and conservative culture that changed little as a result of the Arab Spring, it will ever get there.

The Buried: An Archaeology of the Egyptian Revolution