China, the Reverse Mortgage and the Emergence of Private Property? 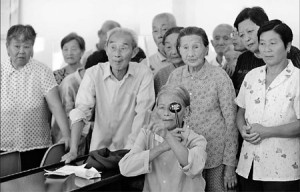 Chinasmack recently translated a fascinating article regarding the introduction of reverse mortgages to the senior citizen population in China.  For those familiar with the foreclosure crisis in the United States, reverse mortgages have a bad reputation.  But even though issued as a predatory product in the mid-2000s (as most mortgages were back then), reverse mortgages, when issued responsibly, do have their place.

Basically, a reverse mortgage is the stripping of equity from your home and usually reserved only for the elderly.  Ideally most seniors own their homes outright.  In the United States, they have paid off the mortgage they took out to purchase their homes 30 years ago and own a piece of property worth, in a place like New York City, over $300,000.  Now in their twilight years, and with an underfunded retirement savings plan, these seniors want to access that equity while remaining in the house.  Refinancing into a regular mortgage likely would not be available to most seniors who are often on a lower fixed income like social security and/or pension and wouldn’t be able to support a monthly mortgage payment.

Where’s the catch?  Even though you are stripping the equity out of your house, the bank that has given you the reverse mortgage charges you interest on the money it gives you.  The collateral is your house – when you die, the full amount owed comes due.  If your heirs want to keep the house, they must pay off what is owed or if they can’t, the bank will foreclose.  But you are guaranteed your house until you die, sell it or move out (like to a nursing home) even if housing prices fall. 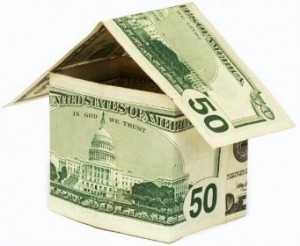 For some seniors, the extra monthly cash is essential to survive their later years.  As the Chinese government has recognized, this is especially true in China where – even with reforms to health insurance – out of pocket medical expenses are astronomical.  For seniors, those expenses are even more exorbitant.

Recognizing that by 2025, China’s senior population (defined as 60-plus) will be over 300 million (today the government estimates a senior population of 194 million – see Chinese State Council announcement here), on September 6, 2013, China’s State Council issued its Opinion Concerning the Accelerated Development of the Elder Care Industry.  While the document is more general in stating the problem, the government is rather frank in realizing that elder care and the inability of the government to fund it in addition to pension funds, will become an increasing problem.  Muddle in the middle of the 5 page Opinion is the one sentence announcement that localities should look to experiment with reverse mortgages (“住房反向抵押养老保险”, aka “以房养老”) as a way to fund elder care.

As the Southern Weekend reported, since as early as 2003, various cities in China – including Shanghai, Nanjing and Beijing – have encouraged 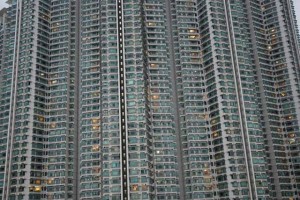 What’s this apartment worth?

So what is the Chinese government to do?  It realizes that it has a ballooning senior population and insufficient funds to support it.  A reverse mortgage – especially with China’s increasing housing bubbles – can be an important private financing tool of one’s later life.  But banks and mortgage companies don’t want to lend in an environment with such uncertainty.  Does the State Council’s Opinion signal a possible change to the current land-use rights system?  Clearly it must recognize its dilemmas as all the domestic media outlets have been openly commenting on the 70 year problem as a major roadblock.

According to the Southern Weekend, the Chinese government is to issue more specific parameters of reverse mortgage lending in the first quarter of 2014.  While it is doubtful that those parameters will deal particularly with the 70 year land use limits, hopefully the regulations will guard against other risks inherent in dealing with a senior population.  The Southern Weekend pointed out a 2011 case in Shanghai where the court rescinded a reverse mortgage contract between a 90 year old woman and the nursing home, where her 550,000 RMB-valued property rights served as her monthly maintenance fee and her funeral expenses.  It was the son who brought the case in his mother’s name.

In the United States, to deal with the vulnerability of senior citizens, all seniors must receive independent credit counseling regarding the reverse mortgage prior to obtaining it.  Such education is important for two reasons: (1) seniors develop a basic understanding of the product and what it means and (2) proper counseling should prevent seniors from taking out a reverse mortgage too early.  Ideally, the longer you can wait to take out a reverse mortgage, the greater your monthly payment will be.  For seniors this is an important factor to consider because as they age, care becomes increasingly more expensive. 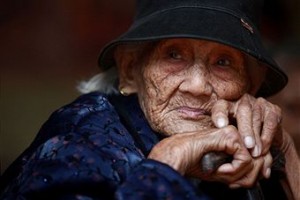 Without protection for spouses in a reverse mortgage, this lady could be out in the cold!

Further, the Chinese government should look to protect the spouse of land-use title holder.  In the United States, federal law prevents reverse mortgage holders from foreclosing on a property when there is still a spouse – even if she is not on the title – living in the property after the mortgage holder dies.  This protection is even more imperative in China where only 30% of married women add their names to the title.

Additionally, the Chinese government should regulate who can give reverse mortgages.  As the case from Shanghai demonstrated, having the nursing home able to enter into a reverse mortgage with one of its residents is likely not best practices.