Those who check China Law & Policy on a regular basis will have noticed two things: (1) our blogging has subsided because our day job has kept us too busy the past few weeks  (see here and here) and (2) we have been reading The Man Who Loved China

for the past few months.  This post seeks to rectify these two issues by resuming our regular or at least semi-regular blogging and finally finishing The Man Who Loved China

is much less a book about China than it is a book about the man of the title – Joseph Needham – an eccentric yet brilliant Cambridge scientist and professor who, in the 1930s, became infatuated with China.  And that’s where this book runs into problems especially if you are looking for something more about China.  Make no mistake, China is the subtitle.  Winchester’s book is a biography of Needham with a focus on his time in China and how Needham changed the world’s understanding of the country.

By the mid-1930s, Needham was already a well-known and respected biologist at Cambridge.  But in 1937, into his lab walked Lu Gwei-Djen 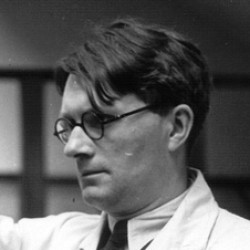 (pinyin: Lu Guizhen), an exceptionally intelligent, beautiful 33 year old graduate student from China.  The married Needham, a known lady’s man, quickly fell in love with Lu and eventually with her homeland.  According to Winchester, it was a post-coital smoke with Lu that sparked Needham’s interest in studying Chinese.  Without such an interaction, the man may never have gotten to China and may never have written his opus: Science and Civilisation in China, a 24 volume tome about China’s early scientific discoveries and advancements.

From his relationship with Lu (which his open-minded wife approved of, or at least acquiesced to), Needham began to recognize that China had once been an advanced scientific society and that during most of its history, surpassed the rest of the world in terms of scientific achievement.  Needham becomes a man obsessed not just with all things China, but with the need to prove to the Western world that China was far from a “backward,” “barbarian” culture.

For those who study China today, such knowledge is commonplace – that up until the late 1700s, China was far ahead of the West in terms of scientific discoveries.  But that commonplace knowledge is solely a result of Needham’s Science and Civilisation, demonstrating Needham’s success and his lasting impact.

Much of Needham’s knowledge of China’s discoveries are first-hand.  Between 1942 and 1946, Needham served as the Royal Society’s emissary to war-torn China, in an effort to guarantee that China’s universities had the scientific tools necessary to continue their research.  During many trips throughout China, Needham comes across various early accounts of China’s scientific discoveries, getting the bug to document all of these innovations in an English-language book.  Many of China’s great professors help Needham in this effort, giving him various documents and ancient textbooks. 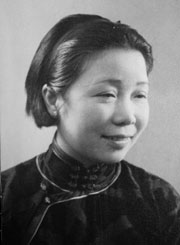 Needham’s trips and in-depth understanding of the advancement of Chinese society sparks the major question in his life: what caused China to eventually fall behind the West.

It is this question that propels Needham, upon his return, to begin what will be the project that occupies the remaining 50 years of his life and will cause him to write one of the greatest series about China ever written.

Winchester’s book is easy to put down which is surprising from a journalist.  But this is likely due to the fact that Needham is not a particularly compelling figure – he’s arrogant, not interesting, and not at all fun.  Even the fact that he is a nudist comes off as tedious.  In fact, his dullness becomes clear when, during the road trip to Dunhuang, he picks up Rewi Alley, an unconventional New Zeland schoolteacher and Communist who is now stuck in the middle of nowhere China.  Not only does Alley provide necessary comic relief, but he also imparts much more worldly and insightful comments about China, a country torn by a world war and an impending civil one.  His quick departure from the pages of The Man Who Loved China

is unfortunate.  A biography of Alley might have been a bit more of a page-turner.

The only thing that keeps the reader going is the promise that Needham’s question – what caused China to fall behind – will be answered; that Winchester’s book is the shortcut through Needham’s 24 volume series.  But it is not.  At no point does he even come close to answering the question.  Even the Epilogue remains silent.

Needham is certainly an important figure in the West’s current understanding of China, but for some reason, Winchester’s biography does 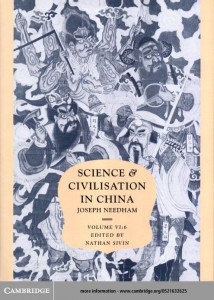 At least the cover looks fun

neither the man nor his contribution justice.  Is this the result of the fact that Needham is not a likeable figure or a result the book itself?  It is unclear.  Some will disagree – this was a New York Times bestseller and came highly recommended from a good friend – but ultimately, The Man Who Loved China

, to the extent that it is read, should not be read for a deeper understanding of China.

The Man Who Loved China: The Fantastic Story of the Eccentric Scientist Who Unlocked the Mysteries of the Middle Kingdom