恭喜发财！Happy Year of the Snake! 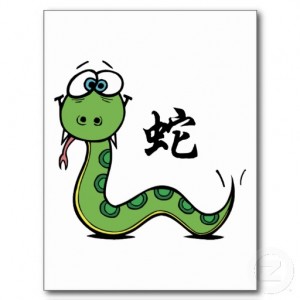 Happy Year of the Snake!

Sunday starts a new lunar year and with it, brings a new zodiac sign to rule the planet – the snake.  Fortunately for the snake, it doesn’t get the same bad rap in Asia that it gets in the West.  In Asia, snakes are often viewed as “little dragons” with a bit more of a calm and calculating personality.  Snakes are considered intelligent, stylish, and passionate but at times complex and unscrupulous.  It is said that a home with a person born in the year of the snake will never go hungry, perhaps relying on the ingenuity of the snake.

Like the creature itself, Year of the Snake proves elusive in its predictions with the last two snake years – 1989 and 2001 – providing major changes to the world order, the Tian’anmen Square protests and the World Trade Center attacks, respectively.  Major change is not surprising in a year governed by an animal that sheds its skin.

But what could make the 2013 Year of the Snake even more tumultuous is that the year element – water – and the animal element – for snakes, fire – are in conflict.  Water is considered a destroyer of fire, putting the two in a constant struggle. The only aspect of the snake and water that aren’t in conflict is the ability to make money.  Snakes are considered good at making money and water is the natural element of money.

How will you do this year?  Check out your personal horoscope here (note you may have to 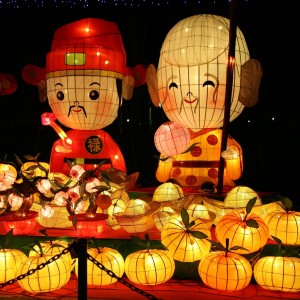 do a Bazi test to determine the strength of your birth year element.  You can do that here – note that birth date is entered day-month-year).

All this uncertainty brought on by the Water Snake is stressful, but have no fear, the Year of the Snake has its very own cocktail!  Detailed-oriented and elegant like the snake, this cocktail should help you get through what could be a challenging year.

Whatever this year might bring, we wish our Asian friends a happy, healthy and prosperous new year!  恭喜发财! (Gong Xi Fa Cai – pronounced gung-see-fa-tsai).  Those looking to ring in the new year with some music, check out the video below.

2 Responses to “恭喜发财！Happy Year of the Snake!”