Curling – a.k.a. shuffle board on ice – is a sport long dominated by Canadians.  But in next week’s Olympic Games, 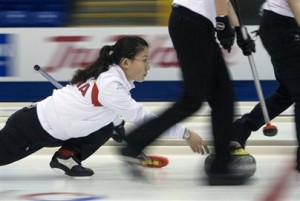 Canada might cede its Olympic dominance to….China?  Yes, to China.  In fact, some would argue it already has – in women’s curling, China currently holds the world title.  So it will be interesting to see China attempt to topple Canada while in Vancouver.  On top of that, China’s curling coach, Dan Rafael, hails from Canada.  Expect the Canadians to fight back with a vengeance.

The Chinese government puts a lot of stock in its athletes’ performances at the Olympics.  During Beijing’s 2008 summer games, China won a total of 51 medals, with the U.S. in second place with less than 35.  China will come nowhere near such numbers in the winter games, but it expects to take home more than the 11 medals it did after the 2006 Turin Winter Olympics.  In addition to potentially winning gold in curling, China is expected to medal in freestyle skiing, snowboarding halfpipe, speed skating and pairs figure skating.

In the past 10 years, China has  put a lot of capital – both financial and human – into its Olympic training programs.  Chinese athletes are able to excel because all they do is practice; Olympic training is 100% subsidized by the government with the athletes receiving salaries from the state.  Athletes are chosen at a young age and come of age in the countries sporting training centers.  Usually, their education takes a back seat to their training.

Why?  Why should a country that still has a large number of people living in poverty, put so much money into Olympic sports?  It’s a way for China to prove that it has “made it.”  China’s rise does not come without baggage.  After ruling Asia, if not the world, for much of its 2,000 year history, starting in 1800, China was brought to its knees by the Western powers, first with the British after the Opium Wars and then other foreign powers when China was divided in various spheres of influences.  China has not forgotten this history and often brings it up – Chinese news reports about its Olympics exploits will mention that China is no longer the “sick man of Asia.”  The Chinese government also uses this history to increasing nationalist pride among its people.  It’s this nationalism that helps the Chinese Communist Party stay in power. 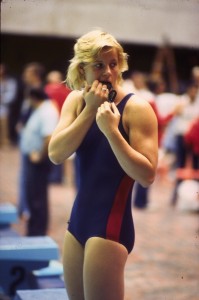 While some may be unsettled by China’s Olympic ambitions, others say, bring it on.  Really, the Olympics has not been nearly as interesting in our post-Cold War world.  Who can forget the sight of huge East German female swimmers?  Or judges from Soviet-bloc nations voting against Western athletes?  And the U.S. vs. U.S.S.R. hockey game?  It was a time when people actually watched the Olympics and when medals won was more than a victory in a sport, it was a triumph of an ideology.  Without the drama, intrigue and flaming of nationalist passions, what’s the point?  Maybe now NBC will be able to turn a profit on its Olympic coverage.