Wagging the Dog? The Chinese Government Response to the New Citizen Movement 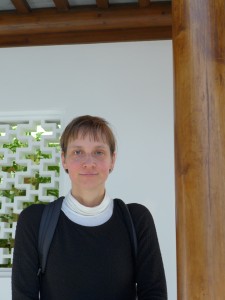 In Part 1 of this interview series with Prof. Eva Pils, an associate professor of law at the Chinese University of Hong Kong and research fellow at NYU’s U.S.-Asia Law Institute, Prof. Pils described the “weiquan” (rights defense) movement in China.  Here in Part 2, Prof. Pils continues by discussing the emergence of one of the most significant and organized aspects of the weiquan movement, the New Citizen Movement.  What is it these New Citizens want and what is it that causes the government to violently suppress some of the Movement’s leaders?  Prof. Pils answered these questions and more when China Law & Policy sat down with her last month.

Read the transcript below of Part 2 of this three-part interview or click on the media player to listen:

To read or listen to Part 1 of this three-part interview series with Prof. Pils, click here.

EL:  So just to get a little bit more specific, I want to turn now to focus on Xu Zhiyong who just received in January four years in

Emblem of the New Citizens Movement – calligraphy of Sun Yatsen

prison.  He is a part of this “New Citizen Movement.”  Can you describe what that movement is a little bit?  Where did it emerge from and what its platform is?

EP:  So the New Citizen Movement, it emerged in 2012, around May 2012.  I think that it can be seen as in some ways a response to the problems that we have just been discussing, the [social] grievances, and also the problem of repression of civil society.  In some ways it is also due to changes that have come about because of new communication technologies – the social media – that have enabled a new form of activism to emerge not only in China but also in other parts of the world.  Think of the various Occupy movements and the Arab Spring.

That’s I think  one the reasons why the New Citizen Movement emerged.  Obviously it focuses on the idea of the citizen. When you look at what Xu Zhiyong in particular has provided as an analysis of citizenship, the concept of the citizen, you can see that it is a very strong, richly normative political conception of the citizen; a sort of 18th-century-Europe notion of the individual who has rights against the state.  I think that looking at the history of the human rights movement [in China] that we just discussed, you could perhaps also say that Xu Zhiyong,  having tried for ten years to introduce beneficial changes in China through case-by-case legal rights advocacy, comes to the conclusion, around 2011- 2012, that now a new method of advocacy has to be tried; that rights advocacy in a way has to move beyond working on individual cases, and become more issue-focused and more explicitly political. 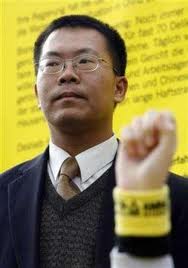 So how do you do that in the context of a political system that very clearly does not allow a political opposition?  Like in other places in the world, the answer that seems to be emerging in China right now, as I see it, is to adopt forms of organization that are significantly different from what we’ve seen before.  Teng Biao, another very important scholar and rights advocate, has used Clay Shirky’s idea of organizing without organizations to describe what is going on here.  The idea is basically that you could achieve a high degree of coordination and  initiate various types of actions, civil society actions, without having a visible traditional organizational structure.  It’s also that in a new civil society political movement of this kind, you have to be very open.   You have to be the opposite of what characterizes, for instance, the rise of the Chinese Communist Party from its sort of underground years, to this moment when  it manages to control power.

An example of that [openness] would be, for instance, these so-called gongmin jucan [公民聚餐], the citizen meals that were organized by the New Citizen Movement.  The idea was really that you would somehow get people to distribute information about venue and time and so on online.  At some of the gongmin jucan, the new citizens meals that I have observed, it really was possible for people who simply had come across this information online to come along and join the meal.  It was entirely open towards anyone who wanted to show up.  That’s remarkable in the context of a system that, as you just said a while ago, scrutinizes everybody so much and has so much surveillance.  But the idea really was that this sort of openness represented a new form of political power that could be used to initiate some sort of change.  Along with that of course goes the idea that the activism of the New Citizen Movement must be non-violent.

EL:  Just in terms of numbers, what are we looking at in terms…how big would you estimate the movement is if you can even do that?  If you can, if you can.

EP:  On the numbers, I have to say I don’t know.  Of course we have asked those various questions.  There is no very clear answer. 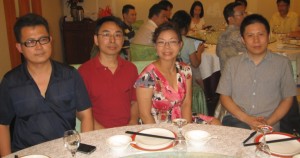 Perhaps one could say that in 2013 we had in a number of say in around 30 or so different Chinese cities you had a total of a couple hundred people who were essentially initiating and organizing these meals.  And by the way the idea was basically that you had a meal being held at the same time in different locations all over China potentially.  So you had a couple hundred people.  Perhaps that means a few thousand people who would be willing to show up for one or two or more of those who would be in some way supporting the New Citizens Movement.  Perhaps it would be good if we had access to (I have not) the list of people signing the so-called gongmin chengnuo [公民承诺] – the citizens pledge – that was issued in 2010 and was kind of an appeal to citizens from all walks of life to essentially pledge to be a good citizen using this political idea that Xu Zhiyong stands for and others stand for.

Something else that perhaps you could consider would be the level of support that Gongmeng [Open Constitution Initiative], the organization co-founded by Xu Zhiyong, got for its activism for educational rights for migrant worker children.  As I recall, at the time it was said that in Beijing they would be able to essentially reach tens of thousands of migrant worker parents.  So, certainly they were thinking big.  They were thinking that they could reach out to potentially everyone.  And if you look at the composition of the citizen meals, it wasn’t just lawyers; it was not just scholars, lawyers, people with legal education or that sort of background.  It was also people who were petitioners or people who just took an interest in what was going on there.

EL:  You raised the issue of education for migrant children as one of the issues, which would require a change to the hukou system.  And some of the other things of the New Citizen Movement advocates like more transparency of Chinese officials and their assets.  These are in fact the reforms that in the past year the Chinese government has stated that they are looking to examine or to adopt.  So it is seems like the Chinese government is sort of listening to the New Citizen Movement or at least their complaints.  But then, how do you mesh that with the fact that they’re arresting the advocates of that movement for disrupting public order.  What gives here?

But perhaps more important is that you could also see this the other way around, and this is how it was analyzed by people involved in the various movements that you currently have in China.  People were saying that in some ways the New Citizen Movement had chosen to talk about causes that the government had already said it had adopted. That might be a way of coming across as a little bit less provocative than if you do what very clearly and visibly was done in the south of China  [in the context of] various movements around Guo Feixiong, another very important right advocate who is based in Guangzhou.  What you had there was really the use of much more aspiring and much more abstract political slogans: constitutional government, democracy, human rights — in those words.

So you have this very interesting discussion within these smaller sub-movements if you like, these groups within the human rights movement.  Some people were critical of the New Citizen Movement, saying that essentially it was not a good strategy to choose government slogans.  I remember one person saying basically that you shouldn’t think that the government is that stupid – those are his words – that ‘[you shouldn’t think that] just because you shout the government slogans they won’t come after you’   — they are not going to let you off just because you shout the identical slogans. 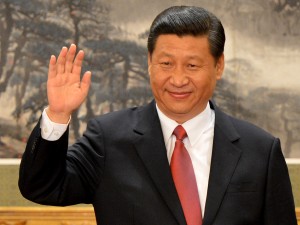 President Xi Jinping of China – listening to the New Citizens?

The reason for that [according to my interlocutor was that] as long as you make political demands of any kind they [the Chinese government] will assume that you want a share of the political power and that’s what the government won’t accept.  From that perspective, we were seeing an attempt to be a little bit less provocative by using campaign causes that were similar to the government, but that strategy essentially is not really working.  And I think that there is a whole lot more to say about the differences between what the New Citizen Movement, what other movements were calling for, and what the government has so far delivered.  For instance, when it comes to anti-corruption and so on.

EL:  So you wouldn’t say the government is co-opting the movement?

To read Part 3 of this three-part interview, please click here.