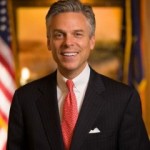 Both Xu and Zhang were released on bail, a very rare occurrence under Chinese law, signifying that higher authorities likely gave approval to release the two.  Although bail is theoretically available, in the vast majority of criminal cases, the suspect remains in custody until trial.

The circumstances surrounding Tohti’s release are much less clear, but it appears that charges against him are no longer pending.

In addition to the domestic support for Xu and Zhang’s release, a second factor that likely played a part is that their actions are viewed as less threatening to the Chinese government.  Xu’s organization, Gongmeng, worked within the

legal system, using the very laws passed by the National People’s Congress to protect the rights of vulnerable individuals.  Other activists who have taken a more strident approach to the Chinese government have not been released.  Gao Zhisheng, an attorney who has ardently represented members of the religious organization Falun Gong and who also openly called on western nations to boycott the 2008 Beijing Olympics, was taken into custody in February 2009 and has not been heard from since.

Although Gao Zhisheng and Liu Xiaobo and many others remain in Chinese police custody, the release of Xu, Zhang and Tohti should still be viewed with guarded optimism.  Evidently, for those activists who do not go too far, the Chinese government does respond to domestic and international pressure.  However, what it means to “go too far” is still unclear and detention of activist attorneys will likely continue.

But Ambassador Huntsman and President Obama should see the release of these three activists as a positive sign, and should continue with the dialogue they have evidently already started with the Chinese government.