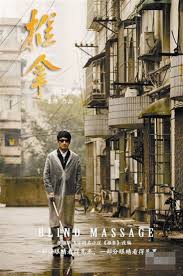 Blind Massage, Chinese director Lou Ye‘s (pronounced Low Yeah) new film, should never be introduced as “heartwarming” as it mistakenly was at last week’s New York Asian Film Festival.   “Absolutely fearless” is much more apt. This is a movie that attempts to capture the experience of blindness in the least blind-friendly of mediums – film – and it largely succeeds. For that reason alone, this brave, beautiful movie is a must see. But it’s also a movie that, by following the employees of a blind massage parlor in Nanjing, China,that diverges from the usual narrative and refuses to allow the audience to simply view these characters as saints merely because of their disabilities. Instead, the audience is challenged to view the blind and near-blind masseuses as who they really are: ordinary people just trying to make their way in the rough and tumble world that is China.

The opening scene itself – where the audience is left unable to focus on the key object that resulted in one of the main character’s loss of sight – lets you know that this is no ordinary movie. For many of the scenes throughout Blind Massage, the geography keeps changing and the audience cannot just orient itself by viewing the scene alone. Slowly you come to realize that what you see is no longer reliable. Instead, the audience is required to rely on other senses, in particular the sense of sound – the pouring of the rain, the ringing of bells – to comprehend what is happening; much like the blind must do on a daily basis. Lou perfectly captures this visceral feeling in a scene toward the end of the movie, where one of the blind masseuses – in a delicately, intimate scene – confesses her love to another. But at the end of the scene, you are shocked by the sound of a third person in the room. The audience is just as disoriented, surprised and deprived as the two characters who thought they were having a moment alone.

Lou also dispenses with any sentimentality toward the blind. The blind masseuses – played by both sighted professional actors as well as 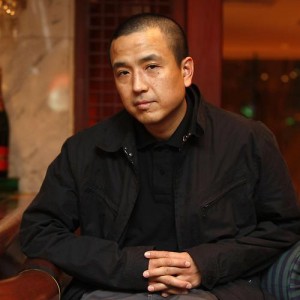 non-sighted amateurs (who do a great job) – are not the usual wise blind sages often portrayed in Hollywood flicks. Instead, Lou develops the complexity of each character, portraying their foibles as well as their strengths; some you like and some you don’t. Most notably, Lou shows the sexual side of the blind, with awkward and honest sex scenes between some of the characters. But through the stories of each character, the emotional impact of discrimination and the invisibility each must feel in the world of the sighted is evident. It is particularly acute in a bloody, hara-kari-like scene where one character’s self-inflicted wounds symbolize the anguish of his injured pride.

Although there has been much criticism recently regarding the traditional and wholesale compartmentalization of the blind as masseuses in China, Lou Ye does not delve into that discussion. Nor does he have to. Lou’s goal is not to make a political point, but rather a human one: to show what it is like to be blind and to force the sighted to see. And he does so deftly. Even in America, where visual aids are prevalent, the blind and the sighted still do not exist as one; their worlds are largely divided. And while yes, China probably has a worse track record in mainstreaming the blind (only recently has it allowed the blind to take the same college entrance exam as the sighted), it should be remember that it is a Chinese film director that had the courage and sensitivity to attempt to honestly portray the lives of the blind on film.

There are aspects of the script that veer toward the melodramatic, but ultimately Blind Massage is a powerful movie that makes you feel the world of the blind instead of just trying to see it.