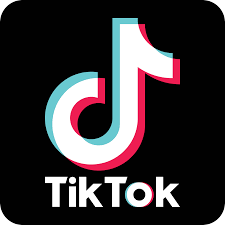 For the past couple of weeks, the Trump Administration has been saber-rattling about TikTok, a Chinese-based social media platform popular among America’s youth and full of silly short videos – relatives dancing together, kids lip-syncing, teens sharing beauty tips.  According to Reuters, 60% of TikTok’s active users in the U.S. are between the ages of 16 and 24.  The idea that TikTok is a national security threat and a danger to our democracy seemed preposterous.

But over the weekend, these seemingly preposterous ideas became very real, with U.S. President Donald Trump stating that he was going to “ban” TikTok from the U.S. market.  And on Monday, Slate’s What Next podcast took on the TikTok debate, interviewing Axios reporter Bethany Allen-Ebrahimian on the reasons behind the Trump Administration’s desire for a ban.  While an informative interview on the Trump Administration’s justifications behind its threats to ban TikTok,  China Law & Policy came to realize that it’s time to take a deeper dive on TikTok.

Is TikTok A National Security Threat?

Much of the What Next interview centered around TikTok as a national security threat, arguing that because TikTok’s parent company, ByteDance, is located in China, TikTok may have to share information with the Chinese government under Chinese law.  As China cybersecurity expert Samm Sacks recently noted, theoretically, this could happen.  But according to TikTok, it does not maintain any U.S. users’ data in China.  Instead that information is kept on servers in the U.S. and in Singapore.  Additionally, TikTok has allegedly cut off China-based engineers to TikTok’s source code and data. 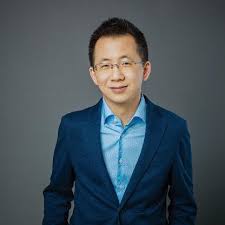 There is potential here for the Chinese government to obtain a large swath of U.S. users’ data, especially if the protections that TikTok has allegedly put in place don’t work.  But as Sacks points out, we have no evidence that this has actually occurred. But yet, the U.S. government is asking the American public to accept a forced a sale of TikTok to a U.S. company – something that feels more and more like a shakedown – without providing a scintilla of evidence that this song-and-dance social media platform popular among teenagers is an actual national security threat.  Our elected leaders owe us more than just conclusory statements. If they want us to forgo one of the core tenants of our society – a free and flourishing market economy – they need to provide us some evidence.

And as Sacks points out in her piece, if the Trump Administration is truly concerned about potential national security threats, it would be wise to develop a system to test the safeguards companies have put in place to guarantee that U.S. users’ data will not be used by any government:

The way to deal with this problem is to develop a country-agnostic set of criteria with robust rules not just for TikTok, but for how all companies collect, retain, and share their data. Instead of playing a game of whack-a-mole against a rotating cast of Chinese tech companies, the U.S. would be wise to spend more time developing legislation and standards for how all companies, regardless of country of origin, protect online privacy and secure data.

But such forward-thinking ideas that would actually solve the problem do not seem to be a part of the Trump Administration’s TikTok calculus.

Is TikTok A Danger to Democracy?

According to Allen-Ebrahimian, the Chinese government could use TikTok to wage a campaign of disinformation to influence our elections.  But that danger is not unique to TikTok.  Remember the 2016 election and Russian interference?  According to the Mueller Report, that election interference was largely done on Facebook through fake accounts and purchased ads.  TikTok is no more or less susceptible to disinformation than any other social media platform, be it FaceBook, Instagram, Snapchat, YourTube or Twitter.  There is nothing holding the Chinese government back from using those sites if TikTok is banned in the U.S. 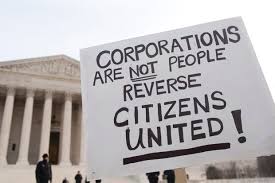 But if you’re China, why stop there?  As Jeremy Daum recently pointed out, the best way for foreign governments to influence our elections is through limitless donations to Political Action Committees (PACs) by U.S. subsidiaries of state-owned enterprises. After the Supreme Court’s decision in Citizens United  v. Federal Election Commission, this is perfectly legal.   By treating corporations the same as individuals, Citizens United leaves the door wide open for foreign influence in our politics. In the case of Chinese corporations, this also means foreign government involvement. Most multinational Chinese corporations, like Haier, China Telcom, and China State Construction Engineering Corporation (CSCE), have U.S. subsidiaries. These are companies incorporated in the United States: Haier’s U.S. subsidiary, Haier American Holding Corporation, China Telecom’s subsidiary, China Telecom Americas, and CSCE’s subsidiary, China Construction America, are all incorporated in Delaware.

Under Citizens United, all three of these subsidiaries are citizens of Delaware and enjoy the same political speech rights as any other citizen of the United States. Citizens United does not permit us to look behind their corporate veil to see their relationship to foreign corporations. Haier, China Telecom and CSCE are all officially government-run. While the Chinese government does not meddle in the corporation’s daily affairs, it will exert its influence if it suits the government’s self-interest. For example, in 1994, Haier, a manufacturer of washing machines and refrigerators, was pressured by the Chinese government into acquiring a pharmaceutical company, a venture that ended badly.  And while Citizens United forbids “foreign influence” on a U.S. subsidiary’s political donation decisions, how are we going to find that smoking gun in the complex and complicated world of multinational corporations?

TikTok is not the demise of our democracy.  We are.  In the past four years, neither Congress nor the Trump Administration has done anything to put in place structures that protect our elections from foreign interference via social media.  And a decade later, Citizens United still stands.

There are serious issues with TikTok. It is necessary to understand better what it does with U.S. user’s data and some of the examples of censored speech, especially if the speech is anti-China, are problematic and need to be looked into.

But in the end, these are insufficient bases for the extreme tool of divestiture for national security reasons.  Banning TikTok is not going to solve our problems.  Setting up smart laws, rules and systems that ensure that foreign tech companies are not national security threats nor a danger to our democracy will go a much longer way.  But that doesn’t seem to be in the cards with this Administration.

For Those Who Don’t Have TikTok – Three Fun TikToks: