Let Me Serenade the Streets of L.A.: Podcast of Citizens United & China 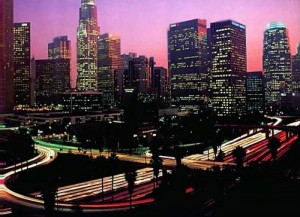 KPFK 90.7.   A show that goes behind the headlines, we discussed the implications of the Supreme Court’s Citizens United decision and the ability for foreign money to potentially influence U.S. elections.  Feeding off of our recent article in the Huffington Post, we paid special attention to Chinese corporations.

Mr. Masters, a trained BBC-trained broadcast journalist, puts on a very engaging and informative show.  Those of you in the L.A. area can listen every Sunday from 11 AM – 1 PM PST on 90.7.  The rest of us can live stream through the KPFK website.

Thank you to Susan T for her superb audio splicing talents!

In 1966, because of the fear of foreign influence in U.S. elections, Congress passed the Foreign Agents Registration Act.  Eventually incorporated in the 1974 Federal Election Campaign Act, the law prohibits foreign governments, foreign political parties, foreign corporations and individuals with foreign citizenship from contributing, donating or spending funds, either directly or indirectly, in any U.S. election. 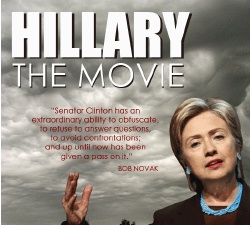 What started it all - Hillary the Movie

While this law has been important to the functioning of our democracy, the Supreme Court, in the case of Citizens United v. Federal Election Committee, has moved perilously close to abolishing it and opening the U.S. political process to foreign money, influence and—given the structure of some multinational corporations—direct pressure from foreign governments.

Under Citizens United, all three of these subsidiaries are citizens of Delaware and enjoy the same political speech rights 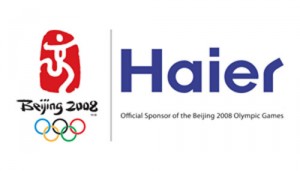 What is unique to Chinese corporations is the scope of their government ties—indeed, some are controlled outright by the Beijing government.  Unlike in, say, Western Europe, places like China, Russia and Vietnam still have a fair share of government-run corporations.  Haier, China Telecom and CSCE are all officially government-run.  While the Chinese government does not meddle in the corporation’s daily affairs, it will exert its influence if it suits the government’s self-interest. For example, in 1994, Haier, a manufacturer of washing machines and refrigerators, was pressured by the Chinese government into acquiring a pharmaceutical company, a venture that ended badly.

Citizens United allows for the very real possibility of the Chinese government’s direct influence in our elections through a Chinese corporation’s U.S. subsidiary.  While no official number exists about the number of Chinese companies with a U.S. subsidiary corporation, Dan Harris, a partner at the international law firm Harris & Moure and editor of the China Law Blog, believes that the number is substantial.  “My small firm represents a number of U.S. 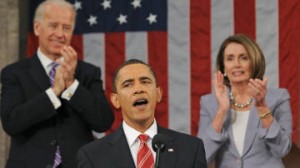 companies that are wholly-owned by Chinese companies or by Chinese citizens and that convinces me there must be thousands of such companies in the U.S.”  While certainly not all of these Chinese companies with a U.S. presence are directly owned by the Chinese government, there are likely many more than just Haier, China Telecom and CSCE.  And given China’s vast currency reserves ($2.4 trillion, the world’s largest), the Chinese government certainly has the money to spend on U.S. elections should it choose to do so.  Corporations in other countries, particularly oil-rich ones like Saudi Arabia and Russia, also own U.S. subsidiaries.  The threat of foreign involvement in our elections has been noted by the White House, as seen in the Obama’s critique of the decision during his State of the Union, and by Congress as it explores ways to nullify Citizens Untied.

This issue wasn’t completely lost on the majority in Citizens United—they simply chose not to deal with it.  While the majority hinted that there could be a compelling interest in preventing foreign nationals, foreign corporations or foreign governments from influencing the political process, the logic underlying Citizens United’s literal definition of the corporation as citizen prevents this.  After Citizens United, courts are no longer allowed to look behind the curtain of the corporate form to the realities of the situation or to distinguish between corporate citizens and individual ones; the majority opinion allows no leeway to examine the foreign origins of the shareholders.  For the purposes of political speech, one person’s U.S. citizenship, be it from a passport or from the documents of incorporation, is just as good as another’s; to draw distinctions would be discriminatory. 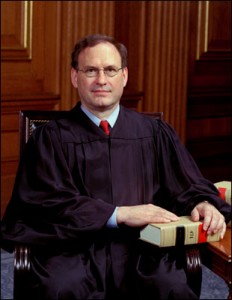 corporate participation in elections, one ought not expect the Court to maintain any consistency when a case involving political donations from a U.S. subsidiary of a foreign corporation comes before it.  The Justices will want to reach the result that American subsidiaries controlled by foreign entities cannot provide support to political activities; Justice Alito, with his mouthing of the word “not true” during Obama’s State of the Union address, certainly signaled this.  Such a result, however, will require the Court to overturn the logic of the corporate citizen as equal to an individual citizen. A majority will likely call this an “exception.” In reality, it is more of an excuse.  In either case, such a ruling will likely prove difficult to enforce.

Many Chinese corporations have American subsidiaries that are private, i.e., are not subject to the same reporting requirements as publicly-traded ones.  In some states, such private corporations have no reporting requirements at all.  With a private corporation, it is difficult to determine share ownership, identity of officers or even names of the directors.  This difficult detective work will become the responsibility of the Federal Election Commission (FEC).  Ironically, the majority in Citizens United found that the campaign finance law’s requirement that corporations work through their Political Action Committees (PACs) during the law’s 30-60 day quiet period was too burdensome since it required copious amounts of paperwork.  Imagine the time, effort and money the FEC will be required to put into determining the ownership of any number of private corporations.

In equating corporate citizenship with individual citizenship, the Court does more than just disregard its own rules of precedent and stare decisis.  It also provides an image of a corporation completely disconnected from reality, does a grave disservice to our political process and jeopardizes our democracy.  And that, Justice Alito, is the truth.