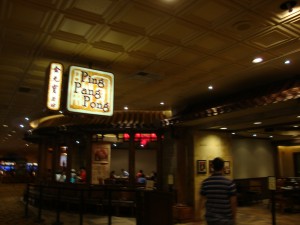 It’s not an understatement to say that Chinese tourists likely saved Las Vegas from economic oblivion after the meltdown of 2008.  When most of Nevada was in a foreclosure crisis, Las Vegas had to look elsewhere for cash and not surprisingly, that elsewhere was China.  Chinese people have long enjoyed gambling: Macau is the most profitable gaming city in the world and the number of Chinese travelers to Las Vegas has risen 30% every year these past through years.  In fact, last month, two Nevada congressmen proposed a bill to provide a visa waiver to Hong Kong Chinese.

And to thank these Chinese tourists, Las Vegas has given them their just reward – plenty of Chinese restaurants along the strip.  Because if there is something that Chinese tourists like more than gambling, it is eating Chinese food.  Some of the fanciest hotels – like the Bellagio and the Wynn – have premier Chinese restaurants allegedly serving “authentic” cuisine.

But what China Law & Policy wanted to find out – were any of them good?  A review of the internet brought up mixed reviews of some of the fancier places, but the one name that kept popping up as the best Chinese food was the unfortunately named Cantonese restaurant Ping Pang Pong in the old school, $5-table Gold Coast Casino.

Ping Pang Pong and the Gold Coast Casino are about a 20 minute, unattractive walk from the strip.  But every step of that walk is worth if for just 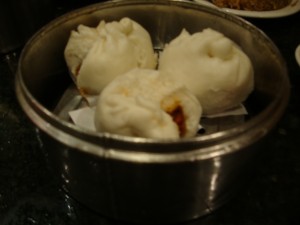 for one thing: some of the best roast pork buns (cha siu bao) outside of Hong Kong.  All too often dim sum restaurants give too little attention to the roast pork buns, knowing that it is an easy sell; even a bad roast pork bun is still good.  But Ping Pang Pong’s roast pork buns are not simply good, they are actually divine.  The attention provided to the pork is amazing – not only is the bun full of shredded pork, but you can actually taste the barbeque flavor of the sauce mixed with the sweetness.  The soft bun, which was served hot, was fresh and added a perfect complement to the strong, delicious and distinct tangy and sweet flavors of the meat.  This is the way a steamed roast pork bun is supposed to taste.

The rest of the dim sum was very solid.  Although the restaurant was full of Chinese and Hong Kong customers (out of the 20 tables, only four were non-Chinese speaking) and most of the ordering is done in Chinese, it is still accessible to non-Chinese speakers because of its picture menu. 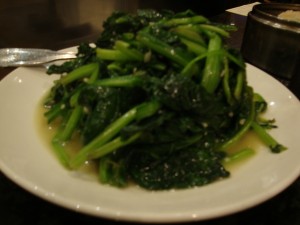 One of the first things that intrigued my dining companion and I on the picture menu was the shrimp lollipops.  And these lollipops did not disappoint.  If you like shrimp, you will love these.  The ground shrimp meat is fried and breaded and sits on a bamboo stick.  Although fried, these shrimp lollipops are very delicate – the frying is lightly done with no taste of oil, allowing for the flavor of the hefty amount of shrimp meat to really come out.  Even ground, the shrimp was still extremely fresh.  There is a mayo-based dipping sauce that comes with the shrimp lollipops, but this only detracts from the flavor.  There is no need for any sauce with these hefty shrimp mammas, but if you feel the need, go with the table hot sauce.

Next we tried the sticky fried rice with Chinese sausage.  At first taste, there was not much to write home about.  It wasn’t overwhelmingly flavorful, but it was a dish my dining companion and I kept coming back to.  The sausage was nice and sweet and the texture of the sticky rice complemented the sausage.  This was a dish we ended up making a point of finishing – it turned out to be very savory and satisfying.

Our next dish was a bit of a mistake – shrimp balls with rice on the outside, sitting in a congee sauce (rice gruel sauce).  Mixed with the shrimp was a vegetable medley of sorts – corn, carrots and peas.  I would not recommend ordering this.  While it is great that Ping Pang Pong is experimenting with new ideas, this is one experiment I could do without.  The flavors do not really go together and it’s just weird to mix corn, carrots and peas with the shrimp.

Fortunately we were saved by the next dish – the beef and shrimp shu mai.  These shu mai were bursting with flavor and were also very savory. 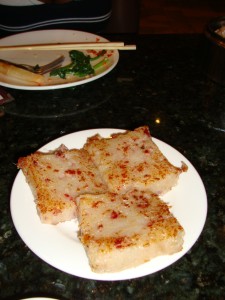 The dish did not come with a sauce and to be honest, it wasn’t needed.  A sauce would again detract too much for the freshness of the meats.  We also ordered off the menu – spinach with garlic sauce.  The dish was good – it was not dripping with garlic sauce which meant that the flavor of the spinach wasn’t lost as all too often happen – but it wasn’t great.

Finally, we ordered one of my favorites – turnip cakes.  These turnip cakes were fresh out of the oven, an experience I never had.  As a result of their freshness, the cakes fell apart very easily when you went to pick them up with your chopsticks.  Also surprisingly, these turnip cakes did not come with the oyster sauce that usually accompany them.  The waitress was happy to oblige when we asked for it, but I have never seen turnip cakes without a sauce.  These turnip cakes were good – my dining companion enjoyed them more than I did – but nothing you can’t get in New York City’s Chinatown. 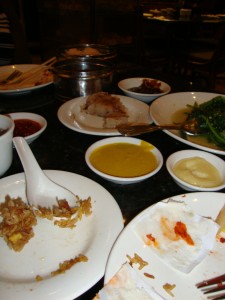 Ping Pang Pong offers very good dim sum with exceptional roast pork buns that should not be missed.  The food is authentic and can compete with some of the better dim sum restaurants of larger Chinatowns like New York and San Francisco.  It also can compete with many of the Strip’s more famous chefs. Whoever the chef is of Ping Pang Pong, his genius is evident in the roast pork buns – Emeril could learn a thing or two from him.

What’s also great is that the meal will not set you back in the way that one of the restaurants on the Strip will.  The prices of the dim sum dishes range from $2.18 to $5.88 for a specialty.  Our meal – in which we over ordered – was $35 with tip (no alcohol though).  Certainly a winning find after losing big the night before in blackjack. 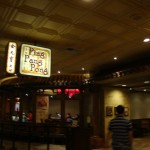 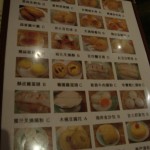 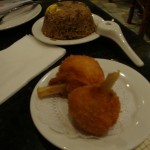 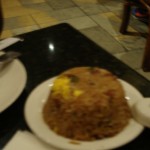 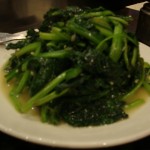 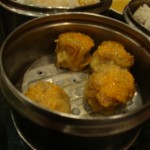 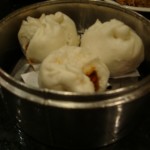 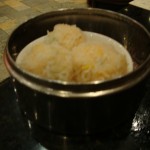 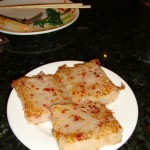 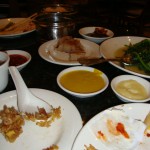 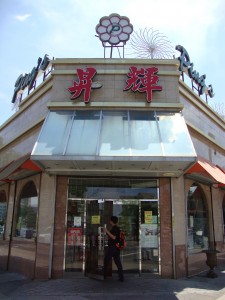 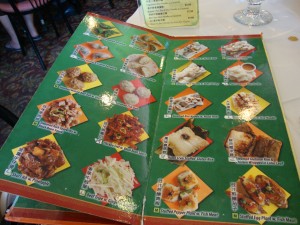 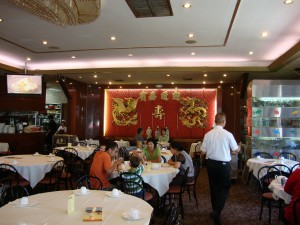 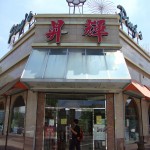 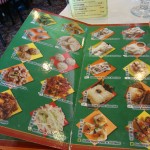 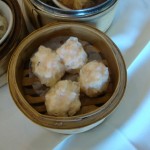 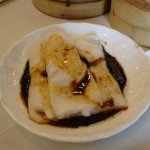 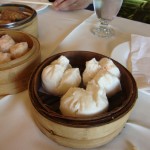 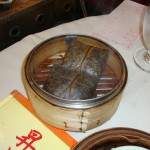 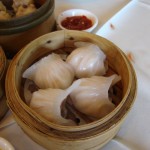 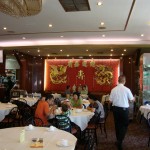 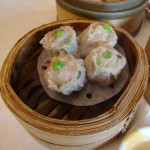 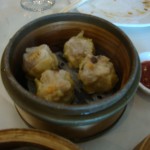