Slip Slidin’ Away: Google in China 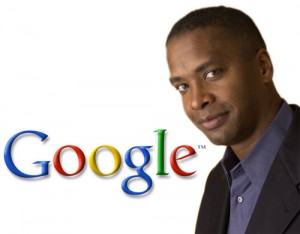 The long, publicly drawn-out saga of Google in China continues.  And at this juncture, one wonders why.  On Monday, Google’s Chief Legal Officer, David Drummond, posted a blog entry to share with the world Google’s new troubles in China.  Drummond announced that in order to acquiesce to Chinese officials’ demands and guarantee that the Chinese government renew Google’s Internet Content Provider (ICP) license, Google would change certain aspect of its Chinese website, Google.cn.  This certainly is a different Google than the one just six months ago that had its guns blazing.

Back in January, after Google’s servers were hacked by an attack likely originating in China, Google announced that it would no longer censor its results on its Chinese search engine, Google.cn.  While the two issues – hacking and censorship – seem to have little to no relation to each other, Google successfully played up its moral stance against China’s internet censorship in the West and became the darling of the Western press for maintaining its motto of “don’t be evil.”  A few questioned Google’s sincerity (see here) and wondered if Google would have taken such a moral stance if its withdrawal from the largest internet market in the world had a greater impact on its profits.  In general however, Google was heralded as upholding freedom of speech and human rights.

But Google’s pull-out from China did not mean that it shut down its Google.cn site.  Instead, in order to conform with Chinese law and also with Google’s promise not to censor search results, Google redirected all traffic from Google.cn to Google.com.hk, a website locate in Hong Kong and thus not subject to the censorship rules of the Mainland.  Visitors to Google.cn would be automatically redirected to Google.com.hk.  But this doesn’t mean that a search on Google.com.hk, when conducted from the Mainland, is free from censorship.  The results from such a search are in fact censored – it’s just that Google itself is no longer doing the censoring; instead, China’s internet technology does the censoring (for an explanation of the different types of internet censoring in China see here).

Now though, Google’s make-shift solution has raised the ire of the Chinese government and Google fears that its ICP

license is at stake.  Under the Telecommunications Regulations of the People’s Republic of China (PRC), every website that operates inside the borders of China, must obtain an ICP license.  Thus, Google.cn, which is housed within China’s borders, needs an ICP license; but Google.com, the U.S.-based search engine which is accessible on the Mainland, does not need an ICP license since it is housed within the U.S.  If the Chinese government does not renew Google.cn’s license, then the site will be shut down and will no longer exist.

But will this change make a difference?  While technically there is a distinction between an automatic redirection to the Hong Kong-based site and a quick click of the mouse on the Google.cn website to get there, in reality it is more of a distinction without a difference.  Will the Chinese government find this distinction acceptable and renew Google’s license?  Or will it reject Google’s license renewal application? 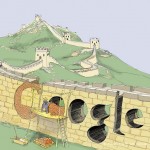 Although Google’s loss of the search engine market share in China was likely inevitable since Baidu benefits from its close and special relationship with the Chinese government, it’s still important for Google to maintain its Google.cn website in China and have some sort of a toe-hold in the country for future development especially.  Currently only around a third of China’s population are internet users, causing internet companies to salivate at the potential profits in China.  Other Google applications, like Gmail and Google Earth (Google’s mapping tool), could also bring in huge amounts of revenue.  Google Earth is particularly promising since China has begun to make efforts to provide its population with accurate online maps.  In fact, this past June, Google applied for approval as one of China’s officially-licensed internet mapping companies.  But as of July 1, such approval does not look likely.  The Chinese State Bureau of Surveying and Mapping just issued a list of mapping companies it deems of “high quality,” a prerequisite for approval.  Google is not listed.

Google potentially has a lot to lose, at least profit-wise, by continuing to take a hard-line against the Chinese government, and that might explain its current change in demeanor and willingness to acquiesce to the Chinese government.  But Google’s attention to its business interest should not come as a shock; in fact, that’s likely what caused it to pull-out of China in the first place. A   corporation’s raison d’être is to maximize profits for its shareholders.  Regardless of what Google might say — that its goal is to “not do evil” — it is ultimately responsible, under law, to its shareholders.  And that’s the way it should be.  Society should not rely on corporations to act as stand-ins for its values.  It is the role of governments, individuals and non-governmental organizations (NGOs) to advocate on behalf of human rights and society’s moral values.  Corporations are not there to police themselves; others must do it for them.  Individuals and NGOs have the ability to shine the media spotlight on corporations’ morally-offensive behavior, calling for boycotts and effectively raising the economic cost of conducting undesirable business practices. 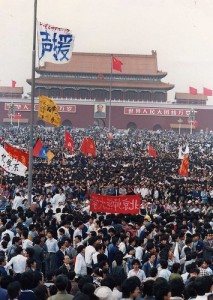 activities, making such actions too high of an economic cost to that company.  In fact, in terms of internet and technology, the U.S. already has such regulations.  Known as the Tiananmen Sanctions, and passed after the 1989 Tiananmen Square protests, Congress can deny export licenses to those U.S. companies that sell “crime control and detection instruments and equipment” to China (Congressional Research Service, “China: Economic Sanctions,” p. 2).  But these sanctions are never used.  U.S. companies like Cisco, Oracle and Motorola have provided Chinese state security forces with the technology necessary to police the internet.  Aside from a few articles in the U.S. press, these transactions have received little to no censure.

China’s internet censorship should not be condoned.  But Google is not the champion of our moral values, nor should it be asked to be.  The responsibility lies with us, through our elected officials and through our own actions.  But so far it appears that society is more willing to hide behind the mask of Google’s actions, seeing its pull-out from China as some moral victory instead of a business dispute.  This is unfair to Google, detrimental to the Chinese people and undermines the values which we hold dear.