I Pledge Allegiance to the CCP….Chinese Lawyers’ New Oath Requirements 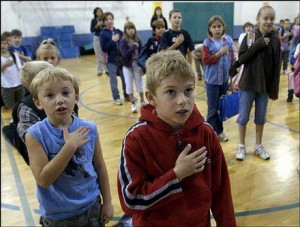 In its ongoing efforts to tie the Chinese legal profession as tight as possible to the Chinese Communist Party (CCP), China’s Ministry of Justice (MOJ), the government agency that oversees the legal profession, announced its new initiative on Wednesday: every new lawyer in China must pledge allegiance to the CCP.

Lawyers’ oaths are not unique to China: almost every state in the United States requires newly-admitted attorneys to recite an oath to uphold the Constitution and the laws of the state.  And this is not the first time that a lawyers’ oath has been required in China.  In 2000, the All China Lawyer’s Association (ACLA), the national bar association that all lawyers must be members of, first instituted an oath of office for all lawyers.  But in a Wednesday Legal Daily interview with an unnamed MOJ official, the MOJ determined that the ACLA oath was too general and ineffective.  As a result, the MOJ issued a new oath that must be sworn to in a formal ceremony (translation courtesy of Siweiluozi Blog):

“I volunteer to become a practicing lawyer of the People’s Republic of China and promise to faithfully perform the sacred duties of a socialist-with-Chinese-characteristics legal worker (中国特色社会主义法律工作者); to be faithful to the motherland and the people; to uphold the leadership of the Chinese Communist Party and the socialist system; to safeguard the dignity of the constitution and the law; to practice on behalf of the people; to be diligent, professional honest, and corruption-free; to protect the legitimate rights and interests of clients, the correct implementation of the law, and social fairness and justice; and diligently strive for the cause of socialism with Chinese characteristics!”

Compare this with the New York State oath taken by newly-admitted lawyers:

“I do solemnly swear that I will support the Constitution of the United States, and the New York Constitution, and that I will faithfully discharge the duties of the office of attorney and counselor at law of the Supreme Court of the state of New York according to the best of my ability.”

There are aspects of the Chinese oath that are laudable: to be professionally honest, to be corruption-free, to serve the people, and to properly implement the law.  All of these requirements are ostensibly value-neutral and are good for the profession.  But what is decidedly different between the New York oath and the China one is that allegiance to the CCP is required.  According to the MOJ official, this was intentional.  One of the major reasons that the MOJ issued the new oath was to increase the quality of lawyers’ political thought as well as their professionalism.

That alone would not necessarily be problematic in a country where the Party is the State and let’s face it, people take oaths all the time and rarely listen to or abide by their words.  But this new oath comes in the midst of a major crackdown on China’s public interest lawyers and presumably will be used as a warning signal to this portion of the profession.

The CCP’s Increased Use of Socialist Rhetoric to Police Lawyers

Last fall, I published a law review article discussing the use of increased socialist rhetoric to step up the CCP’s control of China’s growing public 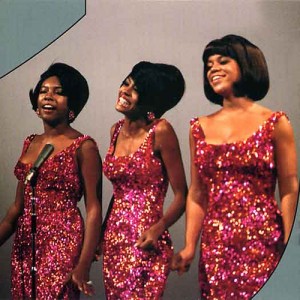 interest lawyers (China’s Rule of Law Mirage: The Regression of the Legal Profession Since the Adoption of the 2007 Lawyers Law).  The beefed-up socialist rhetoric began quietly with a speech given by President Hu Jintao at a Chinese Communist Party conference in December 2007.  In his speech, Hu announced the doctrine of “the Three Supremes:” “always regard as supreme the Party’s cause, the people’s interest, and the Constitution and laws.”

Although initially unclear if the Three Supremes were listed in hierarchical order and if the doctrine was even applicable to lawyers, Justice Minister Wu Aiying addressed the issue in August 2009.  Calling upon lawyers to “above all obey the Communist Party and help foster a harmonious society”(emphasis added),Wu stressed the need for lawyers to “pay attention to politics, take into consideration the big picture, and observe proper discipline.” Absent is any mention of “law” or the need to develop the institutions—such as an independent judiciary or a competent legal profession—integral to a rule of law society.

Further confirmation of this shift in rhetoric is found in the October 2008 MOJ pronouncement opening the new government-sponsored campaign of lawyers as “Chinese-style socialist legal professionals.”  In 2010, the MOJ went further with its rhetoric by directly stating the need for greater Party leadership of the legal profession.  In an interview with an unnamed MOJ official, the Legal Daily reported the forthcoming pronouncement of MOJ “Opinion Regarding the Further Strengthening and Improvement of Lawyers’ Work.” Like prior pronouncements, the 2010 MOJ Opinion contains flowery language detailing the need for lawyers to “always hold high the banner of socialism” and to “strengthen [their] political thought.”  But unlike previous statements, the 2010 MOJ Opinion candidly states the role that the Party will play in leading the legal profession.

Through the Party and the MOJ, the 2010 MOJ Opinion states the need for daily supervision and management of the profession, the need for standardization in how cases are handled, and the need to consider “political quality,” “professional quality,” and “ethical quality” in the yearly license renewal procedures 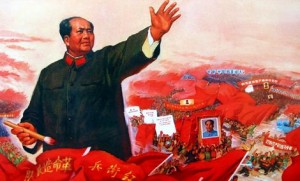 Finally, the CCP – as reported in a Legal Daily article – has successfully infiltrated most law firms, instituting Party cells in a throwback to the Cultural Revolution days when loyal party members set up “cells” within each work unit to guarantee the proper political ideology of the workers and to report any infractions in thought to the local Party.  While the 1980s saw a decline in Party cells, a 1995 Party Opinion called for the creation of more Party organizations within law firms.   In 2002, President Hu Jintao stressed that the legal profession could only become strong through Party leadership.  But in general, such efforts were met with strong resistance from the profession and law firms largely ignored the directives. However, all of that changed in 2008.

In March 2008, the CCP’s Organization Department and the MOJ’s corresponding Party organization issued a joint opinion announcing the need to improve and strengthen the Party apparatus in the legal profession. As if to indicate to the legal profession that this time the Party was serious about a greater Party presence in law firm life, Justice Minister Wu Aiying declared in July 2008 that more Party cells needed to be created within law firms as a way to better indoctrinate the profession.  This effort has largely succeeded.  Between April 2008 and April 2009, the number of Party cells found in law firms more than doubled.  Today, over 90 percent of all law firms in China maintain a Party cell.(all information can be found in the Legal Daily article).

In 2007, China amended its Law on Lawyers, ostensibly to give greater independence to the profession.  As my article China’s Rule of Law Mirage points out, on paper, the amendments did in fact give the profession greater control and reduced the supervision of the MOJ.  However, as the article goes on to demonstrate, as public interest lawyers have had more success in their cases, the CCP has exerted greater control of the profession, undermining whatever promises of greater professional independence that is found in the 2007 Law on Lawyers.

Nothing could be further from the truth.  Compared to recent CCP pronouncements, the 2007 Law on Layers is largely devoid of Party allegiance.  Article 1 does require a commitment to a “building of a socialist legal system” but that is sort of like requiring U.S. lawyers to assist in building a democratic legal system.  Additionally, the new structure of law firms and the establishment of solo practitioners were both perceived as an effort of MOJ to relinquish some of its supervisory role in exchange for greater supervision by the bar associations (see China’s Rule of Law Mirage for a more detailed explanation of these provisions).

But MOJ’s new oath, which overrides ACLA’s oath, reflects its effort to maintain control of the profession.  And its requirement that lawyers pledge allegiance to the CCP is eerily reminiscent of Nazi Germany where lawyers took a similar Party allegiance oath: “I swear to remain loyal to the Fuehrer of the German Reich and people, Adolf Hitler, and to fulfill conscientiously the duties of a German attorney, so help me God” (See Matthew Lippman, Law, Lawyers, and Legality in the Third Reich: The Perversion of Principle and Professionalism, 11 Temp. Int’l & Comp. L.J. 199, 218 n. 185 (1997)).

Ultimately, the oath won’t impact the daily work of most of China’s lawyers.  In fact, it is only applicable to new lawyers or those who are re-applying for their licenses (首次取 得或者重新申请取得律师执业证书的人员); MOJ’s announcement makes no mention of its applicability to current lawyers at their yearly re-registration (年度注册); presumably current lawyers will not be subject to the oath.  But in a society where rhetoric has served as important signaling device as to what behavior is politically acceptable, the new oath could potentially have a chilling effect on current public interest lawyer’s work and could discourage new lawyers from representing individuals and issues that are perceived as politically dangerous.  It’s this chilling effect of the new oath that is the greatest threat to a rule of law in China.