The U.S.-China Human Rights Dialogue: There is News to Report!

After a two year hiatus, the U.S. and China resumed their human rights dialogue last Thursday and Friday in Washington, D.C.  Don’t be alarmed if this is the first you heard of the Dialogue; the U.S. mainstream press barely covered it.

The U.S-China Human Rights Dialogue is subject to criticism and much of it viable.  China doesn’t send anyone with much power to negotiate (for last week’s Dialogue the highest official was Chen Xu, Director General of the Department of International Organization of the Ministry of Foreign Affairs); the Dialogue itself is conducted largely behind closed doors and it is unclear what is accomplished; and there are never benchmarks set to determine if these dialogues actually produce any results.

But last week’s U.S.-China Human Rights Dialogue, even with the little that is 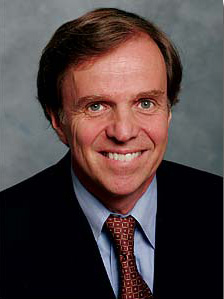 known about it, is newsworthy; it reflects a changing interpretation of human rights in the U.S.-China relationship.  From what can be gleaned from Department of State press conference, the new emphasis in human rights appears to be almost exclusively rule of law.  While Mike Posner, Assistant Secretary of State for the Bureau of Democracy, Human Rights and Labor, highlighted five different topics which were discussed at the dialogue (religious freedom, labor rights, freedom of expression, rule of law, and racial discrimination), the focus of the Chinese delegation’s field trip on Friday was largely legal.  On Friday, the Chinese delegation made the following visits: a meeting with Justice Sandra Day O’Connor to discuss rule of law and an independent judiciary; a talk with Cardinal McCarrisk at Catholic Charities’ Anchor Mental Health Center to discuss the relationship between the religious community and government as it pertains to human and social services; discussions with the Federal Mediation and Conciliation Services concerning labor rights and collective bargaining; and a talk with Thomas Crothers at the Carnegie Endowment for International Peace regarding the interplay among law, human rights and food safety.

In addition to the focus of an effective legal system as a part of human rights, here are some other interesting takeaways:

Why discuss with delegates from an atheist country the role of religious organizations?

This is perhaps the most interesting and most puzzling aspect of the talks.  China, run by the Communist Party, is a self-declared atheist country.  In fact, all of the Chinese delegates from last week are admitted atheists.  To be a Chinese official, Communist Party membership is a prerequisite; to be a member of the Chinese Communist Party renunciation of religion (Buddhist, Islam, Christianity, etc) is necessary.   So given this fact, the State Department trip to Catholic Charities offers an interesting insight into the U.S.’ policy toward religion, human rights, and China, particularly in regards to Christianity. 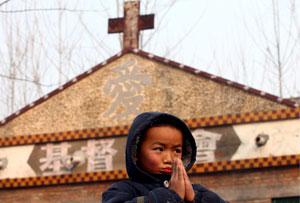 While ostensibly atheist, China is one of the fastest growing Christian nations.  Even based on the Chinese government’s official numbers –which are likely low-balled—from 1997 to 2006, China saw a 50% rise in the number of Christians.  The number, including those that attend the government-run churches as well as the underground, unofficial churches, is around 70 million.  Although this seems like a large number, population wise, it is only around 5%.  So for many Western Christian missionaries, the name of the game is China.  Western Catholics and Protestants both know this and are in China, albeit undercover, in large numbers.

While China has a growing Christian population, the Chinese government remains ambivalent about its development – sometimes seeing it as buttressing its authority and sometimes seeing it as a threat.  Although religious groups and charities have been important in the U.S.’ civil society development, China is a long way from having any sort of religious charities that could support human rights or rule of law.

So why the trip to Catholic Charities?   Perhaps the Chinese officials requested this because they are sincerely interested in learning more about the role religious groups can play in society.  Or perhaps U.S. policymakers’ idea of human rights, at least in China, is becoming less secular and more religious-based, particularly Christian.  Unfortunately, Assistant Secretary Posner did not explain why the Human Rights Dialogue with atheist China focused on the role of religious organizations in supporting human rights and we are left merely to speculate.

U.S. Raises Issue of Liu Xiaobo’s Imprisonment, the Disappearance of Gao Zhisheng, and likely the Disbarment of Tang Jitian and Liu Wei

Assistant Secretary Posner informed the press that U.S. officials discussed many specific Chinese dissents’ cases during the Dialogue.  However, the only two cases he named were those of Liu Xiaobo and the very odd case of Gao Zhisheng.

Liu Xiaobo has a long history of human rights activism in China.  In 1989, he

participated in the Tiananmen protests and has repeatedly criticized the Chinese government.  His activism has received many accolades from the West, including Reporters Without Borders’ Foundation de France Prize.  In December 2008, Liu Xiaobo was one of the organizers of the Charter ’08 movement, a movement calling for more democracy, less corruption and greater accountability of the Chinese government.  For these activities, Liu was arrested and sentenced to a very harsh 11-year prison term for inciting subversion of state power.  Even for China, the sentence is particularly long.

Although Liu’s sentence was harsh, the outcome was not surprising from

China.  Gao Zhisheng’s case however is just downright bizarre and Kafkaesque.  Gao is a self-taught lawyer and received much praise by the Chinese government for his work in public interest law.  But that was back in 2001.  By 2006, Gao had fallen out of favor and his work, particularly the representation of the repressed religious organization Falun Gong, was seen as a threat to the Chinese government.  In 2006, Gao was detained, arrested and eventually found guilty of subversion.  His three year prison sentence was converted to five year probation and he was allowed to remain at home.  After harassment, physical abuse and threats to his life, in February 2009, one month after his wife and child fled China for the United States, Gao was mysteriously abducted by Chinese police.  His whereabouts remained unknown.  The Chinese government remained largely silent in regards to Gao’s whereabouts until January of this year when in response to questions regarding Gao’s disappearance, Foreign Ministry spokesman Ma Zhaoxu retorted that Gao was “where he should be.” Although ominous, Gao eventually reemerged in March 2010 at Wutai Mountain, hundreds of miles from his home.  Announcing that he was giving up rights activism for the opportunity to be reunited with his family, Gao went to Xinjiang Autonomous Region at the beginning of April to visit his in-laws.  After one night there, Gao was abducted a second time and to this day, his whereabouts are unknown.

China’s increasingly hard-line stance against rights activists and public interest lawyers reflects a country that may not be interested in establishing the rule of law, at least at it pertains to non-economic spheres.  Raising these issues is important not just for the people being detained or harassed, but also to see how China moves forward in response to the issues.  For example, President Obama, in his trip to China last November, reportedly raised the issue of Liu Xiaobo’s detention.  However, the Chinese government did not lighten Liu’s sentence in response.  Instead, the Chinese government sentenced Liu to the overly harsh term of 11 years in December, a month after President Obama’s visit.  It will be interesting to see what happens to Liu Xiaobo, Gao, Tang and Liu Wei after the Human Rights Dialogue.  Does China care anymore about the U.S.’ criticism?

To create a feeling of mutual respect, the U.S. usually voluntarily discusses 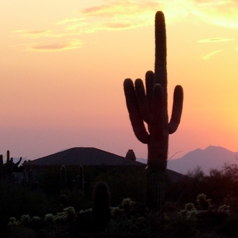 its own human rights issues during these dialogues.  In last week’s Dialogue, Assistant Secretary Posner volunteered Arizona’s new law against illegal immigrants as an example of a potential human rights violation in the United States.  However, according to Posner, the Chinese were not concerned about the law as it may apply to their citizens visiting the U.S.  Even the Chinese know that the law’s likely racial profiling will be for Mexicans, not Chinese.

How to Move Forward

Last week’s Human Rights Dialogue was only the second since 2002, after China suspended the talks.  Actually having the Dialogue itself is a major accomplishment.  Additionally, at the end both sides agreed to have another session in 2011, making the Dialogue an annual event.  For purposes of a continuing conversation, this is a good sign.  But the criticism that China merely plays lip service to the Dialogue is apt.  That is why it is important that during this month’s Strategic & Economic Dialogue (S&ED), to be held in China May 24 and 25, that high level officials, including the Secretary of State, raise human rights.  China places more emphasis on the S&ED compared to the Human Rights Dialogue.  But if the U.S. really wants China to move forward in human rights and rule of law, the topic must also be raised at the S&ED.