Will these fake gay marriages in China become real?

For China’s LGBT community, Tuesday, January 5, 2016 proved to be a historic day: the first case challenging the ban on gay marriage was accepted by a Chinese court. While it might not sound like a triumph, in a legal system ultimately run by the Chinese Communist Party, getting a case officially “accepted’ is usually considered a major step forward on the road to victory.

Or is it? Does this “case acceptance” signal a regime that is ready to accept gay marriage? Or is there something more? Given the recent criticism of the attorney who is handling the case, likely not.

In China, A Court “Accepting” Your Complaint is Not Given

In the United States, filing a court case is exclusively a technical affair. You bring your summons, complaint and filing fee to the court’s clerk office. The clerk, almost always a non-lawyer, might examine the papers to ensure you signed the summons and the complaint, that you brought enough copies and that the check is the right amount, but as long as your ducks are in a row paper-wise, the clerk will accept your case, give it an index number and then spin the wheel to assign a judge. Your case is now in the system and will be heard by a judge. All substantive and procedural arguments – that your claims are bogus, that you sued the wrong person, that you are outside the time frame to file the suit or that you don’t have enough evidence – will be raised by the other side, through a motion and hearing before the trial judge. 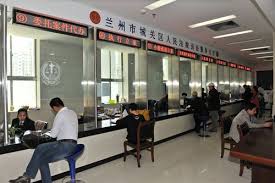 But since the early 1990s, China has been different from the U.S. (see Nanping Liu & Michelle Liu, Justice without Judges: The Case Filing Division in the PRC (2011). Under China’s Civil Procedure Law (which governs cases between two private entities) and China’s Administrative Procedure Law (which governs lawsuits brought against a government agency or actor), filing a case, even if your papers are technically proper, is insufficient to get it in the court system. Instead, the Case Filing Division (立案庭), staffed by judges, would examine some of the substantive and procedural aspects of your case – does the plaintiff have an interest in the matter, is there a specific defendant, are there specific facts, claims and causes of action and is the case brought in proper court, geographically (Civil Procedure Law, Art. 108; Administrative Procedure Law, Art. 41). All of these issues, which in the United States would be raised in a motion to dismiss, would be determined by the judges in the Case Filing Division, behind closed doors and generally with no argument from either side. If the Case Filing Division rejects your case, it does so with a mere cite to the law and with little to no explanation.

It was this lack of transparency that proved problematic in more politically-charged cases. With a Party-controlled legal system, the Party was able to use the Case Filing Division to reject cases (or just have them sit there without ever issuing a decision) so as to ensure that certain issues would never have a public airing by reaching a courtroom. While some experts estimate that only 1 to 2% of cases are rejected by the Case Filing Division, in a country the size of China, that amounts to tens of thousands of cases a year. So for a more controversial case to make it through the Case Filing Division, that was a good sign.

Coat of arms for the Supreme People’s Court

But starting in May 2015, that calculus may no longer apply. Likely sensing that denying access to the courts is not the best way to raise the people’s confidence in their court system, in early 2015, the Supreme People’s Court (“SPC”) made reform of the Case Filing Division a major focus of its agenda. On May 1, 2015, new regulations on case filing took effect.

Under the new regulations, the Case Filing Division no longer “reviews” any of the merits of the case. Rather it’s role is just to “register” the complaint after the Division ensures that the complaint is compliant with the technical aspects of the law. Decisions whether to register the complaint are encouraged to be made “on the spot” (SPC Case Filing Regs, Art. 2 & 8). If more time is needed, then the Division must follow the statutory deadlines of responding to the request. If any review demonstrates that the complaint does not meet the technical requirements, the Case Filing Division shall issue a written statement explaining all the deficiencies (so no more piece meal requests for more information from the party that was usually used to needless delay the decision on whether to accept the case), and affording the party the opportunity to amend the complaint so as to meet the case filing standards (SPC Case Filing Regs, Art. 7).

It’s under these new regulations that China’s first gay marriage case was accepted by the Furong district court in the city of Changsha in central China. According to a press release from the Chinese non-profit, Yirenping[1], plaintiff Sun Wenlin (pronounced Swen When-leen) sought to bring a complaint against Furong District’s Civil Affairs Bureau which, in June, denied his and his boyfriend’s application for a marriage certificate. After facing difficulty finding a lawyer to take his case, Sun finally found one, the noted civil rights lawyer Shi Fulong (pronounced Shi Foo-lung). On December 16, 2015 Shi attempted to file his client’s complaint. Although not accepted on the spot, after amending it at the suggestion of the Case Filing Division to add his boyfriend as co-plaintiff, on January 5, 2016, Furong court accepted Sun’s lawsuit. A decision must be rendered within six months.

Since Sun’s case was accepted, the Chinese state-run media has openly – and often positively – covered this milestone. Not the usual M.O. for a politically-charged case against a government agency. But does this mean that China is ready to permit gay marriage?

Highly unlikely. For the Chinese state-run press, the positive focus has been the success of the new case filing system; that even a case that seeks to permit gay marriage is now accepted by the courts. And for sure, that is something that should be celebrated.

But more recently, in questioning the ethics of attorney Shi Fulong in taking the case, the Chinese press has signaled that the case will not be won. Given the current climate, namely the wholesale detention, arrest and suppression of China’s civil rights lawyers, the fact that there was still a lawyer to take this politically-charged case is shocking. But Shi Fulong is not one to avoid hard cases. Shi has represented Falun Gong practitioners, people fighting the illegal taking of their land, and in July 2015, during the mass detention and disappearance of hundreds of civil rights lawyers, signed a petition calling for their release.

It’s within this current crackdown that Shi bravely agreed to represent the gay couple. But that has not been without its potential cost. Last week, China’s state-run Legal Daily criticized him for continuing to represent his clients. In an op-ed by Hao Tiechuan, a Party member, former government official and law professor, the Legal Daily cites to various provisions of China’s Constitution and the Marriage Law to argue that, contrary to the complaint’s statements, the law is clear that marriage is only between a man and a woman. But unfortunately for lawyer Shi Fulong, the op-ed does not leave the case alone on its legal merits. Rather, it attacks the professional ethics of Shi in taking the case and continuing to represent the parties. The editorial argues that Shi has disrespected the law and filed a baseless lawsuit, all in violation of China’s Lawyers Law. Violations of the Lawyers Law could lead to a monetary fine and suspension or disbarment. 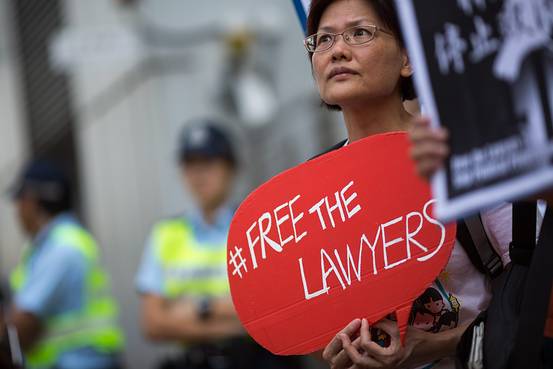 While alarming, on some level Shi Fulong is lucky that the op-ed does not cite more although he is certainly bordering on the danger zone. Likely in an attempt to contain China’s civil rights lawyers, in the past couple of years, the Chinese’s government has sought to penalize and contain the zealous advocacy that is required of lawyers, especially civil rights lawyers. In the Supreme People’s Court’s (SPC) recent Court Reform Plan, issued in February 2015, the SPC makes it a point to penalize what it considers false lawsuits. Paragraph 58 specifically commands the SPC to “[e]stablish record and discipline systems for good faith litigation. Punish false lawsuits, malicious lawsuits and unreasonably entangling litigation acts in accordance with law. . . .”

But what the SPC aspires to contain, recent amendments to the Criminal Law criminalizes. Effective November 1, 2015, China’s Criminal Law, Article 307(1), now provides up to a three year prison term for “[t]hose raising a civil lawsuit on concocted facts and seriously obstructing judicial order or seriously infringing on the lawful rights and interests of others. . . .”

For both of these admonitions, “false litigation” and “lawsuits on concocted facts” are left undefined. Meaning it will be in the discretion of the court – or more realistically the Chinese government and Communist Party – to determine what these terms mean. Which indicates that there will be a certain political determination involved.

What would Thurgood Marshall say about what is happening in China?

But as a civil rights lawyer, Shi Fulong’s job is to challenge the current law and push it to its limits. It was this type of lawyering that in 2003, caused China to eliminate the archaic and unjust custody and repatriation system. In the words of civil rights attorney and U.S. Supreme Court justice Thurgood Marshall, civil rights lawyers should “do what you thinks is right and let the law catch up.” Here though, by citing to the Lawyers Law and questioning Shi’s ethics in pursing this case, the state-run media seeks to further squash any hope that China’s civil rights lawyers can independently push Chinese society – or more apt, the Chinese government – forward. But I guess we have to remember that the world in which this was possible in China – namely 2000 to 2005 – has long since died. Fortunately for the Chinese people, there are still lawyers willing to wage this battle. And hopefully for Shi, the Legal Daily op-ed is as bad as it gets.

[1] Yirenping’s press release is on file with China Law & Policy.