Something Rotten in Denmark: What the U.S. & China Need to Do to Make the Most of Copenhagen

Comments (0)
By Elizabeth M. Lynch, November 25, 2009
The Copenhagen Conference on Climate Change is set to start in less than two weeks.  Guest blogger Marcy Nicks Moody offers her assessment of what’s left of the road to Copenhagen and the necessary role the U.S. and China must play to move discussions forward.

Something Rotten in Denmark: What the United States & China Need to Do to Make the Most of Copenhagen 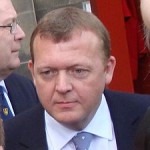 other leaders on the sidelines of the Asia Pacific Economic Cooperation (APEC) Leaders Summit. With less than one month until the United Nations Climate Change Conference opens in Copenhagen on December 7 and little in the way progress on the negotiations, the APEC leaders and Danish Prime Minister discussed metrics for the success of the talks. APEC, an organization widely known for accomplishing little, served as an all too fitting forum for an announcement that a legally binding agreement is not going to emerge from the Copenhagen conference.

Though the announcement simply confirmed the writing already on the wall for those familiar with the negotiations, it was nonetheless disappointing. The terms of the Kyoto Protocol will expire in 2012, and a ‘Copenhagen Protocol’ to replace Kyoto has been a key goal for some time.

Indeed, the history leading up to Copenhagen is far from short. The aforementioned Kyoto Protocol is a legally binding protocol to the 1992 United Nations Framework Convention on Climate Change (UNFCCC). And the UNFCCC, in turn, is a non-binding treaty aimed at stabilizing greenhouse gas (GHG) concentrations in the atmosphere in order to prevent severe changes in the world’s climate. It is, so to speak, the fountainhead of global climate change negotiations.

Moreover, though 182 countries (with the notable exception of the United States) are signatories to Kyoto, only 37 of these are bound to limit GHG emissions. Since Kyoto, climate science has become more precise, the price tag associated with the consequences of climate change has become more daunting, and the need for a broader global agreement has become more pressing. To that end, during the 2007 UN Climate Change Conference, an accord called the Bali Action Plan called for a new legally binding climate change agreement to be finalized by the 2009 conference in Copenhagen, with the aim of it going into force in 2013. Since the administration of George W. Bush proved generally unfriendly to restrictions on carbon emissions, it was hoped that 2009 would be the earliest point at which a broader global agreement could be reached.

The lack of a successor to Kyoto is not just disappointing, it will also be costly. The International Energy Agency’s 2009 World Energy Outlook estimates that each year of delay before moving to an emissions path consistent with the agreed level of a 2° C temperature increase will add $500 billion to the global incremental investment cost of $10.5 trillion for the period between 2010 and 2030. A new global climate change agreement is not simply necessary, it’s urgent.

Though the Obama administration is much more serious about climate change than the Bush administration was, U.S. negotiators have nonetheless had little to offer their foreign counterparts. In particular, the Senate does not plan to begin debating Waxman-Markey, the relatively stringent climate change bill passed by the House of Representatives, until next year. With the world’s strongest economy and largest historic emitter of greenhouse gases currently uncommitted to binding emissions targets, why would the rest of the world possibly want to offer up pledges of its own?

On Monday, Danish Ambassador to the United States Friis Arne Petersen published an article in The New York Times arguing that “Yes we can reach a strong, comprehensive and global agreement next month.” His letter, likely an attempt to control the reputational damage done to Copenhagen during APEC, makes the case for a ‘political agreement,’ with the goal of really, actually deciding upon a timeline for a successor to Kyoto this time. On the one hand, locking in progress made seems like a reasonable way to salvage failed dreams for Copenhagen. On the other, however, a “politically binding” agreement – as opposed to a legal one – will likely lack the teeth to be enforceable. Whatever emissions targets emerge from Copenhagen may thus evolve into nothing more than numbers on pieces of paper. 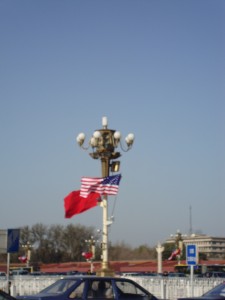 Can the U.S. & China Save Copenhagen?

In spite of Senate sluggishness, however, officials in the Obama administration have been hinting that they will try to provide momentum by bringing something to the table in Copenhagen next month, and the other elephant in the global climate room—China—did agree to language in a joint statement during Obama’s Asia trip indicating that a comprehensive agreement would “include emission reduction targets of developed countries and nationally appropriate mitigation actions of developing countries.” Some may scoff, but it’s better than nothing. And though it is currently the world’s largest GHG emitter, China is far from ignorant about the dangers of local pollution and global climate change.

One way in which the United States and China could reinvigorate climate change negotiations is by articulating a broad agreement (one which has not yet been reached) on the differentiation of financial responsibilities for mitigation and adaptation. The United States and China are, of course, the world’s most prominent emitters from the developed and developing worlds. How they plan to account for these very different roles would be a useful outcome of Copenhagen.

A legally binding agreement is, tragically (and expensively), out of the question, but Copenhagen is still not a foregone conclusion. China Law & Policy will keep its fingers crossed that the United States and China will give some momentum to the process, and that we can really, actually have an agreement in Mexico in 2010.