Just For Fun – Art Review: FOLD at the Museum of Chinese in America

Ai Weiwei’s public art installation, Good Fences Make Good  Neighbors, may be the talk of New York right now, but it is the recently-opened exhibit at New York’s Museum of Chinese in America (MOCA) that, if you want to see a subversive take on the current Administration’s immigration policy, is not to be missed.

MOCA’s exhibit, FOLD: Golden Venture Paper Sculptures, focuses on an event that ushered in a radical change in the United States’ immigration policy: the 1993 shipwreck of the Golden Venture in the Rockaways, Queens and the 281 Chinese undocumented immigrants, mostly men, who emerged from that cargo ship.  While 10 drowned trying to get to shore and another 190 were deported back to China and other countries, approximately 80 sought asylum and thus could stay in the United States pending a decision on their applications.

But unlike previous asylum-seeking immigrants, the Golden Venture men were not permitted to remain free.  Instead, for almost four years, while their cases were pending, they were held behind bars, mostly in a detention center in York, Pennsylvania.  With nothing to do, the prisoners began making shapes out of paper in the traditional Chinese folk art of papermaking, known in Chinese as zhezhi and popularized in Japan as origami.  But these artists took their papermaking to another level.  By tightly folding thousands of pieces of papers, the men were able to make large, beautiful paper sculptures. Some were of things that they knew – the ship that brought them to America, the Statute of Liberty, eight-story pagodas. And some reflect more their emotions – birds trapped in cages.  Or their playful side with cats fishing for fish and cartoon characters playing with each other. 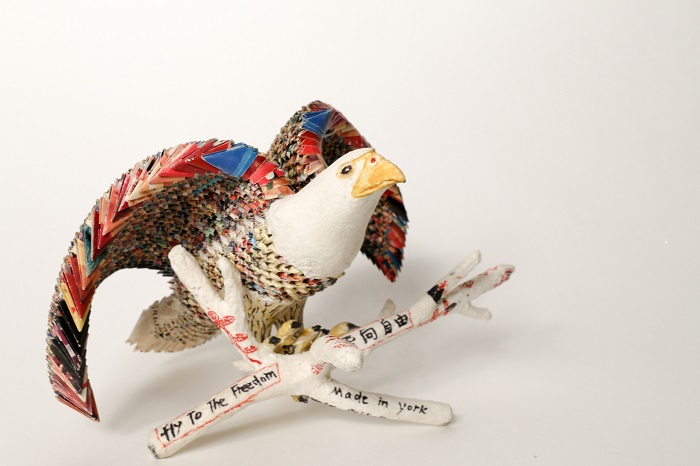 One of the paper sculptures in MOCA’s FOLD

With over 40 of these sculptures, FOLD showcases these artists at the forefront of a folk art revolution, with a creation of a new type of art – qianzhi, now known in English as “Golden Venture folding.”  But more importantly, this section of FOLD reflects these immigrants’ humanity, something that has been too easily lost in the past year as rhetoric surrounding immigration takes on an increasingly cruel and callous tone.

And it is the second half of FOLD that brings us back to the unpleasant reality of the United States’ severe immigration policy over the past 20 years, culminating with the current Administration.  In a 20-minute documentary that runs in a continuous loop in another room, FOLD places the Golden Venture in its historical context.  Even under a Democratic President – in 1993, Bill Clinton – the idea of an immigrant as a person, as a family, as an artist began to be replaced with the fear of an immigrant as a security issue or worse, a negative political poll. 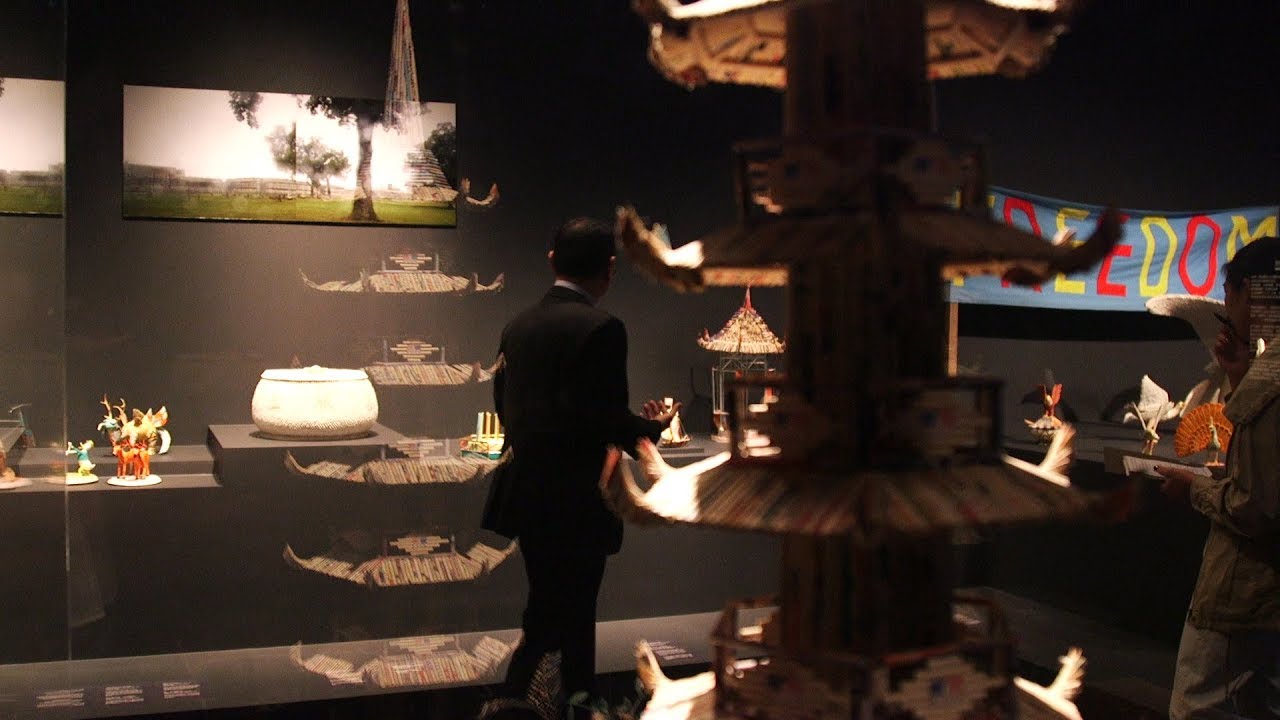 With discussions about the “bed quota” – a Congressional mandate that requires 34,000 immigrants to fill beds in immigration detention facilities not because there is a need but because the contracts with private prison companies require it – and the recent reversal on the Deferred Childhood Arrivals Action (DACA) program, where many of these DACA recipients now face the very real possibility of deportation solely because they trusted the government, FOLD sadly makes clear that the United States’ immigration policy is no longer a policy.  Instead it is a program that is used to feed corporate interests and nativist political whims.  Immigration has always been a difficult issue in America since essentially our founding.  But FOLD reminds us that there was a time before the Golden Venture when it wasn’t always like what it is today and our laws and regulations were shaped by policy, a policy that reflected our immigrant roots and sought to balance the interests of America with the humanity of the individual.