Why an Intermediate Court? The Impending Criminal Trial of Activist Xu Zhiyong 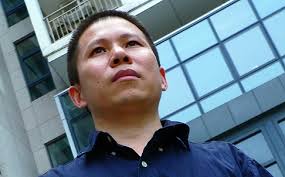 On Wednesday, the Beijing Municipal No. 1 Intermediate People’s Court will hear the trial of rights-defending lawyer Xu Zhiyong (pronounced Sue Zhi-young).  His alleged crime?  Disturbing public order, a charge that the Chinese government has used with abandon since China’s new president Xi Jinping rose to power at the end of 2012

Xu was not always the Chinese government’s Enemy No. 1.   Early in his career, Xu was celebrated for his ground-breaking work.  In 2003, Xu, along with rights-defending attorneys Teng Biao and Yu Jiang, successfully pushed for the abolishment of China’s custody and repatriation system, a form of extrajudicial detention that resulted in abuse and on one occasion the death of a college student.   In 2008, Xu, through his legal assistance organization the Open Constitution Initiative (“OCI” or in Chinese “Gongmeng”) represented parents whose children were poisoned by contaminated powdered milk, keeping the issue in the press and obtaining some form of justice for the parents.  These cases, in addition to investigations into the use China’s “black jails” – extrajudicial, ad hoc and secretive holding cells used to house government-defined trouble makers – brought both domestic and international fame.  In 2008, Xu was featured in China’s Economic Observer and by 2009, he would grace the cover of China’s Esquire magazine.

But Xu’s success also brought the attention of the Chinese government at a time when it was beginning to look less and less favorably upon the rights-defending movement.  In July 2009, Xu was detained on charges of tax evasion.  After being held for almost a month, Xu was freed on bail and his organization was fined a stunning 1.46 million RMB.  Such was the end of OCI.

Fortunately for the Chinese people it was not the end of Xu Zhiyong or his rights-defending work.  Instead, Xu looked to take his ideas and create

Emblem of the New Citizens Movement – calligraphy of Sun Yatsen

a more organized grassroots movement.  Working with other rights-defending lawyers, journalists, activists and average citizens, the movement called on the Chinese people to uphold the rule of law and seek to protect their civil rights.  By May 2012, Xu named this movement “New Citizens Movement” (in Chinese, Xin Gongmin Yundong) and called upon the new citizens to unite and help to establish a rule of law, protect constitutionally-guaranteed rights, end corruption in government and change the role of the Chinese people from subjects to full-functioning citizens.  Xu’s essay describing the movement was quickly removed from the internet.

In July 2013, Xu’s time had come; the police detained him and various other activists and in August 2013, formally arrested him for disturbing public order.   In its December 2013 indictment, the Beijing police charged Xu with organizing and being the ringleader of protests held in Beijing calling on the government to require that senior government officials disclose their financial holdings and assets (see video below of one of the protests).

The fact that the Chinese Communist Party has recently initiated such a pilot program of asset disclosure is irrelevant.  Last Friday, Xu appeared before the Beijing Municipal No. 1 Intermediate Court where he learned that his trial is set for Wednesday, that he will not be permitted to call witnesses, and will not be permitted to cross-examine the prosecution’s witnesses.  As protest, Xu will remain silent during Wednesday’s trial.

There are many things to question about Xu’s impending trial, but one aspect that jumps out as out of the ordinary is the fact that Xu’s trial will not be held in a basic trial court.  Instead, the intermediate court has jurisdiction; many of the other defendants arrested and charged for the same crimes will have their case heard in the Haidian Basic People’s Court.   Why is Xu different?  Why is his case being heard by a higher court? 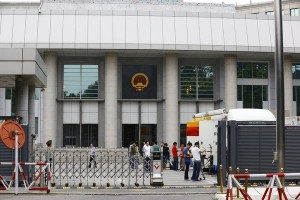 According to the China’s amended Criminal Procedure Law (“CPL”), an intermediate court automatically has jurisdiction if the case involves charges of endangering state security or involves terrorist activities, or if the case has a penalty of life imprisonment or death  (see CPL, Article 20).  Here, the charges do not involve state security or terrorism and the penalty is a maximum of five years imprisonment.

However, according to the Supreme People’s Court’s Interpretation on the Implementation of the Amended CPL (“SPC Interpretations”), even when a case does not involve state security, terrorism, a life sentence or the death penalty, the lower court can ask the intermediate court to hear the trial if (1) the case is large or complex, (2) is a novel and difficult case, or (3) is a case that is significant and thus would provide general guidance to other case (see SPC Interpretations, Article 15).

If Article 15 of the SPC Interpretations is the basis of the Intermediate Court’s jurisdiction, then the Intermediate Court must issue a written decision accepting the transfer and submit that decision to the lower court and the prosecutor.  Article 15 does not require that the written decision be provided to defendant or his attorney (see also SPC Interpretations, Article 14: Higher people’s courts deciding to try a first-instance case within the jurisdiction of a lower people’s court, should send down a written decision to change jurisdiction to the court below, and notify the procuratorate at the same level in writing”).

Unfortunately, none of the articles about Xu trial – either in Chinese or English – explain why his case is being heard by the Intermediate Court and not, like the other defendants accused of the same crimes, by the Haidian Basic Court.

But regardless of the reason why the Intermediate Court is hearing Xu’s case, the SPC Interpretations are fairly clear that where a case involves 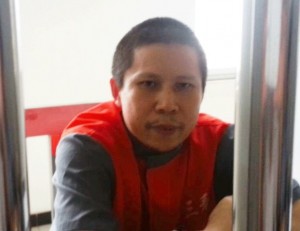 New Citizens activist and rights-defending lawyer Xiao Guozhen speculates that the police and prosecutors sought to separate the trials so that the statements of the other participants can be used against Xu in his trial.  According to Xiao, in a trial with multiple defendants, one co-defendant cannot serve as a witness.  But when the trials are separated, the other defendant’s statements and confessions can be used in the trial against Xu.  But this all supposes that the other accused will speak out against Xu.

Hopefully Wednesday we will know although as Prof. Jerome Cohen points out, the authorities has done all that it can, such as using one of the smallest courtrooms in the courthouse for Xu’s trial to guarantee that the trial is all but closed to the public.  Another violation of the amended CPL.

4 Responses to “Why an Intermediate Court? The Impending Criminal Trial of Activist Xu Zhiyong”