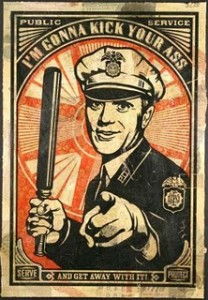 Over at the US-Asia Law Institute’s blog, research fellow, Jeremy Daum has just published a thought provoking article on the Zhang Guoxi case, the first case to publicly – and perhaps most effectively – use China’s exclusionary rule to exclude evidence that was obtained through torture.

In June 2010, China surprised the world by issuing detailed rules on the use of evidence obtained through torture, essentially excluding it as the basis of conviction when the prosecutor could not show that the evidence was obtained legally and without torture.  China Law & Policy blogged about these new rules here and here.

On paper, the new rules provided hope that the police would reign in their ardent use of torture as a means to obtain a conviction.  But in practice, it appeared that the courts, the enforcers of the new exclusionary rules, had little institutional power to control the more powerful police and prosecutor’s offices.  This fear appeared to be realized when the Supreme People’s Court, a few weeks after the Rules’ adoption, chose not to apply them to overturn a death sentence that appeared to be based on a confession obtained through torture.

But as Daum describes below, a trial court in Ningbo has done what scholars thought was impossible – use the exclusionary rules to deny the use of a suspect’s confession where the prosecutor was unable to, or more aptly was too arrogant to provide evidence that the confession was obtained legally.

The Ningbo trial court did not just stop there.  Instead, the trial court issued a clear and transparent opinion on its decision, reflecting its reliance on the letter of the law concerning the new exclusionary rules. As Daum notes below, in China such an opinion from a trial court is rare making Daum wonder, what impact will the appellate court’s decision (the decision has now been appealed to the intermediary court), and the public’s response, have on the Chinese government’s impending adoption of an amended Criminal Procedure Law (“CPL”).

Below is an excerpt of Daum’s interesting article with a link to the full version. 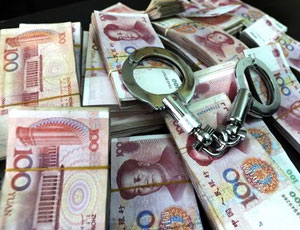 Normally, ‘dog bites man’ is not news, but in the generally bleak climate for reform that pervades China’s criminal justice system, a story of “judge upholds law” has gained some traction in the Chinese media. As Chinese and foreign experts scrambled to absorb new draft revisions to China’s Criminal Procedure Law (CPL) in time to offer their opinions during the single month allotted for public comment, another less publicized story was also making waves in the legal community. A trial court in Ningbo has been hailed as the first to give full force to rules on the exclusion of illegally gathered evidence jointly introduced slightly over a year ago by China’s Supreme People’s Court, Supreme People’s Procuratorate, Ministry of Justice and top law enforcement agencies (“the Rules”), by excluding a confession and allowing a defendant to go unpunished…

…The case itself is remarkable only in its mundanity.  It is an ordinary bribery case in which Zhang Guoxi (章国锡), an official from a local construction administration project, was accused of abusing his office to accept seventy-six thousand yuan (about $12,000 U.S.) in graft over four years. The mistreatment that Zhang allegedly received at the hands of interrogators is also not the sort of blood-curdling horror story that “shocks the conscience” or that one might expect would provoke a judge to take a stance against his investigative and prosecutorial colleagues, risking his career and reputation….

….What is exceptional about the case is instead the trial court’s insistence that prosecutors and investigators follow both the spirit and the letter of the law.