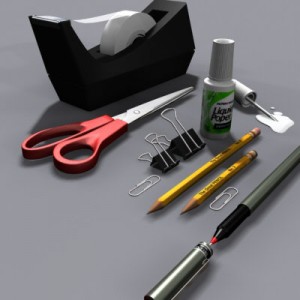 As promised, on July 9, 2010, China submitted its proposal to join the World Trade Organization’s (WTO) Agreement on Government Procurement (GPA).  China’s government procurement market – in which the government purchases supplies and services to keep it running –is larger than the GDP of many small nations, accounting for $500 billion by some estimates, a size that makes many western companies salivate.  But China has no legal obligation to open its government procurement market to global competition.

Needless to say, the inability for foreign companies to access such a huge market has been a sticking point for many foreign governments in its dealings with China.  During May’s Strategic & Economic Dialogue (S&ED), Secretary of State Hillary Clinton raised the government procurement issue often.  By the end of the S&ED, China promised to submit an application to the GPA in July, its first submission since 2007 when China’s application was resoundingly rejected by other GPA member nations for being over-protectionist.  But the U.S. is not the only country with issues concerning government procurement.  German Chancellor Angela Merkel visited China in the beginning of July and market access was number one on her list of discussion topics with the Chinese leadership.  Even the U.S. Congress is threatening action, proposing the adoption of the “China Fair Trade Act of 2010” if China does not open its government procurement market.

So with all that pressure, will China’s 2010 revised offer to join the GPA open its markets to foreign corporations?

Don’t hold your breath.  While China responded to some of the criticism lodged against its 2007 application – it shortened the implementation period from 15 years to 5 and significantly lowered the monetary values of the projects and purchases covered to be more in line with other member states – its 2010 application does little to actually open its government procurement market.

In Annex I of China’s 2010 application, a larger number of central government agencies are covered compared to China’s previous application – 61 to be exact.  But the largest market – namely government procurement on the local level – is completely absent.  Annex II, which is to list those sub-central government agencies covered by the agreement, is left blank.  Additionally, China’s state-owned enterprises (SOEs) are also not covered by the GPA 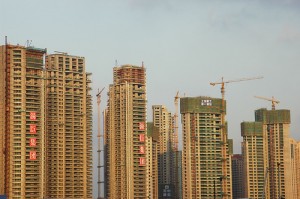 application.  Although a hybrid between a government-run organization and a private corporation, SOEs maintain good ties with the government, especially on the local level.  As Monday’s New York Times pointed out, many SOEs whose businesses are completely unrelated to housing development, such as the Anhui Salt Industry Corporation, have been the biggest players in China’s real estate construction boom.  This is largely due to the SOEs huge amounts of cash and their ability to endless borrow from government-run banks.   But under China’s 2010 GPA application, these SOEs would be allowed to ignore competitive bids from foreign companies.

Although this is a disappointment for foreign corporations looking to crack into China’s government procurement market, China’s current 2010 GPA application is at least honest in admitting to the fact that the central government might have a lot less control over the provinces than many thought.

This is especially true if central policies seek to disrupt the symbiotic relationship that exists between local governments and local SOEs.  As Reuters notes in its report on China’s GPA application, China’s provinces have had a long history of preferential treatment of local provincial industries, even at the expense of Chinese corporations from other provinces.  These local SOEs – like the Anhui Salt Company – employ hundreds if not thousands of local workers, and local SOEs are often more willing to partake in a “I-scratch-your-back-you-scratch-mine” economy.  Take for example the real estate auction mentioned in the New York Times article.  At a government-run public auction, Anhui Salt put in an offer that far surpassed other offers, unnecessarily bidding up the price that it would eventually pay for the land.  But that inflated price goes directly to the coffers of the local government.  And in some provinces, where the government’s balance sheets are more of charade than actual accounting, this extra income is important.  Needless to say, provincial governments are inherently protectionist of its local industries and the system the two have created.

While many believe that the Chinese central government, with it authoritarian rule, can force provincial level governments to act a certain way, China’s 2010 GPA application reflects that there are actually limits.  It also hints that China might be more of a federalist system than originally thought.  Although the U.S. is a member nation of the GPA, because the federal government cannot mandate state government behavior when it comes to government procurement, states have to affirmatively agree to the join the GPA.  In the U.S., only 37 states are signatories to the GPA; the federal government can’t force states to comply with the GPA.  Similarly, China’s 2010 application and the fact that the central government apparently cannot force provinces to sign on to the GPA, raises the question if China is in fact a de facto federalist system.

At any rate, given the absence of SOEs and local governments from China’s GPA application, expect the 2010 offer to be rejected again.  What will be interesting is how loudly the U.S. will object when 13 states have yet to sign on to the GPA.