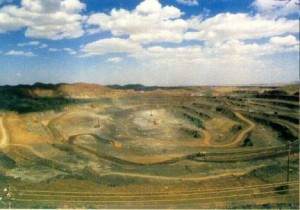 Last November, China Law & Policy reported on an obscure-sounding group of minerals found at the bottom of the periodic table: rare earth minerals.  While you may never have heard of them, you likely use them.  With their lightness in weight and resistance to heat, rare earths have been instrumental in many technological innovations, from color television, to laptops, to the iPhone.  Rare earths are also essential to any company that wants to succeed in the green technology revolution.  Rare earths are needed to create batteries for electric cars and for wind turbines.  Expect demand to increase.

But while demand increases, the global supply will decrease.  Why?  China currently produces 95% of the world’s rare earth minerals and in the beginning of June, the Chinese government announced that it was considering nationalizing its rare earth industry.  As China becomes a leader in green technology, its own domestic demand increases, leaving less to export.

Monday’s PBS Newshour did a 10 minute analysis of the rare earth dilemma, China’s demands and what it means to the U.S. as it seeks to catch up in the green technology revolution.  To watch the video or read the transcript, click here.