Google & China: Is it Really About Censorship? 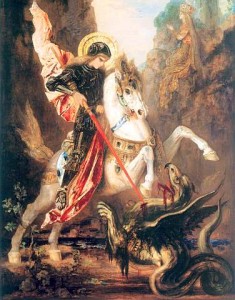 Is it St. George or Google that Slays the Dragon?

Google has become the Western media’s new Saint George.  With its pullout from China last week and its refusal to submit to the Chinese government, Google slew the dragon of censorship, or at least that is the story being marketed by the press.

But if we look back to Google’s announcement from January 12, 2010, the catalyst of Google’s troubles in Beijing had little to do with censorship.  Instead, what initiated Google’s eventual withdrawal from China was the hacking attack of its computer infrastructure and the theft of valuable intellectual property.  Absent this attack, would Google have left China?  How did we go from a cyber-attack to a principled stance on censorship and why?  And is relying on Google to promote human rights a good thing?

Don’t Be Evil….Unless it Doesn’t Correspond with Shareholders’ Interests

Google claims that its informal motto of “don’t be evil” is a central pillar of its corporate core values.  But in reality, its motto can only be applied to the extent that it does not conflict with shareholders’ interest.

Google is a publicly traded company and as such, its primary duty to is to its shareholders, usually achieved through the maximization of profits.  This isn’t just a precept of sound business; it is an actual requirement of the law.  In the U.S., directors and officers of a corporation have certain fiduciary duties toward the corporation’s shareholders; if an officer or director acts in a way that breaches these duties, shareholders may bring an action against the board of directors and the officers.   This is to guarantee that the directors and officers act in good faith toward a corporation’s shareholders and make decisions based upon reasonable business interests and not upon personal ones.

Before Google made its January 12 announcement, rest assured that it probably checked with legal counsel to guarantee that shareholders could not bring a suit against it for violating fiduciary duties.  Most likely someone wrote a memo analyzing the merits of shareholders’ potential claims against Google for pulling out of the largest internet market in the world.

The current China internet market totals around 348 million users, more than the population of the United States but 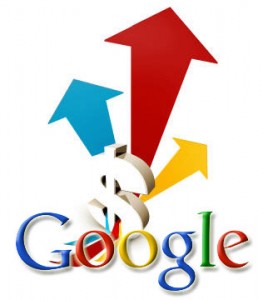 less than a third of China’s potential internet population of 1.3 billion people.  With such an untapped potential, even if Google maintained its 33% market share of the Chinese search market, it could potentially reach 429 million people.

Can walking away from a market that potentially could be that big ever be justified to shareholders on the grounds of Google’s censorship?

Likely not.  A rational shareholder purchases shares of Google not because of its founders’ stance on censorship in China but more for high return on its equity investment; in other words, profits through increased share price.

So how does Google get away with avoiding a shareholder lawsuit?

First, Google’s foray into China resulted in marginal benefits for the company.  Google did not enter the Chinese market with its Chinese search engine google.cn until January 2006 (to understand the difference between google.cn and google.com see CL&P’s previous article).  However, prior to 2006, Chinese internet users were able to access the U.S.-based search engine, google.com.  At the end of 2005, just through the use of the U.S.-based google.com, Google already had 27% of the Chinese search engine market.  Fast-forward to 2010, four years after it launched its censored Chinese search engine, Google was only able to raise its market share six percentage points to 33%.  Even with its withdrawal from the Chinese mainland, Chinese internet users will still have access to Google either through its U.S.-based search engine, google.com, or its newly established Hong Kong-based search engine, google.com.hk.  Thus, Google’s market share in China will likely continue to hover around 30%.  So the impact of Google’s withdrawal on its profits is relatively small, staving off a shareholder lawsuit.  If profits in China were higher, would Google still have left?  Maybe not.

Furthermore, the initial reason behind Google’s departure – a cyber-attack – is likely sufficient to justify giving up the domestic China market and the meager increased profits.  Although the cyber-attack has been pushed to the background, it’s actually a pretty big deal.  The attack on Google, which was coordinated with an attack on over 30 other western high tech companies, resulted in the theft of proprietary source code and other intellectual property.  While Google hasn’t openly discussed the extent of the cyber-attack, Adam Segal of the Council on Foreign Relations and an expert on cyber-espionage, hypothesizes that the Chinese hackers made substantial inroads in obtaining some of Google’s core technologies, namely “how it collects information on users and how it uses it to exploit its [Google’s] market advantage.”  This is information that is core to Google’s success and not something that it wants hackers to be able to access.  Any gains from protecting this information far outweighs the losses of shutting down its Chinese search engine. 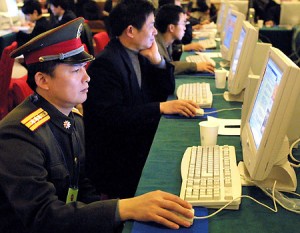 Cyber-attacking or Playing the Art of Warcraft?

Why then the censorship angle?  First, companies don’t really like to announce their vulnerabilities to cyber-attacks.  It’s not surprising that not a single company out of the other 30 that were attacked has stepped forward.  But second, and perhaps slightly cynically, the censorship angle is a marketing bonanza for Google.  Google is the West’s white knight, and although its share price has dropped significantly since it first threatened to leave China, it could have fallen lower absent the positive press surrounding its departure.

And if this was really just about the censorship, why did it take over two months for Google to leave the mainland?  The Chinese government is not about to give up on censorship, as Google executives must be keenly aware of.  So why prolong it?  And if censorship is so abhorrent to Google’s mission, why continue to promote your Android technology on Chinese mobile networks?  Censorship in China is not limited to computers.  A tremendous amount of censorship and surveillance also occurs on mobile devices.

Google’s principle stance against censorship likely has merit and its belief in “don’t be evil” isn’t idle chatter.  But in regards to Google’s withdrawal from China, censorship was neither the only nor the primary reason for its departure.

What’s the Big Deal if Google wants to Say it Left because of the Censorship?

First, by relegating the cyber-attack aspect of the Google-China incident to the background, the press, U.S. government and corporate America avoid confronting what some call the greatest threat to U.S. prosperity.  Adam Segal – in an interview on Digital Age – offered a sobering account of cyber-espionage and the U.S.’ lack of preparation to deal with this increasingly sophisticated threat.  Although previously focused on military secrets, Mr. Segal argued that the threat is increasingly on corporate secrets.  One of the last vestiges of the U.S.’ success lies in its intellectual property.  But cyber-espionage, especially by the Chinese, puts this very much at risk.  Before, companies avoided intellectual property theft by not doing business in China or setting up an office there.  But now, with increasingly sophisticated hacking, companies can no longer avoid the risk that their research and development is vulnerable – the physical location of a company’s R&D does not matter.  According to Rahm Emanuel, “never let a serious crisis go to waste.”  But that is exactly what happened here.  Every discussion about Google – from the press to Capitol Hill to the Administration –  has been about censorship, not about the more serious threat to the U.S.’ national security, cyber-espionage.  Google should certainly be commended for being so open about the Chinese cyber-attack.  Such frankness and cooperation with the U.S. government is important in battling cyber-espionage.  But the U.S. government appears to have largely ignored this opportunity to create a structure or a defense to deal with this issue.

But perhaps more importantly, should we rely on Google, a publicly traded company, to serve as our proxy on issues 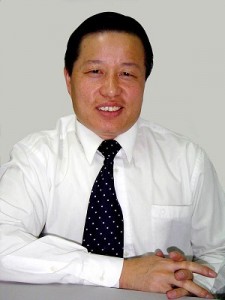 of human rights?  Google was not created to promote human rights; Google’s dual aims are technology innovation and profits.  And there is nothing wrong with that; it’s what corporations do.  But by focusing so much on Google’s decision to leave China and cloaking it in this narrative of a principled stance against censorship, are we excusing our own behavior and inaction?  While the press has focused on Google’s departure from China, a real human rights defender, GAO Zhisheng, has “disappeared” in China.  Detained by the Chinese police last year, Mr. Gao went missing a few months ago with Chinese officials stating that he was “where he should be.”  Only yesterday was he found, alive.  But this story has received little attention from mainstream press and scant consideration from the Administration (the Google incident inspired a speech from the Secretary of State).  What kind of emerging superpower says that one of its citizens is where he belongs?  And what kind of society that is considered a bastion of human rights allows this power to get away with it?

4 Responses to “Google & China: Is it Really About Censorship?”