The third and final in a series of articles regarding China, On the Road to 2025.  Click here for Part 1; Here for Part 2. 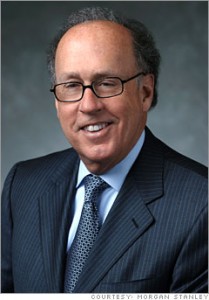 One of the keynote speakers of “China 2025” was Stephen Roach, Chairman of Morgan Stanley Asia, who discussed China’s economic outlook. Roach opened his speech with two observations which formed the basis for his comments on the Chinese economy. First, he said, we should not forget that China’s growth benefits not just itself, but also the economies of Asia and the global economy more broadly. The second observation was not his originally, but Premier Wen Jiabao’s (pronounced When Gee-a Bao), who in March 2007 apparently described his country’s economy as being “unstable, unbalanced, uncoordinated, and unsustainable.”

Roach agreed with the Premier’s characterization. China has a supply-focused economy, with production of goods focused on external markets. Indeed, 80 percent of Chinese GDP goes to exports and export sector-led fixed investment, Roach said. Chinese economic growth has also been commodity intensive, requiring vast amounts of outbound investment to access resources and fuel further growth. The fragmentation of governance, corporate control, and the financial system makes the Chinese economy uncoordinated, and with increasing levels of pollution, the unsustainability of China’s growth model is further exacerbated.

After painting a broad picture of the Chinese economy, Roach went on to argue that China’s stimulus package, announced in November 2008, will only compound current imbalances. Seventy-two percent of the package, which had a headline figure of 4 trillion RMB ($586 billion), has gone to infrastructure, and fully 1 trillion RMB ($147 billion) have been allocated for post-earthquake reconstruction in Sichuan province. Not entirely surprising88 percent of growth was driven by fixed investment in the first half of 2009.

The approach is not novel for the Chinese. Similar packages were dispatched in response to the Asian financial crisis in 1997-98 and the slowdown of 2000-01. The general strategy, Roach said, is for growth to be “jump started” by fixed investment, after which the export machine takes over as external demand recovers. But this strategy will not work this time, Roach argued, since external demand—namely the demand of U.S. consumers—is not going to return to previous levels. For these reasons, Roach is predicting a slowdown in the Chinese economy around mid-2010.

Though the argument has some strength, there are also shadows. First,  the stimulus package did include some measures to stimulate household consumption and improve the social safety net which Roach did not mention. Roach should not have so lightly brushed off these measures, as it indicates China’s recognition of current imbalances and the political will to begin remedying them. Second, and related, is Roach’s implication that China either expects external demand to recover to its previous rate of growth or is too naïve to realize this is not going to happen. Arguing that China is either ignorant or in denial seems, to this author, at best unhelpful and more likely a mistake. U.S.-China cooperation over the course of the financial and economic crisis has been close, and China is well aware that the United States will likely not return to the spending patterns that directly preceded the financial crisis. The third issue that was ignored is that of exigency. Might some of the infrastructure spending prove to be inessential, or even superfluous? Will the spate in bank lending lead to a deterioration of credit? Might Beijing deem the stimulus to be ‘worth it’ anyway? Might we? It’s an open question without a clear answer, but was not addressed.

But beyond the stimulus, how will China escape from this unstable, unbalanced, uncoordinated, and unsustainable 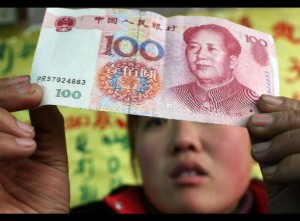 pattern of growth? One common argument is that the Chinese economy needs to shift away from its current focus on investment and exports, and towards a model based more on private consumption. But as Roach noted, households’ saving in China remains high, because families need to hedge against uncertainties over the provision of healthcare, education, and pensions. To increase consumption and therefore rebalance the Chinese economy, then, one of the key structural changes required is the strengthening of the social safety net, Roach argued.

Also of note is the fact that household incomes in China have not been rising as quickly as national income. That the Chinese government needs to strengthen the social safety net is irrefutable, but measures to increase household incomes, which are not limited to policies that would increase government transfers to households—such as addressing weaknesses in the financial sector, for example—will also play an important role as China seeks to rebalance its economy.

In closing, Roach outlined five of the benefits that would accompany a rebalanced Chinese economy. First, shifting the pattern of growth from a supply to a domestic demand-oriented model would create more stable growth. It would also broaden support for consumer demand, reduce external imbalances, lower the resource intensity of Chinese GDP, and encourage the growth of China’s services sector. In brief, it could help create a Chinese economy that is more stable, balanced, coordinated, and sustainable. Wen would be happy.