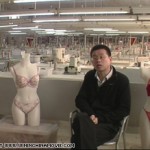 2 Responses to “The Center is Holding, with Troubles at the Periphery”