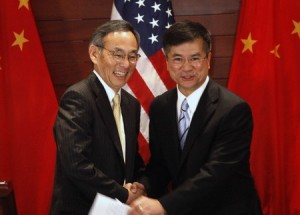 One Response to “Chu and Locke Discuss Climate Change in China”