A Dusty Springfield Approach to the Chinese Exchange Rate?

Not a day goes by without mention of China and its currency: “China’s manipulating its currency, injuring the U.S.” “No it’s not, and if it were, it only hurts the Chinese people.”  Guest blogger Marcy Nicks Moody tries to make sense of it all and examines the mechanics underlying the Treasury Department’s pending decision to either designate China a currency manipulator or not.

A Dusty Springfield Approach to the Chinese Exchange Rate? 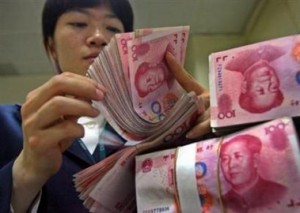 Will China allow its currency to float?

Last week, in a discussion about the administration’s approach to China’s exchange rate policy, White House press secretary Robert Gibbs remarked that President Obama “mentioned just a few days ago that he wished and hoped that China approached their currency using a more market-based interpretation.”

If only wishing and hoping were the ne plus ultra of sound policy-making. Unfortunately, they’re not. And Mr. Gibbs’ comment was more revealing of his administration’s approach to the Chinese exchange rate than he may have hoped. Or wished.

On a more or less biannual basis, chatter over China’s undervalued currency increases, coinciding with a report that the Treasury Department must submit to Congress on international economic and exchange rate policies. This is the document in which a country is formally designated a currency manipulator or, in the case of China or any other country since 1994, is not.

Does China manipulate its currency? Yes. This fact is well-known and rarely questioned. The gargantuan scale of its global trade and current account surpluses and rate at which China is intervening and accumulating foreign exchange reserves to keep the renminbi (“RMB”) from appreciating make it all but impossible to argue otherwise.

But does China intend to manipulate its currency in order to gain an unfair trade advantage? Well yes, but this is part of the legal metric by which China must be judged in the foreign exchange report, and it remains the technical basis on which the Treasury sidesteps formally designating China a manipulator of its currency. The arguments for so doing do not include any serious contention that China does not intend to manipulate its currency, but rather that engagement works better than saber-rattling.

That is one possibility. Another is that there is no saber. What if China were designated a currency manipulator in a Treasury report to Congress? Would the administration huff and puff and hold its breath until all of Washington turned blue? That might be the best option, for nothing necessarily follows from the findings in these reports, other than expedited negotiations, which are fancy words with few teeth. And demonstration of ineffectiveness on an important issue is something the Treasury might understandably like to avoid. Naming China a currency manipulator would strain relations further but in itself provide no foreseeable gain. And besides, the whole world knows it anyway – it’s not like the report would be telling us anything we didn’t already know. 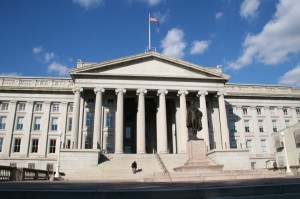 Though the Treasury Department’s stance is far from principled, it does have some weight. But the exceptionalist tone of this stance—which suggests that China is exempt from Treasury censure because of some special status it holds—may well damage U.S.-China relations in the longer term. For years, the United States has encouraged China to act as a responsible stakeholder in the global economic and financial system, playing by the rules China increasingly helps to write. Allowing China to escape criticism for undervaluing its currency simply because ‘it is China’ runs counter to the notion of that stakeholder. Given the belligerent tone Beijing has recently taken on a range of foreign policy issues from Copenhagen to the Dalai Lama’s recent U.S. visit to exchange rate policy itself, the United States would do well to move away from this more recent G2-style exceptionalism and towards responsible stakeholdership in its rhetoric and substantive discussions with China.

Moreover, American concern about undervaluation of the RMB dates to at least 2003. Modest appreciation notwithstanding, engaging and talking softly behind closed doors have not worked. That Chinese surpluses cost Americans jobs should be an abomination to Washington, especially now, as unemployment remains unacceptably high. China is unlikely to move on its exchange rate unless it perceives that doing so would be in its own interest, and for better or for worse, it is up to Washington to create that incentive.

A Treasury report designating China a currency manipulator is unlikely, by itself, to produce any results vis-à-vis the RMB. And it might not even trigger events that would compel China to allow the RMB to appreciate. But it might. The current state of affairs is unacceptable, and as even Dusty Springfield knows, wishin’ and hopin’ and dreamin’ and prayin’ are not enough.