Adam Bobrow: Trade Policy by Proxy—§421, Lost Opportunities, and a Prescription for Improvement

On Friday, in a move that some claim to be political posturing and others claim to be a long overdue enforcement of trade laws, President Obama decided to levy tariffs on tire imports from China.  In issuing these tariffs, President Obama relied on Section 421 of the Trade Act of 1974.  Section 421 is exclusively about imports from China and permits the President to issue tariffs on a product from China if the product is being imported “in such increased quantities or under such conditions as to cause or threaten to cause market disruption to the domestic producers of a like or directly competitive product….”  That’s right, neither “unfair trade” nor “dumping” has to be alleged; just market disruption (see analysis here).  But China agreed to this specific provision in order to join the WTO.  In response to President Obama’s decision, China has threatened to levy tariffs against automotive imports and chicken meat.

So while President Obama’s decision was likely “legal,” was it the right move to make?  Trade law expert and China 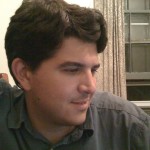 specialist Adam Bobrow offers his take on the President’s recent decision for tire tariffs below.

Trade Policy by Proxy—§421, Lost Opportunities, and a Prescription for Improvement

Last Friday, President Obama announced his decision in response to the first China-specific safeguard petition of his term.  The U.S. International Trade Commission (USITC) recommended imposing tariffs of 55%, 35%, and 25% ad valorem, for one year each to compensate for a market disruption to the domestic industry caused by a surge in imported car and light truck tires.  The President was predictably Solomanic:  he accepted the USITC’s framework, but substituted a tariff of 35%, 30%, and 25% ad valorem, in each of those years.  The President’s move upset many observers and interest groups—as it would have if he had imposed the relief recommended or no relief at all.  (In each case, a different distinct group would have applauded while the others jeered.)  To perhaps a greater extent than with most Presidential choices, this was a no-win situation.  In fact, the safeguard will not have a large impact on the U.S. economy.  So why spill so much ink over it? 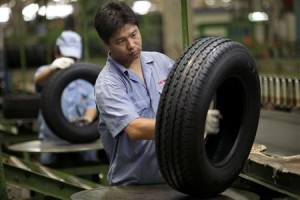 Made in China - Tires

and avoided some of the avalanche of criticism that the safeguard has engendered?  Even more important, for a President who has claimed to be nominally in favor of trade liberalization but with supporters in Congress and organized labor who are not, how could the President enunciate a trade liberalizing agenda that might succeed?  First, a primer on the politics of trade policy is in order.

During the last half of the 20th century, there was a centrist consensus on trade in the United States.  Based on a general understanding of the economic implications of comparative advantage, the memory of the “beggar thy neighbor” policies of the 1930’s, and the benefits conferred by successive rounds of multilateral trade liberalization, the center held through the Clinton Administration.  That center crumbled in the last 8 years during an Administration that believed in trade liberalization but reflexively opposed any policy that could be construed as intervention in the economy.  Ultimately, the Bush Administration mismanaged the economy and undermined the consensus on trade liberalization in which its officials believed.

The situation now, with the Democrats in control of Congress and the White House, challenges the premises of the centrist consensus on trade liberalization more directly than did the divisive style but nominally free trade ideology of the Bush Administration.  According to Public Citizen, all the races in which trade played a part in 2006 favored the Democratic candidate, the one Public Citizen identified as favoring “fair trade,” a term that embraces a policy with less liberalization, more tools to protect existing workers in domestic industries, and less autonomy for Executive Branch trade negotiators.  (The results in 2008 were similarly one-sided from a trade perspective, if not quite as dramatic.)  As a result, a significant part of the majority caucus now believes in opposing continued trade liberalization and will fight for that position.  Assuming that the White House would like to rebuild a centrist consensus around the continued benefits of trade liberalization, the current make-up of the Congress poses a tremendous challenge.  The partisans on President Obama’s side of the aisle do not believe in trade liberalization and potential allies on the other side of the aisle have been unwilling to support any White House initiative in any meaningful numbers thus far.  How to thread this needle?

The way forward is a trade policy that embraces the entire economic impact of increased globalization throughout the U.S. economy and does not remain tied exclusively to the issue of lowering tariffs and eliminating non-tariff barriers alone.  Freer trade makes good economic sense:  in the common parlance, trade is a win-win economic deal.  But while economies experience trade as win-win, there is no guarantee that those benefits will reach all communities—and in almost all cases, some communities will lose because of freer trade meaning that the economic pain felt by some is both undeniable and due to trade.

The key is to find a way to lessen the economic pain and insecurity in those communities.  The answer lies not in instituting protectionist policies and raising barriers or in trying to impose standards on our trading partners that they cannot meet.  The answer lies in changing two things right here at home:  the framework in which we view trade and the way in which we manage our economy.

With regard to adjusting our lenses on trade, the issue must become one that recognizes the extent to which trade policy is not an arcane subject but one that touches everything about the U.S. economy.  As such, the trade policy debate should embrace fiscal policy:  fundamentally, the benefits of trade must be spread more widely.  A dramatic expansion of the Trade Adjustment Assistance programs that would allow for worker retraining and provide support to businesses transitioning due to losses in their communities arguably related to trade.  The health-care debate currently underway in Washington should be harnessed to support a liberalizing trade policy at the level of the individual worker:  given the dynamic and ever more productive job market in the United States, it is critical to down-sized workers to provide an affordable option to employer-based health care.  Longer term goals would include specific support for the industries of the future instead of simple protection for the industries that have trouble meeting globalized competition and a tax code designed to distribute the benefits of increased national wealth attributable to trade to more of the population.

These proposed measures are all political; all would be designed to create a grass-roots environment in which the benefits of trade permit the political space for elected representatives to continue trade liberalization.  While the idea of exporting jobs will always cause problems politically, removing the fear of job losses in which the entire community faces a different economic future is essential to create that political space.  By addressing trade through a fiscal policy lens, difficult reciprocal liberalization will also be easier, albeit still hard.  Completing the Doha Development Agenda at the WTO will offer many of the traditional benefits familiar from previous rounds of trade liberalization, but it will require that the United States address the inequities in its agricultural support system.  With the disproportionate weight in the Senate given to farm states, without a political consensus on the benefits of trade liberalization, such an initiative will never progress.

Perhaps President Obama sought to pursue such a paradigm shift in trade policy with the failed attempt to convince Representative Xavier Becerra to take the job as USTR.  This Latino Democratic Member from Los Angeles is the first to serve on the House Committee on Ways and Means and is one of the most senior Latinos in Congress as well as a member of the Democratic leadership.  As USTR, he would have had the opportunity to discuss the fiscal elements of rebuilding a centrist trade consensus based on improved fiscal and immigration policy.  Although generally in favor of trade liberalization, Representative Becerra has opposed recent trade measures, from bilateral free trade agreements (FTAs) to any extension of trade negotiating authority to President Bush.  As USTR, he would have shaken up the trade bar but would have actually represented a fresh face and a fresh approach to trade policy.

Representative Becerra reportedly refused the position.  Although speculation, the tenuous nature of the White House support and the difficulties inherent in trying to link so many important policy areas as USTR, traditionally one of the least powerful cabinet positions, certainly factored into his decision to decline the nomination.  Thus far, given that the Administration has not embraced a far reaching trade policy and has let its §421 decision speak louder than its policy prescriptions on trade, it appears that Representative Becerra made the right choice.  The question is, will the Administration learn from this criticism and make the right choice to broaden the trade policy debate beyond the China-specific safeguard.

Adam Bobrow is an international trade lawyer in Washington, DC.  He has experience working on trade policy, especially the U.S-China trade relationship, for the federal government in both the Executive Branch and on the Hill.  He has several years of experience advising companies and individuals doing business in China.  He can be reached at afb3@georgetown.edu.

What’s Going on in Europe: Sarkozy Calls for Carbon Tariffs on Imports

Does France’s president Nicolas Sarkozy read China Law & Policy?  Sure looks that way.  In an effort to promote carbon caps domestically, Sarkozy also called for any international climate change agreement to include a carbon tax on imports into Europe from countries that do not impose carbon emission caps.

In response, many economists argued that Sarkozy’s push for a carbon tax on imports could lead to alienating China from agreeing to any sort of emission caps in Copenhagen.  This is the same criticism lodged against the tariff provisions in the U.S. House of Representatives’ Climate Change Bill.

There is a real risk that these economists are right; China will begin to feel bullied and, for its domestic audience’s consumption, walk away from an international climate change agreement.  Although the Chinese government enjoys one-party rule in an authoritarian state, it is still susceptible to domestic public opinion, especially given the fact that nationalism runs very high.

But at least our European allies realize that any international agreement is a give and take; there are carrots and sticks.  On the same day that Sarkozy called for carbon tariffs, the European Union’s (E.U.) environment chief, Stavros Dimas, announced that the European Commission would pledge $3 billion per year to developing countries, including China, to assist with capping emissions and developing clean technologies.

The E.U.’s pledge is the carrot in this situation.  It is agreeing to a term that China has said is necessary for it to consent to any international climate change treaty.   So even in light of Sarkozy’s call for carbon tariffs, the Chinese government can turn to its people and show that it was not bullied.  Instead, China received the one element that it considered indispensible.

The U.S. unfortunately has only been providing sticks.  There is evidence that the tariff provisions provide some leverage against a country like China, but without providing some sort of bargaining chip, China will likely not respond positively to the U.S.’ hard-line tariff provisions.  Instead, the U.S. should learn for the E.U. and look to see where it can find common ground with China.  Without this common ground, it starts to look a lot like bullying.