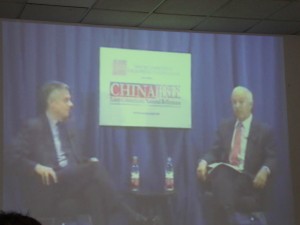 Last night’s China Town Hall, a live webcast sponsored by the National Committee on U.S.-China Relations and hosted by various educational institutions throughout the United States, fell short of expectations.   Featuring U.S. Ambassador to China Jon Huntsman, the conversation was anything but a frank discussion on the current difficulties in U.S.-China relations.  Instead, the evening had the stale air of political-speak and left one wondering, who exactly was the audience for this event?  But although Ambassador Huntsman’s comments were largely staged, a few key highlights emerged.

Interestingly, the audience was not the American public.  From Ambassador Huntsman’s answers, it appeared to be the Chinese leadership.  Many, if not most of his substantive comments responded to some of the Chinese leadership’s issues in U.S.-China relations, notably their fears on human rights and currency. Ambassador Huntsman began his comments by focusing on the importance of dialogue in the U.S.-China relation and the very real need of greater understanding of each other’s countries and their particularities.  It’s true that most Americans’ views of China are not the most informed and the culture is a bit of an enigma to many but, as the Ambassador pointed out, the same holds true for most Chinese on their views of American culture.

Ambassador Huntsman continued with his plea for greater understanding between the two nations by raising the issue of human rights.  According to Ambassador Huntsman, the Chinese need to understand that human rights is an important issue to Americans; it is a part of who we are, and that is why we always raise it in bi-lateral discussions.  This is certainly the conciliatory route to take in addressing the very prickly issue of human rights in China and it appears to be the strategy purposefully chosen by the Obama Administration.  President Obama took this approach in his Shanghai Town Hall address last November and the same rhetoric emerged after the U.S.-China Human Rights Dialogue this past spring.

But one wonders – is this effective?  Or by claiming that human rights is a part 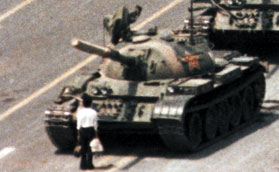 of our – e.g. the American or the Western culture – does this rhetoric cheapen the call for universal human rights?  If human rights is universal, then why must we couch the call for it in cultural terms?  And why is there never a reminder from the Obama Administration about China’s commitment, both on the government and individual levels, to human rights?  China has signed various international human rights treaties and many of her people clamor for greater human rights.  Back in June 1989, many died for it.

For now at least, this cultural contexting of human rights appears to be the strategy in dealing with the call for greater human rights in China.  So don’t expect to see any developments on this front with the current Administration; instead, expect human rights to painted as a peculiar particularity of the American culture; something the Chinese will just have to understand about us, sort of like how we like baseball while the rest of the world is crazy for soccer.

But on a more positive note, Ambassador Huntsman used the China Town Hall to signal to the Chinese leadership that it needs to do something about its currency, and quickly.  Although initially complementing the Chinese leadership on allowing the currency to float, Ambassador Huntsman continuously stressed the need for China to allow it to float more rapidly, heavily implying that retaliation from any angry Senate would be sure to follow.  While the Treasury Department has again delayed its report that determines which country is a currency manipulator, the Ambassador’s veiled comments seemed to hint that the U.S. government might be getting closer to taking action on currency.

Ambassador Huntsman shone though on the final question of the night from an audience member in China (likely at the American Chamber of Commerce which was the only organization hosting a webcast within China) about China as a hot-button campaign issue.  Instead of referring to some of the recent campaign ads as mere “anti-China rhetoric,” Ambassador Huntsman noted 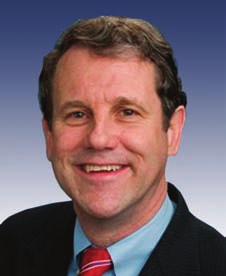 that many of the issues raised recently during the election cycle are important issues and should be addressed.  Interestingly, the New York Times ran two op-eds on Monday intelligently discussing the issues (Paul Krugman and Sherrod Brown); each noting that what is good for American business interests in China is not necessarily what’s good for America.  But Ambassador Huntsman did note that the danger is relegating China issues to a 15 second ad and hoped that once people are elected, that Congress should have a deeper conversation about China.  Evidently Ambassador Huntsman has been out of the country too long; Congress, on both sides of the aisle, 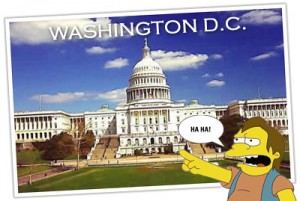 appears incapable to discuss any issues deeply, if at all.  And it doesn’t appear that the U.S. government – including Congressmembers and Senators – ever have an interest in hiring staff that actually knows anything about China.  While Ambassador Huntsman is right that these issues do need to be discussed intelligently and sincerely, good luck with resting your hope with Congress.

Although the message from the China Town Hall was less than frank, it was still good that the National Committee on U.S.-China Relations sponsored this event – it provides insight into the U.S.’ relationship with China.  Additionally, the sponsoring educational institutions each hosted a talk, either before or after the Ambassador, discussing more recent developments in China.  At Seton Hall School of Law’s China Town Hall, organized by Prof. Margaret K. Lewis, Prof. Carl Minzner gave the keynote speech.  An expert on legal and political reform in China, Prof. Minzner spoke much more frankly about China’s future course, especially as it pertains to greater rights protection of its citizens.  Prof. Minzner’s speech will be analyzed in a future blog post.  Stay tuned!