When Zhuang Liehong arrived in America he anticipated a country that would open its arms to him and celebrate his arrival.  Only years before – in 2011 – Zhuang, then 28 years old, had been the darling of many a Western newspaper as he led the mass protests in his village of Wukan.  It was Zhuang who started the Wukan revolt, waking up fellow villagers to the illegal appropriation of local land with little to no compensation.  And it was these protests that would necessitate Zhuang’s exodus from China to the United States.

But as Lauren Hilgers portrays in her powerful, thought-provoking new book, Patriot Number One: American Dreams in Chinatown, America was anything but welcoming.  Instead, Zhuang, and his wife Little Yan, find themselves friendless, jobless and directionless in New York; their infant son left in Wukan with Zhuang’s parents.  The few contacts Zhuang has in New York don’t have the advice he needs to survive as an undocumented immigrant in Flushing, Queens.  As Hilgers recounts, Zhuang came to America believing that applying for asylum could easily be done with a simple application and some newspaper clips about his advocacy.  But Zhuang quickly learns that America’s immigration system is a bureaucratic nightmare; that this proud man whose name once was splashed on the pages of the New York Times, is nothing more than a number in America’s soul crushing asylum process.  It is Hilgers’ deft writing and keen observations that allow the reader to feel with Zhuang.  Yes, at times, he is arrogant, thinking that because of who he is, he will go to the front of the line.  But at the same time, the reader feels the disappointment that Zhuang must have felt when reality set in.

Hilgers goes back and forth between Zhuang’s old life in China – recounting the injustices that the Wukan villagers suffered as a result of their standing up to the government – and his new life in Flushing, effectively interweaving the two stories into one narrative.  But it is the second part of this narrative – the immigrant life – that currently resonates the most given the Trump Administration’s zero tolerance policy toward migrants fleeing violence in El Salvador, Nicaragua and Honduras. 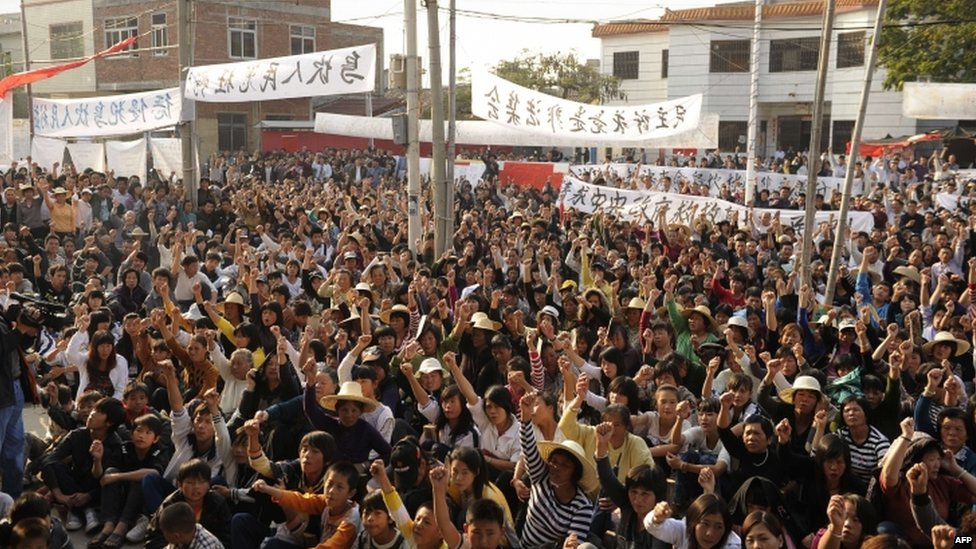 Hilgers doesn’t shy away from the fact that for Chinese immigrants, it is in many ways easier to obtain asylum than those currently coming from Central America.  U.S. immigration policy makes a distinction between state-sponsored violence and violence perpetrated by private actors, preferring the former.  For the Chinese, showing state-sponsored violence – the one child policy, discrimination against Christians, assault of human rights activists – is pretty easy in a one-party, Communist dictatorship.  In fact, as Hilgers documents, an asylum industry of sorts has emerged in Flushing: churches willing to give out attendance certificates to its members; Chinese immigrants who, unlike Zhuang, have never thought about democracy attend the weekly protests of the Chinese Democracy Party; and asylum lawyers that abound in Flushing, willing to tell their clients the “tricks” to get asylum, even after a 2012 raid by the U.S. Attorney for the Southern District of New York.

But for the families coming from Central America, trying to obtain asylum is not as easy since the violence they are fleeing is perpetrated by criminal gangs, in other words, private actors. Even though these countries have weak governments, where crime is rarely prosecuted, that is not enough to show state-sponsored violence.  And in addition to Trump’s current zero tolerance policy, a policy that initially ripped children from their parents, and Jeff Sessions’ rescission of domestic violence and gang violence as a basis for asylum, Trump has also revoked the temporary protected status designation for El Salvadorian immigrants, a status that allows undocumented immigrants to remain in the United States.  By September 2019, 350,000 immigrants will be deported backed to El Salvador, one of the world’s most violent nations.  Somehow, under U.S. immigration policy, unspeakable acts of violence on little Latino children isn’t a grave enough atrocity. Hilgers doesn’t discuss this issue in her current book, but it is something that many readers might be thinking about given Zhuang struggles and the current struggles of the migrants desperately trying to find a safe place for their children. And, as Hilgers recounts in her analysis of the Chinese Exclusion Act of 1882, even with a complete ban, Chinese immigrants found a way to get into the United States.  As long as circumstances in the home country remain dire, people will continue to flee to a better place.  And that place has long been America.

Through Zhuang’s story and many of the other engaging characters Hilgers writes about – Little Yan, Karen, Tang Yuanjun – we get to see the insular, and lonely world, that is immigrant life in Flushing.  At times it is heartbreakingly sad and at times, down right funny.  But through it all, Hilgers brilliance as a writer shines through; every character she writes about, she completely humanizes.  These are not immigrants from a foreign country with a different culture; these are human beings that, like each of us, suffer life’s disappointments and, like each of us, find joy in life’s small accomplishments.  Given the times, it is important to be reminded of that and Patriot Number One is a must read.