Last week, a local court in Henan, China held that the involuntary commitment of a gay man in a state-run mental hospital was a violation of China’s Mental Health Law.[1]  The court required the hospital to make a public apology and to compensate the man 5,000 yuan (approximately $735)  for his mental anguish.  Across China, and in much of the West, civil rights groups have hailed this decision as historic; a victory against forced gay conversion therapy; a step forward for LGBT rights in China.

But is it?  The very fact that the court decided to hear the case – let alone find in the victim’s favor – is significant.  In China, to get to a trial date, you have to first make it past the Case Filing Division (立案庭), a department within the court system, staffed by judges, that examines, behind closed doors, the papers to see if the case should move forward. More politically-charged cases are often rejected by the Case Filing Division and thus, never make it to court.  But here, this case – a politically-charged case where the plaintiff claimed that he was involuntarily committed because of a diagnosis of “sexual orientation disorder” –  was accepted by the local Case Filing Division and thus, was considered important enough to be heard.  And the fact that a court held against a government-run hospital is a pretty big deal. 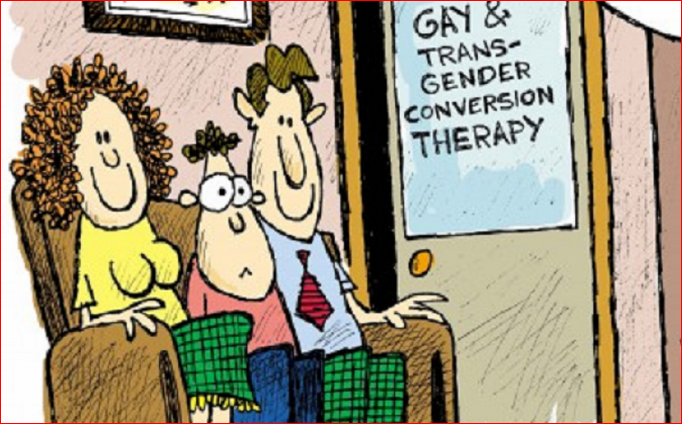 But the Court’s decision is not the sweeping condemnation of forced gay conversion therapy that the headlines make it out to be.  If anything, it shows the weakness of China’s Mental Health Law and the fact that involuntary commitment is still too easy a task with little to no immediate safe guards.

The Court’s Decision Does Not Mention Gay Conversion Therapy

Instead, the Court focused on Article 30 of China’s Mental Health Law, the provision that limits involuntary commitment to cases where the patient is in danger of harming himself or harming others.  Here, the Court noted the hospital’s written diagnosis which stated that while the plaintiff had suicidal thoughts, he was not going to act on those thoughts.  It was this act – the commitment of the plaintiff when he was not a threat to himself or others and in clear violation of Article 30 – that the Court admonished, not that the plaintiff was forced to undergo a mental health treatment to “cure” his homosexuality.

Under the Mental Health Law, Involuntary Commitment is Still Too Easy & Will Continue to Unlawfully Occur

Here, after the plaintiff attempted to divorce his wife, she and the plaintiff’s brother brought him to the mental hospital and recommended commitment, as they unfortunately have a right to do under Article 28. As family members, they were immediately declared the plaintiff’s guardians and thus were able to sign the involuntary commitment documents.

And that is the other problem with the current Mental Health Law, the ease by which a guardian is appointed. While the Mental Health Law gives a tremendous amount of power to an individual’s guardian, it provides no method for how that guardian should be appointed.  Instead, it is necessary to look to the General Principles of Civil Law which discusses guardianship for individuals with mental illness.

Unfortunately, the General Principles does little to flesh out the appointment process.  Instead, it makes clear the level of abuse that can occur.   Article 13 of the General Principles requires the appointment of an agent ad litem (a guardian) for mentally ill individuals who are “unable to account for his own conduct.”  But the law does not flesh out what “account for his own conduct means.”  Some individuals with mental illness may still be able to lead a relatively normal life and just need help in certain aspects.  But the General Principles is much more black and white; much more all-or-nothing and do not allow for that gray area that provides for some independence for an individual with slight assistance from a guardian.

Additionally, the General Principles provides no formal or independent process by which a guardian is appointed.  Basically, if a person wants to be a family member’s guardian, she can just declare herself as such (Article 17 of the General Principles pretty much limits guardians to family members although there is a provision for a work unit member).  Based on the General Principles and what happened in the case here, the process for guardianship in China is not an appointment process but rather a declaration one.  And there is no court oversight of this declaration of guardianship. Hence the ability of a soon-to-be ex-wife to declare herself guardian and commitment her gay husband to mental institution in a society that isn’t always the friendliest to LGBT lifestyles.

Finally, although the Mental Health Law does permit the patient to contest his diagnosis and demand a second opinion (see Article 32), that evidently did not happen here.  The Court did note that the commitment was over plaintiff’s objections, but there is not mention if there was a second opinion of his diagnosis as should have happened when the patient contests.  And again, without immediate judicial oversight of the commitment process, an increasingly massive failure of the Mental Health Law, abuse of involuntary commitment will continue.  Here, the plaintiff was only able to escape  after he was able to call a friend who called the police and then the police intervened and freed the plaintiff.  But if he wasn’t able to make that phone call, it is unclear when he would have been released.

What this case shows more than anything is that involuntarily committing – especially a family member – is still too easy and, five years after the passage of the Mental Health Law, is still being to readily abused.

[1] China Law & Policy was fortunate to review a copy of the four-page decision.  This post is based upon our review of that decision.