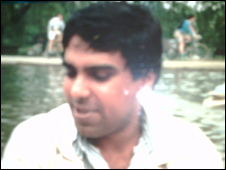 The Guardian has just reported that Akmal Shaikh‘s death sentence has been upheld by the Supreme People’s Court, China’s highest court.  An execution date has been set for December 29.  Execution will be by either lethal injection or firing squad.  All of Mr. Shaikh’s legal options have been exhausted and the only remedy left to save this arguably mentally ill man from execution is clemency fromChinese government.

As reported by the Guardian, the British government will be stepping up pressure on the Chinese government to grant clemency.  But given that  in politically sensitive cases  the Chinese legal system merely does the bidding of the Chinese leadership, clemency from a political official is highly unlikely.

While many Chinese officials have claimed that the courts having been following a “rule of law” in deciding this case, they have been using a fairly selective interpretation, only looking to the fact that the importation of drugs into China is a death-eligible offense.  But the issue in Mr. Shaikh’s case is that the Chinese courts have never allowed for a professional determination of Mr. Shaikh’s mental status.  The Chinese criminal law itself protects the mentally ill.  An insanity defense is permitted under Chinese law.  Furthermore, if a defendant’s mental illness does not rise to the level of an insanity defense, the courts are permitted to take into account the defendant’s mental illness during sentencing and are allowed to depart from the statutory requirements.

Although the Chinese law affords these protections, the Chinese courts have consistently refused to adopt procedures that would allow for a defendant to be professionally evaluated.  If Mr. Shaikh is executed, he will be the third  arguably mentally ill individual in the past three years that the Chinese criminal justice system has put to death (and those are the three that the Western media knows of; there are likely more).  What could have been an opportunity for the Chinese criminal justice system to face the fact that there  are no real procedures in place to protect the mentally ill, it has instead squandered.

Mr. Shaikh’s case has made headlines in the U.K.  But in the rest of the world, very little attention has been paid.  Other 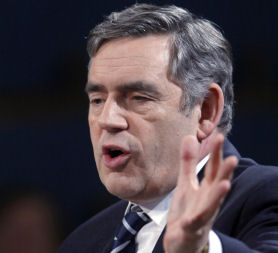 Gordon Brown standing alone? Where's the rest of the world?

nations should wake up.  This case, and the world’s reaction to it, will set a precedent.  Every year, China receives more and more foreign visitors, as tourists, business executives or students.  Last month, in his speech at the Shanghai townhall, President Obama announced his goal of sending 100,000 U.S. students to China.  Given these facts, there is increasing likelihood that more foreigners will interact with the Chinese criminal justice system, a system that based on Mr. Shaikh’s case is a far cry China’s own criminal laws let alone actual justice.

The U.K. should not stand alone on this issue; other nations should also be commenting on China’s inability to follow its own laws.  In the past, the Chinese courts have executed arguably mentally ill Chinese citizens (see the case of Yang Jia and the case of Qiu Xinghua) and now the courts will execute an allegedly mentally ill British citizen.  Who will be next?

Followers of China Law & Policy will remember the October story of Akmal Shaikh, a mentally ill British man convicted of drug smuggling and sentenced to death in China.  His case, which has garnered a lot of attention in his home country of Great Britain but little else where, demonstrates the difficulties that most criminal justice systems face when dealing with the mentally ill.  However, in China, because procedures have yet to be put in place to protect the mentally ill, the situation is particularly distressing.

Mr. Shaikh’s case is still in the hands of China’s Supreme People’s Court (SPC), China’s highest court.  As of today, the SPC still has not issued a decision.  In our piece from October, we called on the SPC to use this case as an opportunity to flesh out procedures to protect the mentally ill, protections that are normatively found in China’s current criminal law.

On Friday, the Global Time’s English edition published an interesting article stating that British Prime Minister Gordon Brown contacted Premier Wen Jiabao requesting that “mental health considerations” be properly considered in dealing with Mr. Shaikh’s case.  The Global Times did not have to publish this two-paragraph story.  Does the fact that it did mean that it will permit Mr. Shaikh to finally undergo a psychological exam and give its courts a face-saving way to repeal Mr. Shaikh’s death sentence?  Time will tell.  We will keep you informed if any new information about Mr. Shaikh’s case becomes public.