China, Iran & Sanctions: What’s a Rising Power to Do? 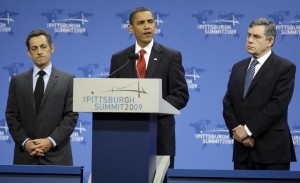 China remained noticeably mum on Friday as other member nations of the U.N. Security Council stood before the world and accused Iran of developing a secret nuclear enrichment site.  Flanked by Prime Minister Gordon Brown of the U.K. and President Nicolas Sarkozy of France, President Obama promised to take strong action against Iran if the country did not fully disclose its nuclear ambitions and open all sites to international inspectors.   Such strong action would include crippling sanctions on all trade to and from Iran.  Even Russia appeared willing to consider sanctions if Iran failed to cooperate, breaking with Russia’s long opposition to such action.

China, on the other hand, prefers a different route.  Stressing the need for diplomacy and negotiations, China announced that “sanctions and pressure should not be an option” in dealing with Iran.  Although not completely ruling out sanctions, China desperately hopes that the upcoming talks with Iran scheduled to begin this Thursday satisfy the U.S. and obviate the need for sanctions.

Why is China so hesitant to support sanctions against a country that is secretly developing nuclear capabilities?  History, geo-politics and economic ties are what set China apart from its Security Council brethren in dealing with Iran.  But China’s growth as a world power has caused it to become a stakeholder in the current system.  With this new-found power, China has begun to realize its actions, or lack of action, does in fact shape the world’s future course and as a result, its own global prospects.

China has long been an outsider to the western world order.  Even after mainland China’s return to the U.N. Security Council in 1971, China was still largely considered a pariah state, a Communist country with severe human rights violations.  China’s violent crackdown on the 1989 Tiananmen protests rolled back any international good will it was amassing and subjected China to crippling economic sanctions.  It has only been in the past few years that China has become a significant voice in the international arena and respected by Western powers.

But for China, its past is far from forgotten.  While it has significantly benefited from the current world order, China understands that other countries, either rightly or wrongly, are marginalized because of alleged human rights violations or nuclear development.  As a result, China has developed a philosophy of “non-interference” in other country’s domestic affairs and has largely stuck to that attitude in dealing with countries that the U.N. or the U.S. might consider rogue.  This is not to say that China condones such behavior; in fact China has been an ardent supporter of various global nuclear non-proliferation efforts and supported sanctions against North Korea for its nuclear development.  However, with its sense of history, China will be slow to agree to sanctions against Iran, even if sanctions are in its long-term self-interest. 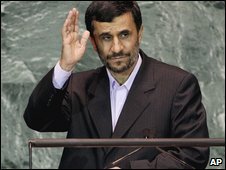 Iran plays an important role in China’s aspiration to become a regional power.  With its rise, China has sought to create political alliances and economic ties with other countries in Asia and reduce the influence of the U.S. in the region.  One such effort is the Shanghai Cooperation Organization (SCO).  China leads the organization which has created greater economic interdependence among Russia, China and the Central Asian states.  Iran, although not a member, currently holds observer status.  China, along with Russia, has used the SCO to reduce the U.S. military presence in Central Asia when in July 2005, its members signed an agreement to push the U.S. to set a deadline for troop withdrawal from the region (Library of Congress Report, p. 68).

The SCO is beginning to function as a multilateral alliance system allowing China to exert its influence in a region where western powers are largely absent.  To move too quickly in calling for sanctions against Iran, a country within the SCO’s domain, China could jeopardize its current leadership role in the region.

China’s strongest reason to oppose sanctions against Iran lies with its current economic ties to the country.    In 2008, 12% of China’s crude oil imports were from Iran; the first five months of 2009 have seen an increase and China is on target to import 15% from Iran (Energy Information Administration Country Analysis Brief) .  Furthermore, Chinese oil companies have invested heavily in Iranian oil fields.  In December 2007, China’s Sinopec signed a $2 bn contract with Iran to develop the Yadavaran oil fields; in January 2009, CNPC, China’s largest oil and gas company signed a $1.7bn oil contract to develop the Azadegan oil fields.  Although these investments are large, many question whether the Chinese companies have in fact moved forward with developing these fields.  In the past, Chinese oil companies have signed deals with countries but have waited, even as much as ten years, for geopolitical issues to settle (According to the Brookings Institute, CNPC signed a contract with Iraq in 1997 but did not begin to the develop the oil fields until 2008, after threats of sanctions were over).

Similarly, China has looked to Iran for its large quantities of natural gas.  In March 2009, the L.A. Times reported that Iran and China signed a $3.2 bn deal for natural gas development. But like the oil contracts, it is unclear if China intends to follow through with this agreement given the current politically-sensitive climate.

More real though is Chinese oil companies’ sale of gasoline to Iran.  Although Iran has the second largest crude oil reserves in the world, it has little capacity to refine that oil and make it into usable gasoline.  In fact, Iran imports 40% of its gasoline, mostly from European countries but also from China.  Because of China’s increasing economic ties with Iran, sanctions that impact all trade with Iran could be particularly damaging to China.

On Sunday, it seemed as though everyone on the political talk shows called for China to join the U.S., France, Britain and Russia in condemning Iran and agreeing to join sanctions if need be.  But China has not wavered on its stance of trying diplomacy first.  At the same time, it has also not stated that it will oppose sanctions if the October 1 talks fail. 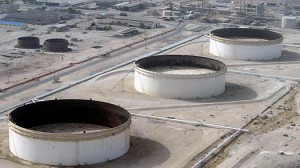 And while political pundits, the media and elected officials in the West are currently criticizing China for not throwing its weight behind sanctions, it is China’s current silence on the issue that gives the October 1 talks the best chance of success.  Without China’s commitment for or against sanctions, Iran is left guessing what its trading partner will do, and could acquiesce to U.S. demands to show blueprints of the new nuclear site and open its country to inspectors.

But if the October 1 talks fail, expect China to agree to sanctions, but likely not the ones that will be proposed by the U.S., France and Britain.  In December 2006 and March 2007, in response to Iran’s nuclear development, the U.N. Security Council unanimously agreed to sanctions.  However, through China and Russia’s insistence, these sanctions were substantially watered down and merely limited the sale of nuclear equipment and technologies to Iran and froze the assets of key individuals involved in Iran’s nuclear development.

The Obama Administration has already realized that a total embargo on gasoline shipments is not in the cards.  Not only would Chinese companies be negatively impacted, but so would European oil companies that sell gasoline to Iran.  Many E.U. countries have already come out against a total embargo.

But other measures, such as eliminating investments in Iran, might have more traction with China and could be something it agrees to in this round of sanctions.  China has a lot to lose if Iran becomes a nuclear power or appears to be a nuclear power.  First, while 12% of China’s crude oil imports are from Iran, 20% are from Saudi Arabia, a country that has already reprimanded Iran for its nuclear aspirations.  Will China jeopardize that relationship by opposing sanctions?

Second, Israel’s response to an unchecked Iran could potentially lead to such instability in the region cutting off not only oil from the Middle East, but also key shipping lanes for China’s oil imports from other countries.  China cannot afford to be cut off from any oil shipments since currently it only has 25 days worth of oil reserves.

Third, a nuclear Iran threatens the Central Asian strategic alliances that China has worked hard to create through the SCO.  Arguably, the other Central Asian countries might begin to take their cues from Iran, dissipating China’s leadership role in the region.

Fourth, it remains unclear if China’s investments in Iranian gas and oil fields actually exist.  If not, then China could easily agree to stop its investments in Iran.  Even if China has already begun to develop these oil and gas fields, it is only at the start of these investments and under its contracts with Iran, China does not receive a return on the investment until development is completed.  Any of China’s current contracts have a long way to go before completion.

Finally, China does want to become a responsible world player.  It has actively sought membership in various international organizations and largely abides by their rules.  Last year, during the North Korean missile crisis, China was on board in issuing a harsh reprimand of Kim Jung-Il’s actions.

If the situation with Iran further disintegrates and sanctions become necessary, the Obama Administration should push China to agree to sanctions that include a cut-off of investments in Iran.  China might hesitate at first, but for the reasons stated above, they could agree to such measures.  Getting China to stop importing crude from Iran could prove harder.  Although interestingly enough, Iran’s largest importer of its crude is Japan, a strong U.S. ally, and Japan might actually be the strongest opponent of such measures.  Including an embargo on sales of gasoline to Iran would be impossible.  But asking China to join sanctions that limit investment in the region, is doable.