Just For Fun: Dunhuang Caves – Who Owns This Art? 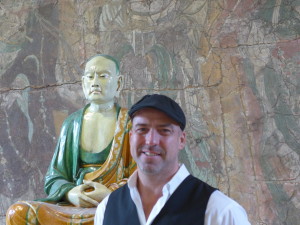 Today, the Mogao caves are are UN World Heritage Site.  But for a few hundred years the caves fell into oblivion.  Few knew of their existence and none visited.  It was not until the turn of the twentieth century that the caves were “re-discovered” by a Taoist abbot named Wang Yuanlu.  Quickly word of his discovery reached some of the Western archaeologist-explorers traveling through Central Asia. Understanding the significance of this art, many of these Western explorers descended on Dunhuang to see this all for themselves.

As a result, many of the greatest pieces of Dunhuang art are in various museums in the West.  Was this art taken legally?  Do the Chinese want it back?

Dunhuang expert, Dr. Neil Schmid answers these questions and more in Part 2 of his interview with China Law & Policy.  If you would like to hear Dr. Schmid speak live, join him next week as he speaks on these issues on September 23 at 7:30 PM at the Courtyard Institute in Beijing.

Read the transcript below of Part 2 of this two-part interview or click on the media player below to listen:

To read or listen to Part 1 of this two-part interview series with Dr. Scmid, click here. 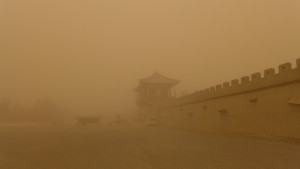 EL: Just to move away from the art to the political. I know when I visited the Mogao caves, it appears that for foreigners visiting the caves, part of the tour is a stop in a separate building documenting the Western countries’ purchasing and taking of the Mogao’s manuscripts and cave art at the turn of the 20th century. We know that in the case of the British, they purchased from the monk in charge of the caves at the time, the world’s oldest printed book, the Diamond Sutra. They had examples of an American explorer also purchasing some old Buddhist manuscripts, as well as physically lifting some of the cave art out of the caves. In that period, why were Westerns so interested in the Mogao caves and how did they even know about it to go out there?

NS: Great questions. So the first visitors were before 1900 and they were typically involved in exploration and survey. This has to do with what was called the Great Game, the machinations between the United Kingdom and Russia, the Russian Empire, to control Central Asia.[1] So it was through that process that Central Asia began to be known. While we have these military and quasi-military figures in Central Asia, the first sort of striking discovery was something called the Bower Manuscript. This manuscript was a shock because here in Central Asia we find a birch bark manuscript from the 4th to 6th Centuries in what’s called Hybrid Buddhist Sanskrit or Prakrit.

Before nobody ever thought that we would find these types of materials. What it means is that the Indian civilization in many ways reached into Central Asia. This got people very excited. Number one because these materials don’t exist in India for the most part because the climate is much too moist. 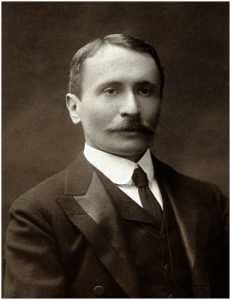 So what happens is after they discovered that manuscript you began to have so-called scholar-explorers, archaeologist, Sir Aurel Stein is a perfect example of that combination, come in and began to do surveys and archaeological surveys of Central Asia.[2]

It was during this period that they began to get word of this great Buddhist site and also a site with lots of manuscripts and that got them very, very excited.

EL: Based on the fact that the tours with Westerners in Dunhuang make it a point to recount this history of the Western explorers and the purchasing of many of the manuscripts, is China making any efforts to get these manuscripts back? Especially the Diamond Sutra.

NS: Not on a large basis. So what we have is a lot of scholars working together, e.g., Chinese scholars with British scholars or French scholars, on an increasingly large basis. Also museums and institutions working together. So what we find now is that on the scholarly end of things, a lot of these materials have been digitized by the International Dunhuang Project. It’s a remarkable project for the amount of material and it is based out of the British Library. They in the process, over the years, have gotten a number of other institutions on board – the Chinese, also the French, the Russians, the Germans – to begin to digitalize their materials, manuscripts and paintings. So this is one thing that has sort of lessened the desperation for return finds because scholars have access to the materials world-wide now. 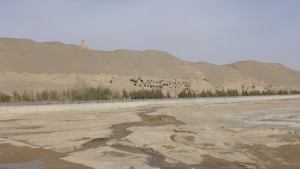 The Dunhuang Mogao Caves from Afar

Regarding so-called plunderer, Aurel Stein is often labeled that, but as you mentioned, he actually purchased the manuscripts. Of course that is controversial. Also there was Langdon Warner, who is from your alma mater [Harvard], and he is notorious for having used a technique which he felt was innovative. Basically to use tape – I am simplifying it – to put on the murals and rip them off. In the process some were damaged. He actually has a receipt for these. So Harvard’s response might be, for example, “Oh, we have a receipt, they were paid for, we bought them in good order.”

EL: So it’s all very legal.

NS: It’s all very legal, exactly. People might disagree with the methods and the authorities he spoke to actually purchase the materials. Of course, there is a lot of room for debate on this issue.

EL: I think in a talk you gave previously, you had mentioned that the Abbot [at the Mogao Caves] had tried to get the Qing Dynasty and the Emperor interested it. Could you just talk a little bit more about that?

NS: Yes. Wang Yuanlu was the person who was renovating the cave site in around the year 1900 when he discovered the cache of manuscripts. And it is a fantastic cache of manuscripts. He recognized that they were important, he wanted to get in touch with the authorities in order to know what to do with these manuscripts. And in fact the Qing Dynasty authorities weren’t that interested. Part of the slow response by the Chinese government at the time was that it was dominated by Confucian elites. They saw Buddhist materials as simply not that interesting. So this is one reason I believe that the process was slowed down for the Chinese government to recognize the value of this incredible find.

EL: Just to fast-forward a bit in time, when you go to the Mogao Caves you still see a tremendous amount of art 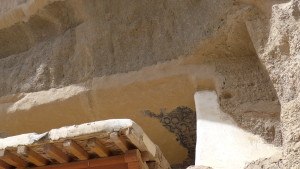 on the walls, you still see a tremendous amount of the carvings. How were these cave arts able to survive the Cultural Revolution as well as the campaign against the Four Olds that sought to destroy a lot of Buddhist art?

NS: Mogao and Dunhuang was fortunate because they had a powerful patron if you will, Zhou Enlai, Premier Zhou Enlai. He was hugely supportive of the renovation project, the project to stabilize the cliff face, to begin the catalogue process and also research in general. He specifically said that Mogao Caves were not to be damaged. And I have to put in a plug here also for the Dunhuang Research Academy and the people there, scholars there, who had been working on the materials for literally dozens of years at that point, they made a serious effort to talk to Red Guards, to discuss the value of the materials.

EL: And what about today, what’s being done to preserve the caves and will preservation be successful especially as more tourists come to Dunhuang? 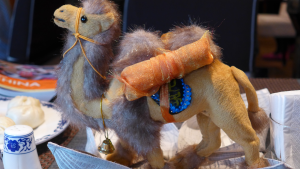 Camels on the Silk Road

NS: Part of the problem with the caves today is that moisture and also carbon dioxide is beginning to deteriorate the caves. There’s also ground water coming up because there’s a lot of irrigation to make pretty gardens, if you will, in front of the attraction. So that water is seeping up into the caves so that the lower level of caves, at the bottom of the murals, they’re beginning to completely deteriorate.

So what’s been done over the last three decades is that the Getty Conservation Institute has gotten involved – of the Getty Museum in L.A.. That’s since 1985. It’s been their longest running project of conservation, heritage conservation. They have been instrumental in working with the Dunhuang Research Academy and also the Chinese government in creating, number one an analysis, a very detailed analysis, of the materials involved in the construction of the caves, how they deteriorate, why they deteriorate and ways to prevent it. On top of that there’s also a digitalization project going on [and a major upcoming exhibit on Dunhuang caves May 2016 at the Getty Museum, Los Angeles]

Part of that, along with the visitors center that recently opened, is to provide tourists with an alternative experience. So through the digitalization or the immersive digitalization of the case themselves at the vistor’s center and then to decrease the number of visitors actually going into the caves. 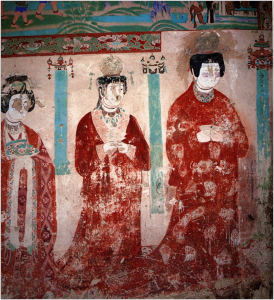 EL: The visitor’s center is very, very impressive and a lot of fun which leads me to think they’re hoping a lot more people come to visit it. For people who aren’t China people, China scholars, what do you think is the significance of these caves? Why should just regular Americans, when they take a trip to China, why should they go out to Dunhuang?

NS: The caves which span in their creation 1,000 years are the largest repository of Chinese art. Maintain and contain items and designs and styles, aesthetics, and also the very space itself that doesn’t exist anywhere else in China. So in terms of this kind of immersive experience, you can’t get better than Dunhuang to see how people experienced Buddhism in the Tang, for example, period. So that’s a major reason. Dunhuang itself and the Mogao caves, the site is stunning and gives you a sense of what the power of trade that unfolded over 1000 years on the silk roads or silk route if you will. The caves themselves have a cosmopolitanism. Dunhuang at that time we know from manuscripts was incredibly mixed and well-integrated. So there is a fascination with that as well.

EL: You can’t love them all. 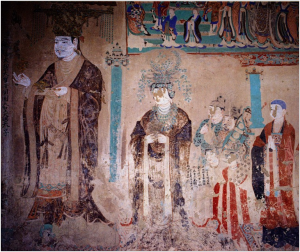 NS: In spite of its formulaic nature, there’s a cave, Cave 98, which is remarkable. It’s quite large; it’s a large family cave, it’s an elite’s cave. But what’s fascinating for me is it’s well preserved but it also lays out the political nature of the caves, the political nature of Buddhism also. You have large donor portraits of the King of Khotan and his relations to the Dunhuang elite. Its remarkable for that reason that here we have a sort of detailed outline of political alliances that were being constructed and set in a ritual space, which is a cave. This sort of liturgical moment that in some ways is frozen in time. That’s what these caves do, they maintain relationships both among people and also with the Buddha forever and forever. I find that fascinating and Cave 98 is particularly rich in the historical-political elements.

EL: Okay, well, thank you again Dr. Schmid for your enlightening explanation of the Mogao caves. Hopefully, more people will go there but not breathe on the caves. Thank you.

NS: Thank you very much

[2] Peter Hopkirk, Foreign Devils on the Silk Road: The Search for the Lost Cities and Treasures of Chinese Central Asia (Amherst: The University of Massachusetts Press, 1980)

A selection of Dr. Schmid’s publications and talks can be found by clicking here. Or join Dr. Schmid at the Courtyard Institute in Beijing on September 23, 2015 at 7:30 pm.

Hopkirk, Peter. Foreign Devils on the Silk Road: The Search for the Lost Cities and Treasures of Chinese Central Asia. Amherst: The University of Massachusetts Press, 1980.