Steve Wolfson on the Need for U.S.-China Cooperation to Battle Climate Change

The U.N. Climate Change Conference in Copenhagen is exactly two months away but has China and the U.S. made any headway in coming to terms with their differences on the climate change front?  In a new article published in the Tsinghua China Law Review,  senior attorney at the U.S. Environmental Protection Agency (EPA) Steve Wolfson offers a positive outlook on negotiations with recommendations on how the U.S. and China can move forward to reach a meaningful climate change agreement. 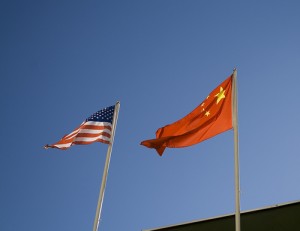 In “Gathering Momentum for U.S.-China Cooperation on Climate Change”  Wolfson reviews the issues that have plagued climate change negotiations between the U.S. and China and the progress that has been made:

While Wolfson’s article offers much hope for U.S.-China progress on the eve of Copenhagen, he concludes on a slightly somber note, remarking on China’s inability to implement many of its national laws on the local level.  This is a problem that permeates all of Chinese society: the the Sanlu milk powder scandal last year, the recent and wide-spread lead poisoning  of children in villages that boarder factories, the importation of toys laced with lead from China; school buildings that do not withstand an earthquake; these are all examples of a regulatory system that fails on the local level.

We at China Law & Policy have recommended in past posts and continue to recommend that U.S. policy makers seize the opportunity that Copenhagen offers to assist China with its legal development in the regulatory field.  Copenhagen should not just be about agreeing to targets; an agreement from Copenhagen should also include the U.S.’ commitment to provide resources on implementation and governance, knowledge exchanges between U.S. environmental regulators and Chinese environmental regulators, and an open-mindedness that it is going to take China some time to establish an effective regulatory scheme.  By assisting China with its regulatory development, the U.S. will not only make headways in establishing a greater sense of rule of law but could potentially benefit the lives of 1.3 billion people in a very real and tangible way.  Wolfson’s article reminds us of this.