Academic Misconduct in China – “What’s Law Got to do, Got to do with it?”

Lies, cheats and suicides.  It sounds like the plot of a daytime soap opera.  But unfortunately, it is the reality that is academia in China.  Chinese lawyer CAO Xinglong discusses the underbelly of faculty promotion in China and the abdication of the courts in enforcing the law in this area.  Without some sort of legal recourse, it is not just individual professors that are being hurt; as Mr. Cao argues, it is the integrity, reliability and prestige of the Chinese university system that will ultimately suffer the most.

Because of the sensitivity of the issues, names of universities and professors have been removed from this article.  However, China Law & Policy has confirmed the factual details of these incidents.  If you would like more information about the cases mentioned in the article below, please email Mr. Cao directly: xinglongcao@yahoo.com

At the end of 2008 and during the first half of 2009, allegations of scientific misconduct by a research group at a 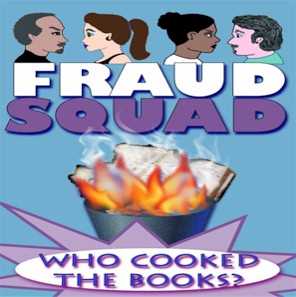 university in southern China and led by an “academician” of the Chinese Academy of Engineering, triggered broad discussion in China, a discussion that can still be traced on the Internet today, over a year later.  The University condemned one member of the research group, a male associate professor, accusing him of fabricating experimental data and forging the co-authors’ signatures.  A University official maintained that the associate professor’s actions should not be attributed to the University since the transgression was done while the man was postdoctoral researcher, before he was on the staff of the University as an associate professor.  Contrary to the University’s interpretation, public opinion maintained that the University was using this unlucky man as its scapegoat in order to conceal the pervasive academic misbehavior on its campus; the public seemed to think that the associate professor was compelled to produce enough Science Citation Index and Engineering Index articles (“SCI/EI articles”) to beat out other article-forging rivals for a faculty position and an academic title.

Then, in the second half of 2009, another academic event stirred up even more turbulence among the public.  A Ph.D. graduate from a renowned U.S. university joined the faculty of a Chinese university in June 2009 as a lecturer; on September 17, 2009 he committed suicide.  In his suicide note, he regretted his decision to join the University, viewing the decision as imprudent and overly-optimistic.  The man also criticized China’s academia as cruel, ruthless and cheating.  The University negated the charge that it had lured him to its campus by offering the academic title of associate professor and then broke their promise.  However, many of the man’s friends said that he told them he chose the job offer from the present university over a more prestigious one because the University promised to make him an associate professor; the other only promised an assistant professorship.  The University argued that no written evidence was offered to determine if this promise existed.  Instead the University stated that the man’s academic title was to be determined by the upcoming 2009 Academic Title Competition Procedure (held from September through December).  Instead of giving any credence to his criticism, the University claimed that the suicide had nothing to do with the academic setting and instead should be ascribed to something else.  However, public opinion was again against the University; numerous netizens regarded the suicide as evidence that there was an oral offer of an associate professor title and, given the time frame of the suicide, speculated that the man was probably told at the beginning of the competition (September) that he would not obtain the title of associate professor.  According to the netizens, it was his broken academic dream that led to his suicide.

Although disputes between scholars and their institutions are common in China, it is rare that that these disputes are handled by the legal system.  And when they are, the scholar usually receives no relief.  At an unnamed university in China, an assistant professor applied for an associate professor position through the University’s 2008 Academic Title Competition Procedure.[i] Through a series of letters, the assistant professor modestly advised the University that a certain statute allowed his overseas Ph.D. experiences to be substituted for other qualifications.  After he received no response to his letters and failed to be promoted to associate professor, he telephoned University administrators.  He was told that such complaints could not be considered.

In 2009, he tried again, but again the University’s Academic Title Competition Procedures appeared to be hostile to his efforts.  He failed to be promoted a second time.  However, this time he decided to contest the procedural defects and filed an appeal with one of China’s administrative governmental departments (the “ Department”) in accordance with the Teachers Law of China.  In the appeal, he alleged the following six procedural defects: (1) not weighing his overseas study achievements; (2) all of the referees were academic bureaucrats outside of his research topic; (3) some of the referees’ had close personal relationships with some of the other candidates and had animosity toward other candidates; (4) fabrication of some of the competition files; (5) twisting competition rules to favor or disfavor certain candidates; and (6) a lack of transparency due to closed-door and back-door hearings.  Under the Teachers Law, faculty at a State-affiliated, public university, such as the University in this situation, is permitted to appeal a decision to a government Department.  The Department is required to issue a ruling within 30 days (see Teachers Law, Art. 39).

The assistant professor made his appeal in December 2009.  Now, three months later and way past the 30-day time frame, neither the government Department nor the University has issued an official response; unofficially though, the Department and the University have pressured the professor to drop it.  As a result, he abandoned his appeal and the opportunity to bring the case into court.

But even if he did bring his case to court, prior precedent shows that he would have failed there as well.  In 2003, two professors at a different university in southern China, another State-affiliated university, sued the Department for its refusal to arbitrate their complaints of unfair treatment in their University’s Academic Title Competition.  The Court dismissed their action on the grounds that the Department should not interfere in a university’s internal affairs and tamper with its academic autonomy.  In other cases that question university promotion procedures, courts continuously refuse to extend jurisdiction for similar reasons. The courts’ reasoning of “internal affairs” and “academic autonomy,” undermines the purpose of the Teachers’ Law and leaves aggrieved faculty members with nowhere to go.

Although academic institutions might seem self-governed and that power dynamics among the academic elite remains an internal affair, the government does have authority to rein in these institutions.  For example, on October 29, 2009, one of the State’s administrative departments announced that it had established a special panel to punish its affiliate universities’ academic misconduct.  Soon after unfortunately, the department decided that it was not in fact obliged to take such action.

As a result, China has established a system by which academia largely polices itself, and the law plays little to no role.  And often an academic’s personal benefit dwarfs that which is right and honest. New Threads (http://www.xys.org/), a pivotal website exposing academic misconduct in China, amasses a great number of postings charging the misuse of academic power; power used for illegitimate benefit, such as money, honor, or even sex. 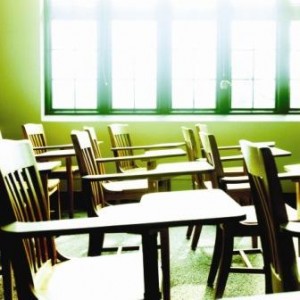 In my view, the perception of academic autonomy and freedom has been disproportionately distorted and unduly expanded in these situations. Academia should be under some rules, even if it impacts its autonomy.  The process and procedure of academic activities, including faculty promotion, should be governed by law, a law that requires honesty and fairness. Without some legal oversight, academics can easily “cook procedures” and produce whatever experimental results they want.  In addition, today, China’s quantity of SCI/EI articles is disproportionately large, causing many to raise a skeptical eyebrow and elicit the critique that China’s research is perhaps transitioning from quality to simple quantity.  For better quality in research and more reliable results, the priority for academia should be a rule of law.

[i] The facts of this case have never been published. Anyone who has questions my contact the author directly at: xinglongcao@yahoo.com
The author owes his gratitude to Attorney Elizabeth M. Lynch for her comprehensive and wonderful editing of the article.

The Lancet just recently published an article about academic fraud in China and the need to take action. You can link to the article here (free login required).

Also, for those who read Chinese, “Academic Criticism” contains many examples of academic misconduct.  Please click here to get to the site.

Thank you David Cowhig for bringing these links to our attention.