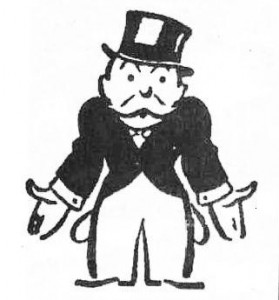 Getting caught for tax evasion

Taxes are a tricky business in any country, let alone China.  Tax codes are usually overly complicated and let’s face it, if you are making money, you can afford to hire accountants who think “creatively.”  American country singer Willie Nelson owed close to $32 million dollars in back taxes when the IRS declared one of the tax shelters his accountant was using to be in violation of the U.S. tax code (he later settled for $16 million, raising the majority of that money through the sale of his album entitled “The IRS Tapes: Who Will Buy My Memories?”); Leona Helmsey, the billionaire New York City hotel operator, served four years in prison for tax fraud (Helmsey allegedly enlightened her staff on a regular basis that “We don’t pay taxes.  Only the little people pay taxes.”); and Al Capone, mafia hitman, bootlegger and perhaps the most famous tax evader of all time, served his longest sentence, seven years, for tax evasion.

When Chinese artist and dissident Ai Weiwei was freed from police custody last Wednesday, the question was raised, most notably by Brian Lehrer in his interesting interview with Human Rights Watch’s Phelim Kine: “are you sure his detention was for being a critic of the government and not for evading taxes?”

Since his release, the Chinese government has vaguely issued more information about the investigation that landed Ai in criminal detention for the past two and a half months.  Although neither formally charged, arrested nor indicted, Chinese officials stated that Ai was held for “failure to pay a ‘huge amount’ of taxes and for willfully destroying financial documents.”  In particular, officials alleged that Ai’s company, Beijing Fake Cultural Development Ltd. failed to pay 5 million RMB (USD 770,000) and owed an additional 7.3 million RMB (USD 1.1 million) in penalties.

But the question remains, what is Ai’s individual liability for a corporation’s tax evasion?  Is he financially liable?  Can 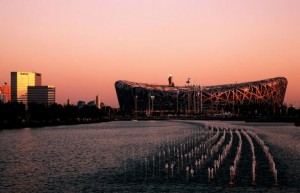 In 2008, Ai was a Chinese government darling, designing the acclaimed Birdsnest Stadium

he be criminally prosecuted?

The answer is….you betcha,  if it is determined that Ai had some form of “direct responsibility” over Beijing Fake Cultural Development Ltd.

Article 201 of China’s Criminal Law criminalizes tax evasion (Amendment VII to the Criminal Law Amends Article 201).  Like many laws in China, the actual law is not the end all and be all.  Because China is a civil law country, often the generalities of the national law are fleshed out in various agencies’ “interpretations.”  Here, Article 201, is further defined through the “Interpretation of the Supreme People’s Court on Some Issues concerning the Specific Application of Laws in the Trial of Criminal Cases for Tax Evasion and Refusal to Pay Tax” (“SPC Interpretation”).

The SPC Interpretation further defines tax evasion as: (a) forging, altering, concealing or destroying without authorization accounting books or supporting vouchers for the accounts; (b) overstating expenses or not stating or understating income in accounting books; (c) being notified by the tax authority to file tax returns but refusing to do so; (d) filing false tax returns; and(e) after paying the tax, fraudulently regaining the tax paid through the adoption of deceptive means such as fraudulently declaring the commodities it produces or operates as export goods.

But while Article 201 and the corresponding SPC Interpretation only uses the term “taxpayer,” Article 211 of the Criminal Law clarifies liability when the taxpayer is a corporation or business unit: “Units committing offenses under Articles 201, 203, 204, 207, 208, and 209 of this section shall be punished with fines, with personnel directly in charge and other directly responsible personnel being punished according to these articles, respectively.”

Thus if Ai Weiwei is determined to be a “personnel directly in charge” (直接负责的主管人员) of the Beijing Fake Cultural Development Ltd. he could potentially be criminally and economically liable.  Ai’s family has maintained that Ai cannot be on the hook because he is not the company’s “chief executive or legal representative.”  However, the Chinese for “personnel directly in charge” is not limited to just the chief executive or legal representative; rather it is anyone in the company with management responsibility (主管人员 is better translated as executive officer). 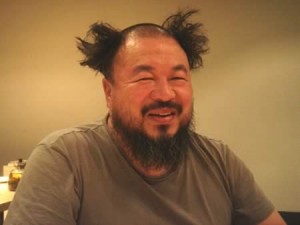 Furthermore, the second category “other directly responsible personnel”(其他直接责任人员) contemplates a much broader group of people that could potentially be anyone affiliated with the company that has some type of vaguely-defined “direct responsibility” over the company.

Potentially, there could be some validity to the alleged charges against Ai for Beijing Fake Cultural Development Ltd. if the company did in fact evade taxes.  The Chinese government has yet to offer any evidence of the company’s tax evasion.  The company’s attorneys have appealed the charges of tax evasion and have requested a hearing before the Beijing Tax Bureau.

But if there is tax evasion, Ai’s liability will ultimately be determined by defining what his precise role is within the company.  According to friends and family members, Beijing Fake Cultural Development Ltd. merely dabbled in small design projects; the company was not involved in selling Ai’s work.  In fact, according to Ai’s family, it is his wife who is registered as the company’s legal representative not Ai; Ai was a mere consultant.

And while the Chinese government could potentially have a legitimate claim against Ai for the company’s tax evasion, it’s illegal detention of Ai, the fact that there is still no official indictment, the fact that the government continues to hold incommunicado the company’s accountant, the one person who could explain the company’s actual tax filings, and that the government went after Ai instead of his wife, the legal representative of the Beijing Fake Cultural Development Ltd., makes one suspect that the potential charges against Ai are a legal long-shot.  Instead, political considerations – the need to silence one of Beijing’s most vocal and well-known critics – are the real reasons behind the prosecution of Ai.  Again, the rule of law in China takes a back seat to politics and Party supremacy.