恭喜发财！Enter Year of the Dragon! 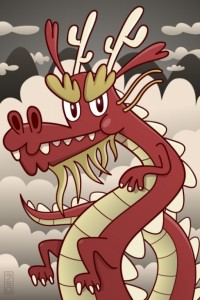 The metal rabbit did not disappoint in its tumultuous nature.  With the rabbit’s fixed element – wood – doing constant battle with 2011’s year-element, metal, the mid-east uprisings, the fall of governments, the Fukushima disaster, and the Occupy Wall Street movement should not have come as a surprise.

But come Monday, we say goodbye to the metal rabbit for another 60 years and welcome the water dragon.  For the first time in many years, the animal’s fixed element – here wood – is not in conflict with the year-element, water.  In fact, water nourishes wood, doubling the impact of any events set to occur in 2012 – both good and bad.

While the dragon is an auspicious sign, signifying power and fortune, it is also a volatile one.  As a result, 2012 will be a transformative year, with major and powerful shifts in the world.  At this stage it is unclear if these shifts will be good or bad, but with the water dragon, they will happen (although in the last year of the water dragon, 1952, nothing big really happened unless you consider the coronation of Queen Elizabeth a big deal).

How will you do this year?  Check out your personal horoscope here (note you may have to do a Bazi test to determine the strength of your birth year element.  You can do that here).

The only think that we perhaps know for certain is that birthrates will rise in Chinese countries.  Because of the auspicious 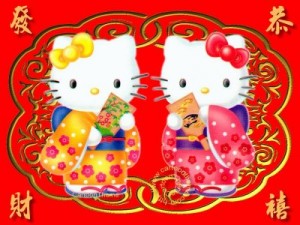 nature of the dragon and the fact that, given its celestial nature, it has long represented the emperor, many couples seek to have a baby born in the dragon year.  In China, when you only get one bite at the apple in having a baby, why not try to make it a dragon baby!

At any rate, have a happy, healthy and prosperous new year no matter your sign!

恭喜发财！What Will Year of the Rabbit Bring? 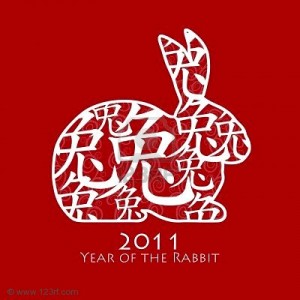 Tomorrow – February 3 – starts the beginning of a new year on the lunar calendar for most East Asian countries.  It is a time to celebrate with family and friends and wish in health, prosperity and good fortune for the new year.  To all of our Asian friends – happy new year!

For the Chinese, the new year also represent a new sign in the 12-animal zodiac.  2011 marks the end of the tumultuous year of the Tiger and ushers in Year of the Rabbit.  But while the rabbit might seem soft, cuddly and cute, the 2011 year of the rabbit will be anything but.

Navigating the intricacies of China’s astrology and fortune-telling makes knowledge of its 2,000-year-long history and non-transparent government look like a walk in the park.  But it is essential to the Chinese culture, even on the mainland where the Chinese Communist government sought to stamp out such things during the 1950s and 60s.  With “Reform and Opening” in 1980, Chinese traditional astrology came back with a vengeance; birth rates noticeably increase for auspicious years:  2000, year of the dragon, saw a spike in births and inspired this interesting academic article on the role the zodiac plays in Chinese fertility.  Heck, even the Beijing Olympics were planned in light of folklore traditions – August 8, 2008, highlighting the ever auspicious number “8.”  So much for the Chinese government’s attempt to eliminate the “Four Olds.”

While I’m no Mr. Wong (a friend’s dad who has tried many, many times to explain to me how the Chinese zodiac work and also makes the world’s best sesame noodles), I probably know a little bit more than the average General-Tsao-eating American.  So here goes my meager, amateur take on why this year of the Rabbit is so going to suck.

Every animal in the zodiac is associated with one of the Five Elements of Chinese cosmology – either fire, earth, metal, water or wood.  This is a permanent association and for the rabbit, its fixed element is wood.  But every year is also associated with an element as well; the year-element association is independent of the animal-element association (I know, this is very confusing).  So while most Westerns think that the Chinese zodiac is on a 12-year cycle, this in fact is not true – it’s on a 60-year cycle (5 elements times 12 animals).

2011 is a metal year.  This is where we come into trouble.  Metal and wood, the fixed element of the rabbit, just don’t 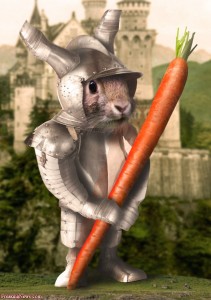 Beware of the Metal Rabbit!

get along.  Sort of like a game of rock, paper, scissors, each element has control over another; here metal controls wood with wood constantly rebelling against metal.  So you take a wood-based rabbit and stick it in a metal year and you have yourself a bit of a problem.  While the rabbit year would otherwise pass peacefully, with the metal element thrown in, don’t expect your troubles from 2010’s year of the tiger to end quite so quickly.  It will be calmer, but will still be filled with uncertainties and problems.

In the end, the future of the year will depend on your OWN birth sign.  So click here for a more detailed analysis of what 2011 holds in store for you.

In the meantime, to all of our friends who celebrate the new year – Gong Xi Fa Cai (pronounced gong see fa tsai), may the year of the Metal Rabbit bring wealth, health and luck, and may this year pass quickly for the calmer water dragon year of 2012!