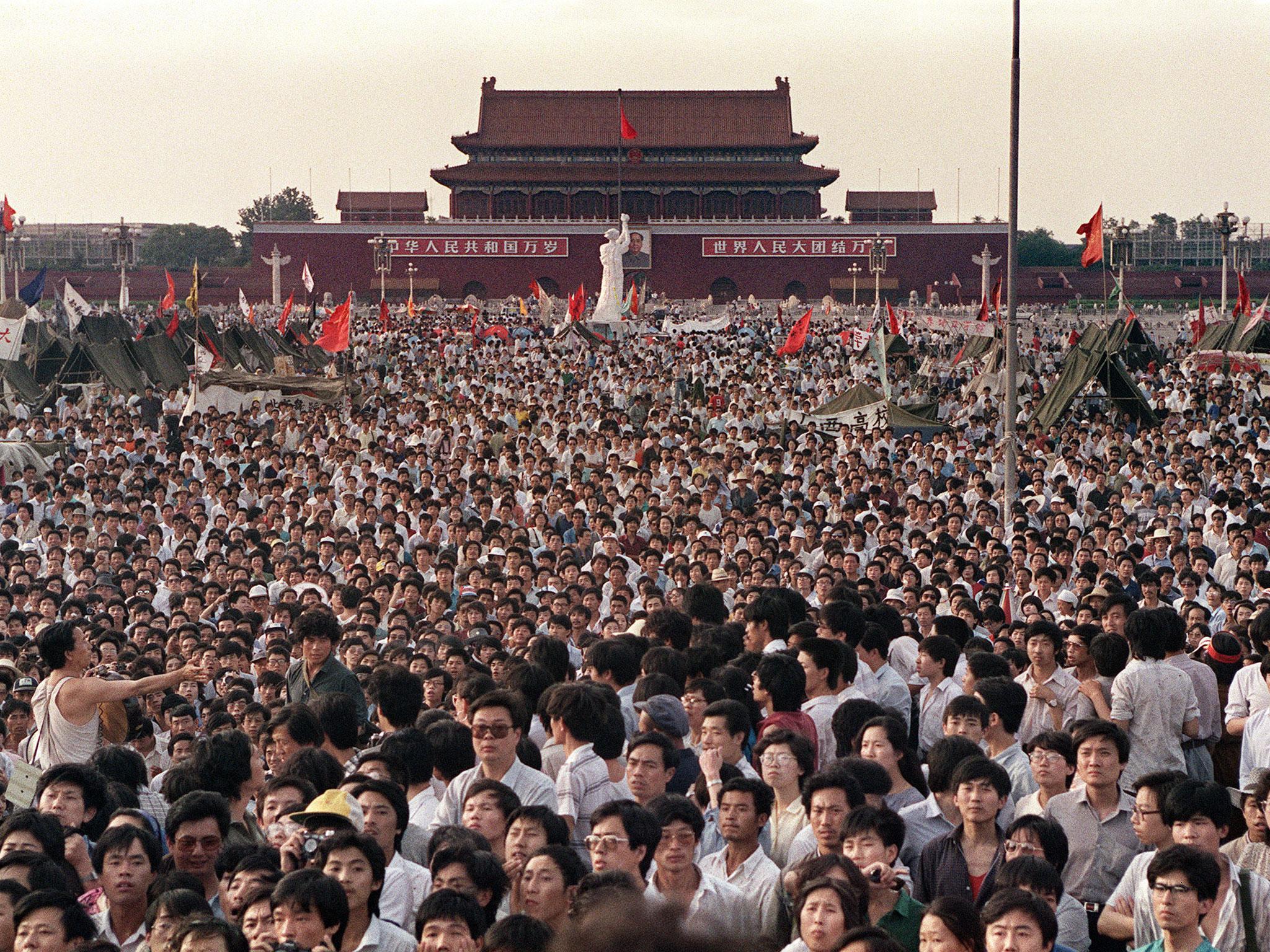 The Protests on Tiananmen Square, Spring 1989

Twenty-nine years ago today, on June 4, 1989, the Chinese government ordered the unprovoked and brutal assault by the People’s Liberation Army on tens of thousands of unarmed civilians surrounding Tiananmen Square.  The exact number of people killed the night of June 3, 1989 into the early morning hours of June 4 is only known to the perpetrators of the massacre: the Chinese Communist Party (“CCP”). But whether it was a few hundred or a few thousand does not diminish the fact that peaceful protests were squashed with such a violent – and unnecessary – crackdown.

In the immediate aftermath, other countries had to figure out how to respond to a government that would massacre its own people.  In the United States, that response came from President George H.W. Bush who granted asylum to Chinese dissidents and ordered a plethora of sanctions against China, including suspension of U.S. foreign aid, arm sales, high-level government exchanges, export licenses for certain products and the linking of Most Favored Nation status to human rights. (see Congressional Research Services, China: Economic Sanctions (Aug. 22, 2016), pp. 1-3)  In the months that followed, Congress codified many of those sanctions including the suspension of export licenses for crime control and detection equipment. (see Public Law (“P.L.”) 101-246, § 902(a)(4))  Congress’ reasons for codifying these sanctions: the random arrest and detention of those suspected of participating in the Tiananmen Square protests (P.L. 101-246, § 901(a)(3)-(4)), continued surveillance on activists (P.L. 101-246, § 901(a)(5)), blocking foreign journalists from covering the events (P.L. 101-246, § 901(a)(7)), and continued and unlawful repression of human rights activists and activities (P.L. 101-246, § 901(a)(8)).

But as time progressed and the events of June 4, 1989 became a distant memory, many of the U.S.’ Tiananmen Square sanctions were waived or rendered obsolete. (China: Economic Sanctions, p. 3)  But one sanction that still remains in effect today is the suspension of export licenses to any U.S. company seeking to sell any equipment or instruments related to crime control and detection. (Id., pp. 3, 8; see also Office of the Chief Counsel, Bureau of Industry and Security of the U.S. Dep’t of Commerce, Legal Authority: Export Administration Regulations (Jan. 4, 2017) (“BIS Legal Authority”), Part III.7 (p. 106)).  Although the President can terminate the sanctions, he can only do so if he issues a report to Congress that provides one of two reasons – either that the Chinese government no longer perpetuates human rights violations or it is in the best interest of the United States to terminate the sanctions.  It does not appear that a U.S. president has ever issued such a report in regards to crime control sales, leaving the Tiananmen Square sanctions against of such equipment by U.S. companies to China very much in effect. 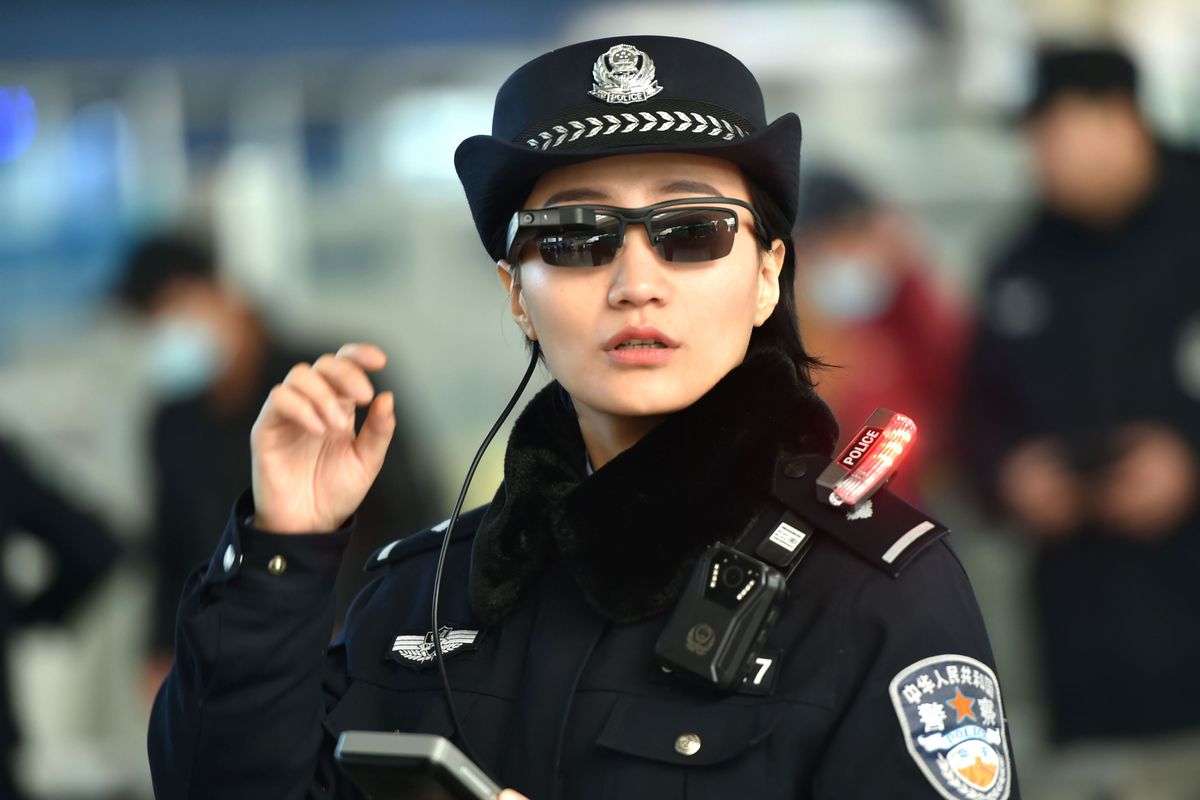 As China uses technology more and more to suppress any form of spontaneous dissent and to constantly surveil its citizenry, the Tiananmen Square sanctions against the sale of crime control equipment to China seem particularly prescient.  But, unfortunately, the sanctions have rarely been enforced and U.S. companies skirt the sanctions with impunity.  In 2011, Cisco sold over 500,000 cameras to the city of Chongqing specifically to watch its citizens. Every year, U.S. technology and security companies enthusiastically market their goods at the China International Exhibition on Police Equipment, an annual trade show sponsored by the Ministry of Public Security.

And now it turns out that U.S. companies are actively participating in what can only be termed the most profound police state in human history: the mass surveillance, detention and abuse of Uighurs, a Muslim ethnic group in China’s western province of Xinjiang.  Cameras on every street are equipped with facial recognition; Uighurs are constantly stopped by police to check their social media accounts on their phones; over 500,000 Uighurs have been forced into detention without any trial, under the guise of “Political Education Centers;” iris scans and blood tests, in order to collect DNA, are randomly performed on Uighurs; the Han Chinese in Xinjiang are exempt from these abuses.

Unfortunately, U.S. company Thermo Fisher Scientific is one of the entities selling DNA technology to the Chinese Ministry of Public Security and various Public Security bureaus across China, including those in Xinjiang, according to a Human Rights Watch report.  Last month, the Congressional-Executive Commission on China (“CECC”) issued a letter to Wilbur Ross, the Secretary of Commerce, calling on him to investigate Thermo Fisher’s sales to China’s public security organs in light of the export sanctions and to report what other export licenses are being granted in violation of the law.  It does not appear that Secretary Ross has responded to the CECC’s inquiry, and if the history of the enforcement of the Tiananmen Square sanctions is any guide, he will not. 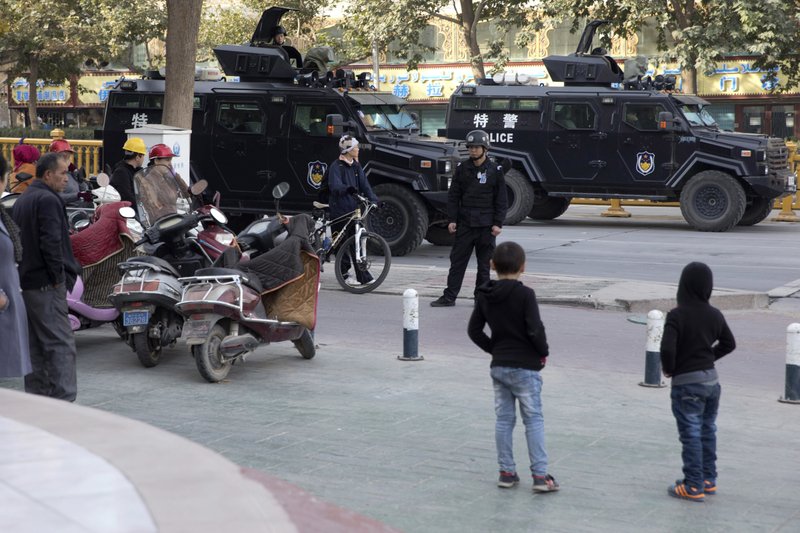 Many of the reasons for the passage of the Tiananmen Square sanctions almost 29 years ago – the repression of dissent, surveillance of peaceful protesters, the concealment of information, the violation of human rights – are very much alive and well in today’s China.  It is true that given China’s current status in the world, it will be much harder now to influence China’s domestic behavior than it was in 1989.  But that doesn’t mean that the United States should abandon its own laws, or the policies underlying those laws.  The government should not permit U.S companies to profit from the Chinese government’s creation of a Jim Crow society in Xinjiang.   To do so would be a disrespect to the many innocent lives lost 29 years ago today and to the valiant efforts of the U.S. government in the wake of the massacre to ensure that the U.S. does not play a role in human rights violations in China.