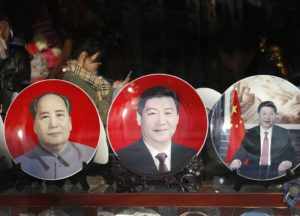 President Xi Jinping, trying to be more Mao than Mao?

In preparation of the three-day plenum set to start on Monday, the Central Committee of the Chinese Communist Party, the Party’s highest ranking body, announced today that it would propose the elimination of the term limit provision found in the Chinese Constitution.  While the proposal still has to be ratified by the National People’s Congress (NPC), which is set to convene on March 5, 2018, the Party-controlled NPC will likely rubberstamp the proposals that emerge from this week’s Party plenum.

Added to China’s 1982 Constitution, the term limit provision limits the president and vice-president to two, five-year terms.  It was put in place in response to the excesses of the Cultural Revolution and the one-man leadership of Mao Zedong, with its goal to ensure the peaceful transfer of power from one leader to another and eliminate the consolidation of power in one man.  But it’s repudiation all but guarantees that current President Xi Jinping will continue on as China’s leader well past 2023, when his second term was to end.  It also signifies that, with the rapid purging of rivals through his anti-corruption campaign, all power now resides with Xi.  Gone is China’s governing model of a collective Party approach, an approach where Xi would merely be the first among equals, an approach that has ruled China for the last 35 years.

The last time a U.S. President met a one-man-rule leader.

How will the United States confront this new challenge is anyone’s guess.  The United States, only formally recognizing the People’s Republic of China in 1979, has only engaged China with a collective leadership.  And as if on cue, last week, the Asia Society’s online magazine, ChinaFile, published a series of conversations from experts about how the U.S. should engage a rising China under Xi Jinping.  It’s a very timely piece and well worth the read, with many already acknowledging complete power in Xi.  And while Professor Jerome Cohen in his piece rightly points out that Xi will eventually pass from the scene and there will be a reaction to his harsh rule, much like there was when Mao died, expect that point to be much further away now that Xi will likely be able to rule indefinitely.