As the Sun Rises on Tiananmen 28 Years Later

On Sunday, the sun will rise once again on Tiananmen Square, much like it did on the same Sunday 28 years ago.  But unlike that Sunday – June 4, 1989 – Beijing will not awaken to its city occupied by the Chinese military nor the streets surrounding Tiananmen Square littered with the dead bodies of unarmed civilians.

Instead, life will go on in China with no official acknowledgement of the anniversary of that fateful day 28 years ago when the Chinese government ordered its military to open fire on its own people. The exact number of people killed the night of June 3, 1989 into the early morning hours of June 4 is only known to the perpetrators of the massacre: the Chinese Communist Party (“CCP”). But whether it was a few hundred or a few thousand does not diminish the fact that peaceful protests were squashed with such a violent – and unnecessary – crackdown. 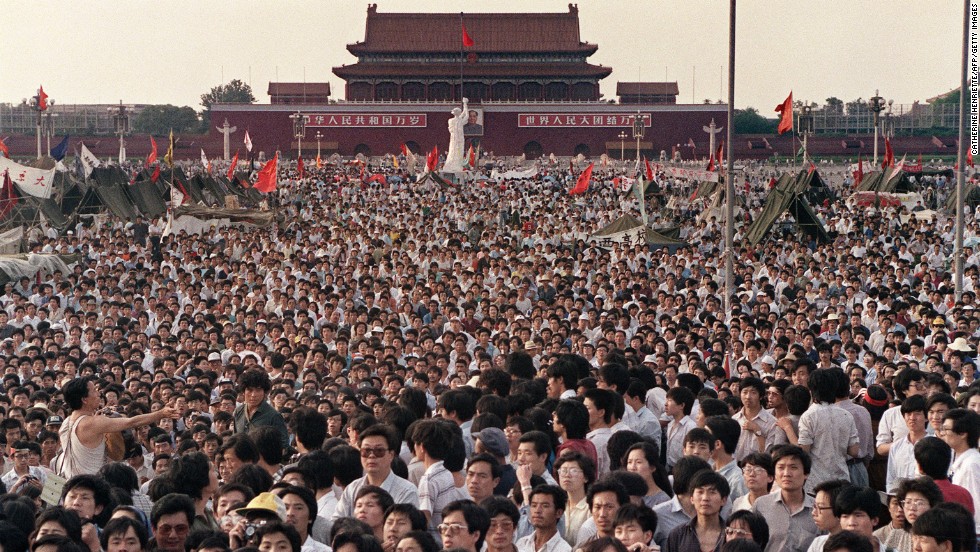 Contrary to the CCP’s interpretation of events, the protests in Beijing were not counter-revolutionary attempts to undermine the CCP. And contrary to the Western media’s perceptions at the time, it was not an effort to bring Western democracy to China.  Instead, the protests were deeply rooted in China’s own history and tradition, a tradition of students conducting patriotic demonstrations in an effort to strengthen their country.

In 1989, those efforts were directed at the nepotism and corruption that was beginning to plague the CCP, the economic turmoil brought on by inflation, the lack of personal freedoms and government censorship.  While students started the protests, eventually, much of the populace joined in, with workers going on strike to support the movement.  By mid-May, the protests would draw over a million people on a daily basis. Neither the May 19 declaration of martial law nor the pleading by sympathetic leaders for protesters to clear the square stopped the protests.  And on June 3, 1989, Deng Xiaoping gave the order for the army to fire on the civilians.

For a brief time after the crackdown, the CCP did acknowledge the event. Not to celebrate the brave men and women who gave their lives to better their country, but to condemn them. Slowly, however, the CCP’s policy changed and instead of trying to change the narrative of that night, the CCP chose to forget it.  Today, the Tiananmen massacre is largely scrubbed from the Chinese internet, it is not allowed to be discussed openly and many of the children born after 1989 do not know of the truth of that night. But every year, there are still those in China willing to risk their freedom to commemorate the violent crackdown on Tiananmen Square.  A few years ago it was Chinese netizens reposting the image of the Tank Man – the Chinese citizen stopping a line of tanks, a banned picture on the Chinese internet – standing in front of a line of large, yellow rubber ducks.  The picture spread on the Chinese internet until the Chinese authorities got wind, and censored “yellow rubber duck.”  This year, it is four men who produced a Chinese rice wine with a label that references “6*4”, a shorthand for the June 4 crackdown, and calls on people to “never forget.”  While the bottle has been smuggled out of China by a sympathetic Chinese official, those four men are currently facing charges of inciting subversion of state power.

As much as the CCP may try, China will not forget the brave men and women who lost their lives on June 4, 1989.  For there are still enough Chinese people who are willing to put their safety on the line to ensure that that does not happen.