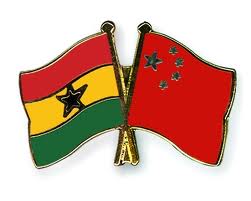 Every year, over 10,000 Chinese immigrants arrive in the oil- and gold-rich West African nation of Ghana, all with the aspiration to hit it rich. But what does such a huge wave of immigration followed up by the Chinese government’s low-cost loans and aid mean for Ghana? In Ghina (pronounced Gee-na), director Christine Choy attempts to answer that question by looking at the inter-personal relationships between a few Ghanaians and their Chinese bosses. But by focusing only on these select impressions and not examining the bigger macro issues at play, Choy fails to achieve her goal and instead, the movie is a disjointed, hodge-podge of interviews and scenes that merely perpetuates stereotypes of the Ghanaians rather than enlighten the viewer to any cohesive point.

Ghina opens with the Chinese construction of a hospital in the capital. As we learn from the English-speaking Chinese boss, this hospital is a donation to the Ghanaian people.   While the undercurrent is clear – that China is likely getting something in exchange for this “donation” – the movie fails to ever explain what that exchange is. There is vague reference to “Chinese illegal mining” but the movie never explains just how illegal and damaging to the environment that mining is to a country that still largely relies on agriculture and thus is sensitive to environmental pollution.

And that is the major problem with Ghina. It barely scratches the surface and as a result, fails to explain, either on the micro or the macro level the complexities of China’s investment in Ghana. It is not all bad. As Ghina points out, roads are being paved, hospitals are being built and ambitious Ghanaians are learning new skills and technology. But at what cost? And ultimately, at what benefit? Is China just another colonial-like power in Ghana, intent to strip it of its resources and go, leaving Ghana worse off than before? Or is it committed to the development of Ghana, where the country and its people can share in the prosperity?

Ghina also fails to adequately address the fact that many of these new Chinese construction projects aren’t job-creators for Ghana.  Instead, 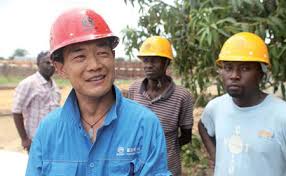 the Chinese company often imports the Chinese labor with the construction materials, giving only a few jobs to the locals.

Only in one scene – where what appears to be an NYU professor traveling with the film crew interacts with one of the Ghanaian professors (who judging from his wardrobe is doing quite well) – do we see the kernel of the greatness that Ghina could have become. In that exchange, the Ghanaian professor defends the Chinese actions, acknowledging that the Chinese are only taking advantage of loopholes that the Ghana government allows. And on some level that is true. However, in the case of Chinese mining in Ghana, these aren’t loopholes. These are largely illegal actions that since the summer of 2013, the Ghanaian government has begun to crackdown on, deporting thousands of Chinese immigrants.  The movie fails to point that these referenced loopholes are actual illegalities.

Unfortunately, with an issue like Chinese investment in Africa, it is difficult to tell a coherent story just by looking at a few vignettes of individual people’s lives. While Ghina attempts to do that, it largely demonstrates that this type of storytelling ends up telling little to no story at all. Instead, check out the Guardian’s 15 minute video on illegal mining in Ghana for a more nuanced understanding of the Chinese in Ghana.

One Response to “Just for Fun: Movie Review – Ghina”