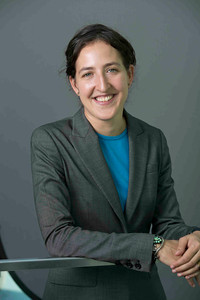 Back in January, Beijing saw some of the worst air pollution in its modern history.  Even the state-run media, which usually tries to cover up environmental disasters, openly discussed the off-the-chart pollution levels that were literally suffocating the city.  Did this open discussion signal change?

Certainly over the past decade China has passed many environmental protection laws.  There has been increasing citizen awareness and on occasion government responsiveness.  But what role has the law and litigation played in moving Chinese society forward?

Fortunately, China Law & Policy was able to sit down with Rachel Stern, assistant professor of law and politics at UC Berkley and author of the amazing book, Environmental Litigation in China: A Study in Political Ambivalence

Below is the audio and transcript of part 1 of a three part series.  In Part 1, Prof. Stern  discusses the origins of China’s environmental rights movement and what that movement looks like in an authoritarian state.

Click here to listen to the audio of the interview with UC Professor Rachel Stern
Length: 10:08 minutes (audio will open in a separate browser)

EL: Thank you for joining us today Rachel.

EL:  Let’s start with the pollution in Beijing this past January, specifically the horrible smog that covered the city for days with residents being warned not to leave their homes.  A lot of outsiders compared the Beijing smog in January to the Great London Smog of 1952 or the New York City killer smog of 1966.   First off, do you think it’s fair to compare Beijing’s pollution to London’s in the 50s or New York in the 60s?  Is this the same level and type of pollution?

RS: Well, I can certainly see where the comparison is coming from.  All those examples you mentioned are all examples of air pollution in major 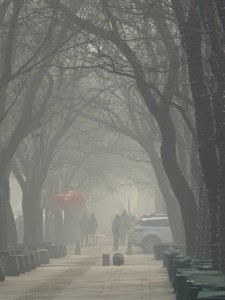 cities that are the outcome of industrialization and economic development.  They’re huge crisis events that really galvanize the public and draw attention to an issue area.  So sure, I think the comparison is fair.

Whether or not it is totally accurate is a little harder to say just because, at the risk of sounding like a social scientist, it is hard to get data that is exactly comparable.  So one of the things that was in the news that you are probably know about was that China just started measuring particulate matter under 2.5 microns in January [2013].  So whether or not the quality of the smog is exactly the same, it’s really hard to compare.  That London smog that you mentioned, I just glanced back at some of the historical accounts, there were accounts that 4,000 people died in that smog.  So that’s not quite the same as the “air-pocalypse” that were coming out of.

But I do think that the events are comparable in terms of drawing attention to a problem and galvanizing the public behind the issue.

EL:  And that’s what I think a lot of foreign journalists and China watchers kind of also looked at when they compared Beijing to London and New York.  That they argue that these kind of incidents are necessary to get the society on board to promote environmental awareness and movements.  But to what extent do you think China is different from London or the United States?  Do you think the fact that China is a one-party state with a developing legal system will cause a different result?

RS:  Of course.  The fact that it is a one-party state with a developing legal system shapes all the possibilities for environmental activism in China.  But let me talk about the part where they are actually kind of the same.  I think one of the things we see in environmental movements worldwide is the difference between crisis events and chronic problems.  Chronic problems: the fact that air pollution is terrible day in and day out, in general what happens is that people learn to live with it.  It just becomes the new normal.   Sometimes you get this with Chinese friends who are visiting the States for the first time and hadn’t realized that it could be different.

The role of the crisis event is to create a sense of urgency.  Crisis events for that reason tend to play a really large role in environmental movements.  So I am actually hopefully that the air-pocalypse will play a similar kind of role in China as the Great Smog and other events like that did in the United States.

What’s so different in China is that the opportunities for public participation are so much more limited.  We’ll talk more about this but it’s really hard for NGOs  to bring environmental litigation under the current legal system.  So that’s really different than here in the United States where NRDC and the Sierra Club were really instrumental in some of the major pollution law suits in the 1960s and the 1970s.  And of course there is no elections [in China].  That’s really different from Japan where the LDP started to take on environmental issues when they started losing elections over it.  So that mechanism of accountability is somewhat broken in the Chinese case as well. 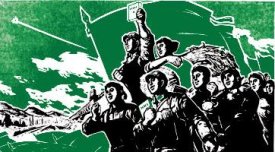 From a red China to a green China?

EL:  You had mentioned in comparing London and New York to Beijing, it is kind of similar path with the industrialization so let’s rewind a bit with China and focus now just on China.  China basically starts industrializing in the early 1980s with Deng Xiaoping.  With that we see the increasing environmental pollution and degradation.  But when do you see the development of an environmental movement or concern about the environment?  I know the past decade we have seen a lot of laws but do you see it before that and was there a certain incident or crisis moment that really sparked public and government attention to the issue before 2000?

RS:  I always felt uncomfortable talking about China’s environmental movement.  I think I only started using that term with some degree of comfort maybe last year.  It was really recent.

EL:  What made you uncomfortable about using it?

RS:  Well, movement implies a sustained political push by a large group of people.  China’s first environmental NGO is founded in 1994 by Liang 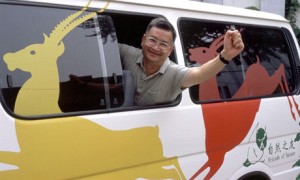 Liang Congjie celebrates some of Friends of Nature’s victories

Congjie; that’s Friends of Nature.  That’s sort of the first generation of environmental NGOs in China is the in 1990s.  They had a few really notable successes, particularly drawing attention to the hunting of a rare Tibetan antelope.  That was one of the big, early Friends of Nature successes.  But throughout that early period, the NGOs are really focused on environmental education and raising awareness of environmental issues.  And they really had their work cut out for them.  When I think about surveys from the 1990s they were just a few but they are really super interesting.  One of the survey questions that got asked for example in Anhui province was “have you ever heard of the term environmental protection; have you ever heard of the term ‘huangbao’ [环保] “  Over 90% of people said “nope, never herd of it.”

EL:  Who were these surveys given out to?  Who gave out the surveys and was it then just to the general public?

RS:  No, it was to the general public in a rural part of Anhui province.

EL:  Was this sponsored by the Friends of Nature NGO? 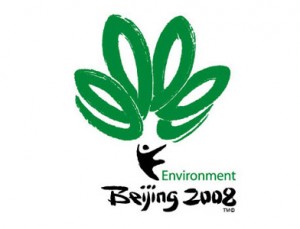 RS:  No, this was a group of environmental researchers that were mostly based in the US.

So that was the story throughout most of the 1990s.  Then attention to environmental issues really started to pick up in the 2000s.  There was a dramatic expansion of the NGO sector in general and a blossoming number of environmental NGOs were a big part of that story.  With more groups you got more diversity of approaches.

This coincides with a time when the central government started making environment more of a priority too.  So one of the key moments was in 2007 when Wen Jiabao introduced the phrase “ecological civilization” – shengtai wenming [生态文明] – at the 17th Party Congress.  A lot of observers, both within China and outside of it, really saw that as a sign that environmental issues were rising in prominence for the central government.  So that was a big event that 17th Party Congress.

The Green Olympics of course in Beijing – is it going to be possible to hold the Olympics in one of the world’s most polluted cities?  That was a huge event in the 2000s.

Also the cancer villages and the amount of media attention surrounding villages were there were lots and lots of people dying of cancer.  This was all the Chinese media, not the international media.  But the linking of those cancer cases to pollution [was important].

Those are three of the events in the 2000s that really, really jacked attention to environmental issues inside of China.  And as the decade has worn on we have started to see more of the NIMBY [Not In My Back Yard] protests especially in the urban areas.  I finally started to feel more comfortable thinking about an environmental movement.  It’s widespread enough and it isn’t just a few people.

EL:  You had said before that you don’t have elections in China and that there is less accountability but this media attention to some of these 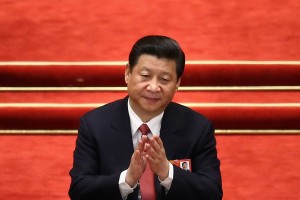 cancer villages, the fear of 2008 Olympics being a pollution nightmare for the government, there is in a way some accountability.

RS:  I think there is definitely responsiveness.

EL:  Yeah, I guess that is different.

RS:  Yes.  I think there is some degree of accountability too through responsiveness.  It’s just that the mechanisms are different.  In democracies elections are the mechanism by which government officials are held accountable.  And here [in China] you have a government that is really trying to be responsive and you see this all the time in the kind of NIMBY protests that come out of urban areas.  They [the Chinese government] actually back down quite a bit and give urban residents what they want.  But that’s because of fears of unrest or media pressure or being embarrassed; not because of elections.

EL:  Now in terms of the Chinese government responding to some of this pressure.  So the past decade has seen enormous amounts of laws written for environmental protection and you discuss this in your book Environmental Litigation in China.  Based on what is written, how well written are [these laws] and how thought out are they? 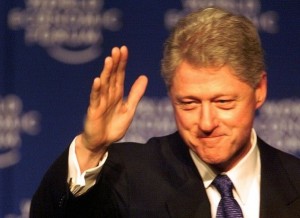 And you thought the 1990s was just a good time for this guy? Also boom time for Chinese legal drafters.

RS:  I think they’re pretty well thought out.  It’s part of a big trend toward drafting lots of laws.  The 1990s and 2000s were boom times for legal drafters in China.  There are laws being drafted all the time on all subjects; we can’t have gaps.  Often the process of legal drafting is really a thoughtful one – of looking around the world, seeing what other countries do, trying to pick and choose the elements or the best practices that are really going to work well for China.

So I think over the course of the last decade, the consensus has changed a little bit from saying China doesn’t have enough environmental laws to saying well the laws that we have on the books, they’re not perfect but they’re not bad.  So I think the consensus has shifted to thinking that the problem is really about enforcement, about the gap between what should be happening and what’s actually happening.

Interested in purchasing Prof. Stern’s book? You can purchase it here: Environmental Litigation in China: A Study in Political Ambivalence