Just For Fun: What to Get your China-Watcher Friends for the Holidays 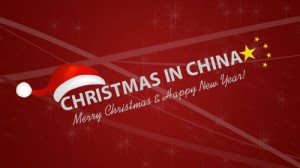 It’s that time of year again, when people endlessly ask: what is a good holiday present for my friend who is really into China?  China Law & Policy has heard your pleas and as a result, we offer you our first annual China Christmas Wish List.  So below is a list of some gift ideas for those friends in your life who feel the need to randomly drop Chinese words and references into conversation.

Peter Hessler has written the books that most China-watchers wished they could write.   His first book, River Town: Two Years on the Yangtze

, tells the story of his time as a Peace Corp volunteer, watching a small river town on the banks of the Yangtze transform before his eyes; a microcosm of greater China.  Hessler perfectly communicates the hopes and dreams of his ambitious student including the memorable William Jefferson Foster.

His second book, Oracle Bones: A Journey Through Time in China

, is arguably his best if you like to read about history.  Oracle Bones traces China’s past through three different narratives  – one story returns to the tales of William Jefferson Foster; one examines the plight of a Uigher man trying to succeed in Beijing; and the third story traces the history of the Chinese language from scratches on oracle bones to the almost complete Romanization of the language and the eradication of characters.  But for those who prefer to pontificate about China’s future, there is Country Driving: A Chinese Road Trip

which traces the lives of many factory workers and businessmen in southern China who are arguably responsible for the changes that have pushed China forward and it also unshackles it from its past. 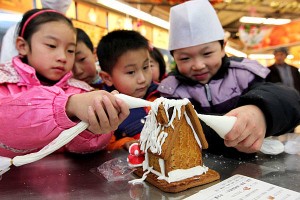 If your friend speaks and reads Chinese and doesn’t have this nifty little dictionary on his or her phone, this is a must.  Not only can you look up Chinese words through pinyin, but with finger recognition, you can draw an unfamiliar character and the dictionary will find it.   Software is available for both the iPhone and the Android.  For the Android, the basic software runs $39.95; on the iPhone, the price is similar.

China Law & Policy interviewed Pleco’s founder and CEO Michael Love in what proved to be a fascinating interview about the study of the Chinese language.  You can find that interview here.

Here is another great language tool although, at $99 for a yearly subscription, it likely puts it at a price point that excludes it from most workplace’s secret santas.  But it’s a great way to practice your Chinese while on this side of the planet.  The lessons are fun, with native speakers with different accents.  Topics range from what’s hot on TV in China to recent changes to China’s laws.  Save the lessons to your iPod and you can practice your Chinese on your commute!

If you are looking for a cheaper present but still allows your friend to practice his or her Chinese on the commute to work in New York, buy him a metrocard and tell him to get on at Flushing. 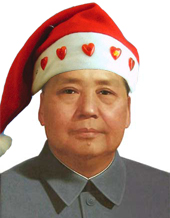 (4)   Prof. Stanley Lubman’s The Evolution of Law Reform in China: An Uncertain Path

Unfortunately this book falls way outside of the price limits for most secret santas.  But if you have $450 to blow on a China-law-loving friend, this is the way to go.  This anthology has some of the most noteworthy essays and articles about China’s legal reform written in the past 15 years.  Prof. Lubman, the editor of the anthology and a China hand for the past 50-odd years, sets the stage for the book in its introduction, noting the ambivalent and at times regressive nature of Chinese legal reform.  The authors of the eclectic articles are both Chinese and Western providing for dueling perspectives.  The book feature some great articles from He Xin, Zhu Suli, Eva Pils, Don Clarke, Carl Minzner and Jerome Cohen.

This book, a true story of the murder of a young English woman in the 1920s Beijing, is a great read and one of my favorite books of the summer.  It’s a Law & Order episode set in a long-gone and much more frightening Beijing.  If you have a friend who is planning a trip to Beijing in the near future, this is a great read for the plane.  What’s more, once she arrives in Beijing, certain old structures – the Watchtower, the old Citibank building, St. Michael’s Church – will never look the same as before.

The full China Law & Policy review of Midnight in Peking: How the Murder of a Young Englishwoman Haunted the Last Days of Old China

can be found here.

I did not expect to like this book – I’m not a big fan of NBA basketball in the United States, so it seemed like NBA basketball in China would be even less interesting.  But Yardley does a great job at telling a fun story about a loser basketball team in China trying to make it big with some NBA talent.  More importantly, Yardley uses the tale the symbolize some of the problems and some of the successes in U.S.-China business relations.

This is a particularly great gift if you like China AND basketball.  For China Law & Policy’s review of Brave Dragons: A Chinese Basketball Team, an American Coach, and Two Cultures Clashing 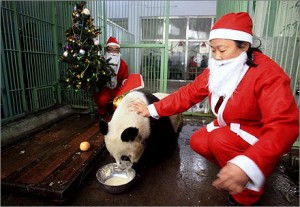 China watchers – even jaded, cynical ones who talk about China’s coming collapse – love pandas.  It’s totally not a stereotype.  As much as they would hate to admit it, it’s true.  So when in doubt, get your China friend something with pandas.  The weirder the better.  Here are some ideas: 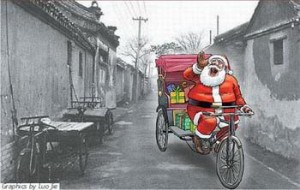 That does it for China Law & Policy‘s recommendations for some holiday gifts.  Have recommendations of your own?  Help out other readers and put your thoughts in the comments section.

Have a happy holiday and healthy new year!

3 Responses to “Just For Fun: What to Get your China-Watcher Friends for the Holidays”