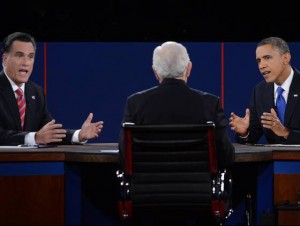 On Monday night, the world experienced the third and final presidential debate.  This time, topic was pure foreign policy, or at least it was suppose to be.  Needless to say, China Law & Policy was anxiously watching – China’s rise was supposed to be one of the few subjects to be discussed.

After an hour and twenty minutes, the debate finally turned to China.  With less than ten minutes, each candidate was forced to discuss his policy toward the world’s second largest economy and a rising global power.

Was ten minutes sufficient to discuss a foreign policy matter as important as our economic, military and moral relationship with China?   Absolutely not.  One hopes that the next president has a policy toward China that is more complicated than what can be explained in less than his allotted five minutes.

But in all fairness, the lack of attention to China was likely not a result of ignorance of China’s importance vis-a-vis the United States.  This debate is for the American people and let’s face it, right now the Middle East is at the forefront of most American minds.  For the past few months, Syria, Iran, Afghanistan, Pakistan, or  Libya, have appeared on the front page of major national newspapers; it’s in this region where American lives are on the line on a daily basis; and with all the saber rattling in the region there is a very real fear amongst Americans that the U.S. entanglement in a third war in the region is a possibility.

While we would have liked to have seen more discussion on China, the focus and time spent on the Middle East was necessary.  And hey, China should feel lucky – it got more time than the European debt crisis (0 minutes) which arguably is a much more time-sensitive crisis with severe, global repercussions.

But back to China.  Between the two candidates, there was no clear winner or loser in terms of China.  The only real loser was Bob Schieffer who 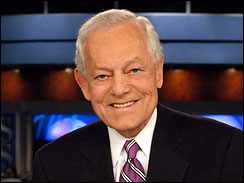 What was the most interesting aspect of the debate was that it was perhaps the clearest representation of how similar China policy is and has always been between the two parties.  Each candidate began his statement on the importance of the U.S.-China trade dealings and the symbiotic relationship between the two countries.  Neither candidate discussed cutting or changing this mutually dependent relationship.  Instead, each candidate underscored the need for China to “play by the rules” and trade fair – Obama highlighted the many WTO cases his administration has brought, and won against China, and Romney emphasized the need to protect intellectual property.  So in reality, the two China policies were pretty much the same.  Two key differences, and where each candidate lost equal points, were the following:

On China – Same, Same but Different

Missing from the discussion was any mention of the Senkaku/Diaoyutai islands, the U.S. military’s abysmal relations with the Chinese military, reasserting US power in the region, potential Chinese cyberattacks, or human rights.

In the end, the debate did little to distinguish between the two candidates in terms of China.  Anyone who is an undecided because of China issues will likely stay that way.

3 Responses to “China & the Presidential Debate”